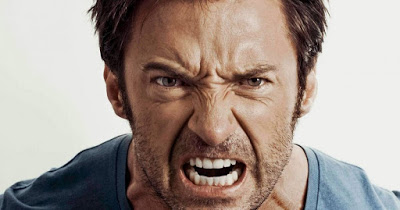 Do you often get angry? Don’t you know how to control anger?Sooner or later it is something that has happened to us all.

In fact, anger is a response triggered when something hasn’t gone according to plan, when the world doesn’t correspond to our expectations.

From this perspective, getting angry is equivalent to behave like a small child who is not able to adapt to circumstances and responds adaptively. We get angry because we haven’t learned to react differently, because we let the oldest part of our brain take control and in our mind occurs an emotional hijacking.

However, we can learn to react in a different way, we can handle the emotions and respond more assertively without attacking the person in front of us and without hurting ourselves, by the moment that anger also hurts us, and a lot.

1. Time out. Make a mental pause before answering. Anger is not a volcano exploding unexpectedly but a process in which we feel the rage growing and becoming stronger. Therefore, when you notice these signs, make a mental pause: you can count to 10, breathe deeply or do something relaxing. With this simple trick you will achieve to establish a psychological distance and you’ll regain control over your emotions.

2. Be explicit. The fact that we are able to control anger doesn’t mean that we should hide. Sometimes it is important that our interlocutor understands how we felt so that this situation won’t be repeated. In this case, explain as clearly, direct and calm as possible, the reason of your anger. Sometimes, the simple fact that we recognize to be angry and we make it notice to the other person, has a cathartic effect to helps us calm down and release the tension. Remember that emotions should not be denied or hidden, we only need to learn to express them assertively.

3. Take responsibility. When we get angry, we tend to speak in general terms or even accuse the other. Thus, we generate a crescendo of discomfort that only leads to a dead end. Therefore, a simple strategy for anger management is to speak always in first person, avoid blaming others, express our ideas and emotions and take responsibility for them. Recognizing that you’re angry, for example, it’s a good start.

4. Think in terms of solutions. Most people think in terms of problems, especially when they experience negative emotions such as anger and rage. In this way, everyone took cover behind these problems and they grow. However, by the way anger usually stems from disagreements and conflicts, focusing on possible solutions can give a radical change to the situation. Therefore, it is desirable not to focus on the problems, but on possible solutions.

5. Let go of the grudge. Sometimes, anger isn’t caused by the situation we are living but by our previous experiences, although we are not always aware of it. It means that we face a particular situation dragging a heavy burden of resentment. Thus, anything the other person says or does, will become the fuse that ignites a fury that was about to explode. Therefore, to control anger is essential to let go the resentment. Keep always in mind an old proverb: “Fool me once, shame on you; fool me twice, shame on me”.

6. Do not generalize. Words such as “never” or “always” are common when we are irritated and angry but only serve to add fuel to the fire. So when you’re upset, try not to generalize, be specific and focus on the problem to solve. Remember that logic conquers anger and that anger feeds irrationality. Take charge of the matter, try to reach an agreement that is satisfactory to both.

7. Do not try to be right. On the basis of rage lies a very simple message: “I want things done my way”. People who get angry often think they have the truth in their hands, so anything that blocks their plans automatically becomes an offense. Therefore, for learning to control anger it is essential to get rid of the role of judges, avoid thinking that we are right and we want to win. We have to assume that most of the conflicts and problems that arise in everyday life are not a personal humiliation.

8. Have fun. It may seem an impossible mission. In fact, it is hard to have fun when we are angry. However, the “silly humor” is a very effective strategy to control anger. Laughing at the problems doesn’t make them disappear but helps to play down and create a mood that lets you face them more constructively. You can make a joke, not sarcastic (because this tone will only serve to further heat up the mood), or you can even recreate the situation that you are living in your mind, adding sympathetic or outlandish details.

10. Think of the consequences. It is important to think about anger and its consequences. Think about how you felt and how long did it take you back to normal. Reflect on what you got with that behavior. You will notice that the first to remain harmed have probably been you. Anger is a very damaging emotion that snatches the peace and disrupts your psychological equilibrium so that soon you will come to the conclusion that it’s not worth to get angry. The next time you feel anger growing within you, ask yourself: is it worth losing my mental stability for that?

In some circumstances, especially when an injustice is committed, it is understandable to react with some degree of anger. However, some people have become chronically angry, they bother with anything and can’t overcome that emotion carrying it with them wherever they go.

Chronic anger is a child feature that indicates that we aren’t able to cope with frustration and want always be right. In these cases, you should ask yourself some questions:

– Why do I choose to be angry at each situation?

– What I’m doing to create situations that generate anger continually?

– Is it the only way that I can react?

– Who am I punishing with such behavior?

– Why I want to be permanently angry?

– What thoughts cause or feed that anger?

– How my attitudes can affect others?

People with chronic anger believe that anger is the only way to get what they want. Therefore, it is important to understand that there’re other ways of reacting, much more effective and less harmful to everyone, including themselves. Look in the mirror and ask yourself what you really want and what makes you happy. Then, work on it.