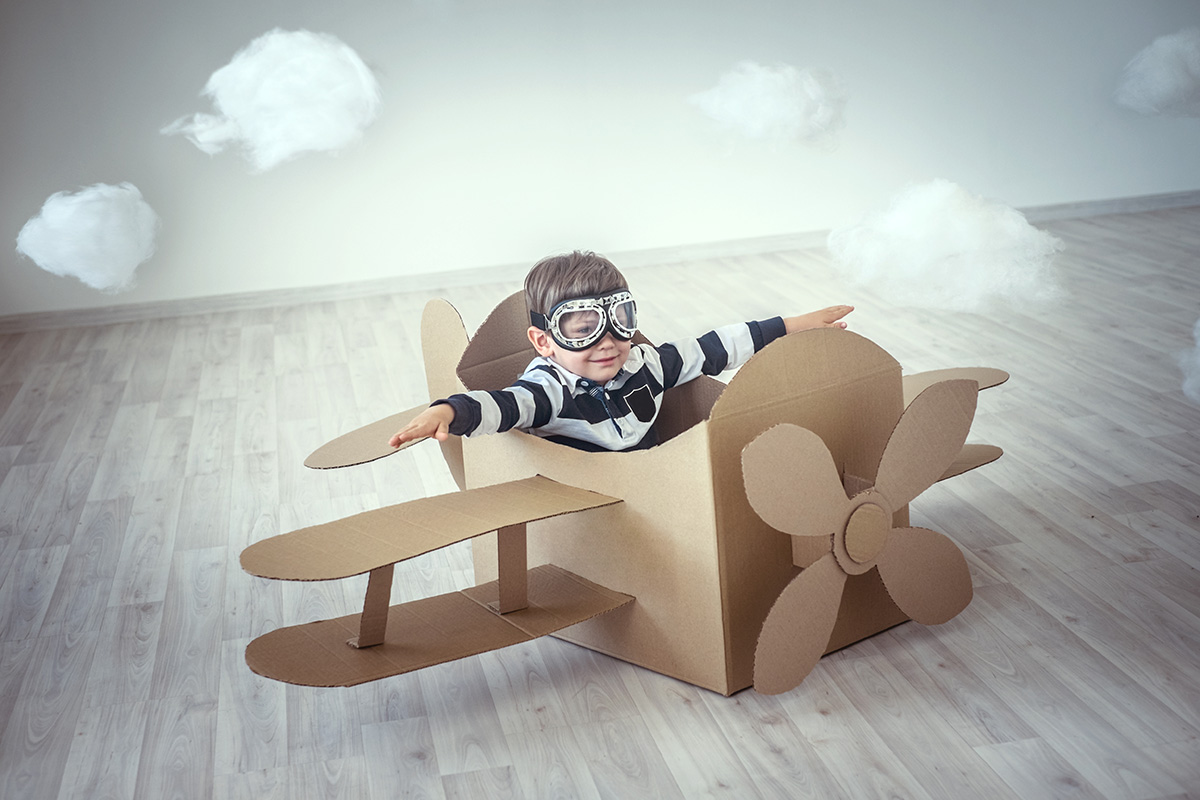 We are all conformists, whether we like it or not. It is part of human nature. We could not live in society if we did not have a conformist side. For everything to flow, a certain degree of conformism is needed.

Social psychology recognizes two main reasons for being conformist. One has a pragmatic character and is related to the domain of information. For example, we think that if many people cross the A Bridge and avoid Bridge B, they might know something we do not know.

To be sure, it is better that we too cross the Bridge A. In fact, one of the great advantages of living in society is that we do not have to learn everything by trial and error. We must not try to cross Bridge B and risk falling to realize that we should not have done it. If we see that other people avoid it and survive, we simply imitate them. This is known as “informative influence”.

The other main reason for conformism is based on group cohesion and the desire to be accepted by others. Whether we like it or not, we depend to a large extent on others. Social groups cannot function unless there is a certain degree of cohesion among the members, which also implies a certain degree of behavioral conformity and common goals.

Conformism allows a group to act as a coordinated unit rather than as a sum of separate persons. This is why we tend to assume the ideas, traditions and habits of the groups to which we belong. This promotes acceptance and allows the group to function as a unit.

In this case, we think that if we all cross Bridge A, is because we are “the people of Bridge A”. And we are proud of it! If someone crosses Bridge B, maybe he does it because he does not want to be part of your group, so it will seem odd, possibly dangerous, and he is likely you avoid him. This type of conformism is called “normative influence”.

Social influences and conformism are not negative phenomena, or at least not completely. But sometimes our tendency to conformism can make us say or do things that make no sense or that can even be harmful. And all this affects, whether we like it or not, in the education of our children.

A painful social norm that lasted a thousand years

Every culture has its social norms and we follow them fundamentally because of the negative consequences that it implies to be different. In general, most of these rules are positive, but some are harmful or even cruel, like the Chinese habit of wrapping girls’ feet, a tradition also known as “lotus feet”.

For about a thousand years, from the tenth century, the Chinese girls were bandaged their feet. Normally the practice began between 4 and 6 years, the girls’ feet were bandaged with increasingly narrow bandages. The process involved deliberately breaking the bones of the toes and the arch, to bend the fingers down, so that the feet were much smaller and conform to the standards of beauty of the time.

In addition to being an extremely painful process, women also had difficulty walking normally for life. This procedure could also cause infections and more than one girl died of gangrene. 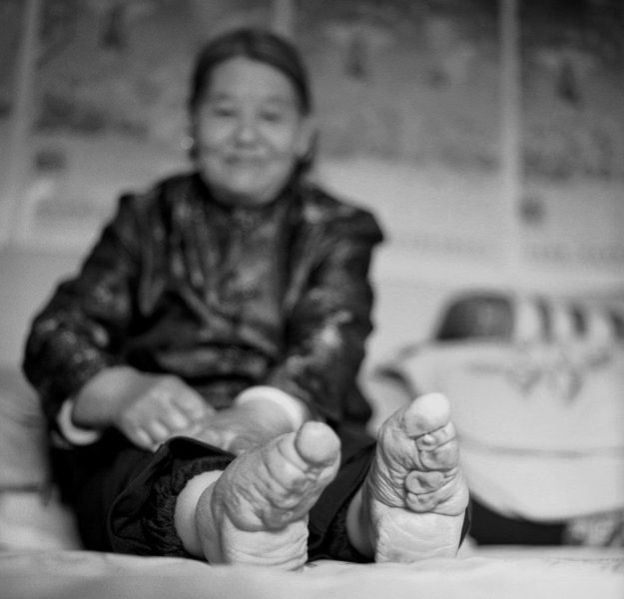 Historians hypothesize that this practice began in the tenth century, when Emperor Li Yu was fascinated by the seductive dance of one of his concubines, whose feet had been bandaged. So other ladies of the court began to bandage their feet, and gradually the practice spread to the rest of the population and became increasingly extreme. In the middle of the seventeenth century, the foot bandage was so widespread that most of the girls and women in China had small feet.

The only ones who managed to escape this practice were the last daughters and those who came from very poor families, because they needed strong feet to work as servants or in the fields. Thus, large feet became a sign of belonging to the lower class, while small feet facilitated marriage to women.

Later were carried out campaigns to try eliminate this practice, but the social norm was so rooted that they were not very successful. Mothers continued to wrap their daughters’ feet, not because they were “bad” but because they had good intentions, they believed it was a necessary evil to make life easier for them in the future.

It was only in the nineteenth century, with the arrival of Western ideas, that the women of the upper class gradually ceased to wrap their daughters’ feet, so at the beginning of the twentieth century this secular practice disappeared.

Today we do not blindfold children’s feet, but there are other ways we interfere with their development. By nature, children must develop physically, socially, emotionally and intellectually through play and exploration, along with other children. In fact, during most of human history, except in periods of slavery or intensive child labor, children spent much of their time playing and exploring with other children, away from the constant supervision of the adults. Free play was their main source of joy and the natural way to learn how to become independent, responsible and competent people.

Only 30 or 40 years ago, it was still common for parents to let the children play outside the house, where they could find other children and play what they wanted. However, in the last decades have gradually developed a series of social norms that prevent this type of game. And the curious fact is that there are good reasons to believe that these rules that restrict the freedom of children are one of the main causes of the record levels of depression, anxiety and other mental disorders that proliferate among today’s youth.

From 1950 to today, the symptoms of depression and anxiety in children and adolescents have skyrocketed. Currently, 85% of children and adolescents show much higher levels of depression and anxiety than the 1950s. Between 1938 and 1955, only 1% of children suffered from childhood depression, between 2000 and 2007 this figure reached 8%. Between 1950 and 2005, the rate of suicide among children under 15 years in the United States has quadrupled. Perhaps, depriving children of free play with their peers outside the four walls of the house is as cruel as tying their feet.

In fact, it is curious that many parents recognize that their children play outside with other children much less than they did when they were the same age. Many of them are aware of the importance of free play, away from home and with other children. However, they say it’s impossible, especially because other parents do not let their children go out to play. On the other hand, they explain that if others see their children alone on several occasions, there is a good chance that they will inform the social services and conclude that they are negligent parents. In the case of these parents, the fear of what others may think and compliance with the social norms imposed, prevents them from giving more freedom to their children.

There is no doubt that social norms can become moral imperatives and, when that happens, it is particularly difficult to violate them. Moral judgments prevail over common sense. If a practice is perceived as immoral or wrong, even if there is no contrary evidence and logic dictates that it is actually useful, conformism will make us follow the moral imperative.

A particularly alarming study conducted at the University of Michigan has revealed how the distribution of time in children between 6 and 8 years has changed in less than a decade. The little ones dedicate 25% less time to play, which is basically direct and with electronic devices, while playing time decreases by 25%. On the contrary, they spend 18% more time at school, 145% more time doing homework and 168% more time shopping with their parents.

Unfortunately, the current social norm of extreme child protection is not just a social norm, it has also become a moral norm. If parents do not watch continually their children or leave them with someone, they are misunderstood and labeled as negligent.

In this sense, a study conducted at the University of California revealed how moral judgments can cloud our reasoning. The research involved more than 1,500 adults of different origins. Everyone read stories in which a child was left alone for a certain period of time. For example, in a story, an 8-year-old child stood alone for 45 minutes, reading a book in a café a block away from his father. After each story, people had to assess the degree of danger to which those children were exposed while their father was absent.

Surprisingly, many people felt that the child was in a situation of extreme danger. But the most curious thing, which denotes a basic moral judgment, is that people were more likely to increase the degree of danger when they knew that the father had left the child alone deliberately. The degree of danger diminished if the story said that the father had been forced to leave the child alone due to an inevitable accident.

However, this perception goes against logic, which tells us that if a father deliberately leaves his son alone, it is because he has already weighed the risks and leaves him in a safe place, and if he had to leave due to a sudden accident, he couldn’t take the necessary precautions. But even so, the participants judged against common sense, applying a moral rule: children must be constantly monitored.

Of course, it is important to make sure that children live in a safe environment, but perhaps the fear for their safety is making us move from protection to hyper-protection. Perhaps it would not be so bad for children to socialize with their peers in open spaces, where they can also play what they want and have the opportunity to develop the social skills and emotional intelligence essentials for their adult life.