Home » The habit that will trigger your emotional intelligence 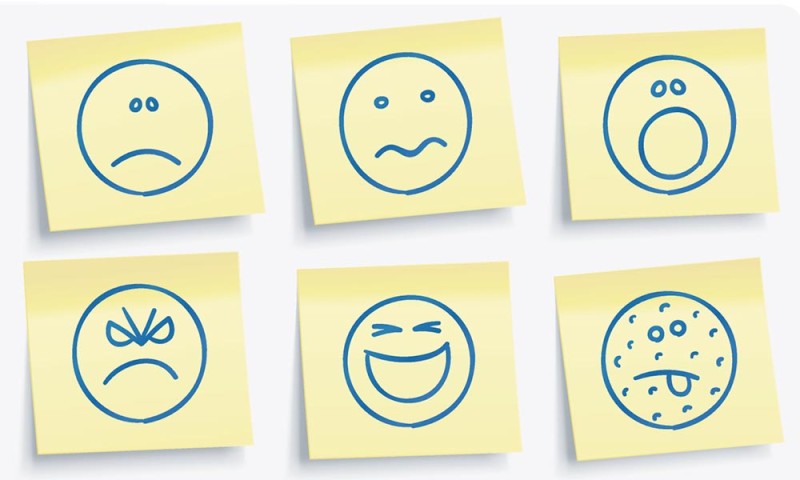 Emotional intelligence is important, we all know that. And we all want to develop it. We know that if we are aware of our emotions, if we understand the cause and are able to catch the first subtle signals before losing control, we will be able to better manage them and even use them to our advantage.

But often we don’t know where to start or may feel overwhelmed by all the changes we face. As a result, we don’t do anything, getting stuck in our comfort zone. Therefore, it is important to have the courage to take the first step, however small it may be. In fact, the first step won’t get you where you want, but it will allow you to get out of where you are.

The basic skills of emotional intelligence

First, it is important to know that emotional intelligence is a complex concept that involves different skills:

– Auto-emotional awareness. Understanding how our emotions and feelings influence our behaviors, attitudes, expectations and decisions.

– Auto-emotional adjustment. Reflecting and managing our feelings and emotions, not to act rashly and impulsively. It doesn’t mean ignore the emotions in decision making, but give it the right weight, no more no less.

– Self-motivation. Being able to direct emotions towards our goals, using them to our advantage to keep us motivated and overcome the obstacles we encounter along the way. Implies, somehow, to keep positive and develop a proactive attitude towards life.

– Empathy. Not just means understanding the views of the others and their decisions, but also share their emotions and be able to capture their emotional states from small non-verbal cues, so you can establish a closer bond.

As you can imagine, for developing emotional intelligence we need a lot of work. But there is a small “shortcut”, a good starting point, which will allow you to give an impetus to this ability. It is a very trivial secret: take a break.

Easy in theory, difficult in practice

Taking a break, even for a few seconds, can make a huge difference in our reactions. It is a very simple tip, but difficult to put into practice. In fact, even people who have an advanced self-control may have difficulty inhibiting their reactions after a bad day, when they have not rested enough or if they’re touched in a weak point.

But the benefits to pause before reacting are huge. In fact, those fractions of a second are more than enough to allow the rational brain to take control, so as to be able to think before reacting. This will prevent the production of a full-blown emotional hijacking, which you may regret.

The interesting thing is that a break is not just a good strategy for dealing with situations that make you nervous, irritated or angry, but also for those which seem good opportunities. In fact, responding positively and quickly, carried by happiness or the excitement of the moment, is one of the worst mistakes we make often and in different situations, from taking advantage of that discount that looks so good when we are in the store, and then it turns out not to be, to say yes to a project that we are not able to carry on just because we are flattered by the proposal.

Taking a break will allow you to focus on the problem. You have to know that the first emotional reaction will always be centered on yourself, on what you feel compared to the situation in which you are. In fact, it is a very primitive mechanism of analysis produced in our emotional brain, through which we evaluate in a few milliseconds how a given situation makes us feel. However, the break will allow us to move to the next level and give a reasoned response, more centered in the others, more neutral and probably more conciliatory.

The 3 essential steps for taking a break

When you have to face any situation, one of those you care about or that excites you, you’d better make a small pause before deciding or react.

1. Recognize. The first step is to learn to recognize these internal signs indicating that emotions are taking control. Every person is different, so has necessarily to learn to distinguish those little clues that sends his body. For example, for some people anger is like a flame that rises in the chest, while joy is a feeling that pervades them.

2. Stop. Resist the temptation to take immediate action, saying the first thing that goes through your mind. Be aware of that impulse and take the decision to detain it. At the same time when you choose to detain the impulse you’re ceding control to the rational brain.

3. Breathe. To fight the urge, it will be useful to take a long, deep breath. Inhale the air through your nose, Hold it for a few seconds, keep focused on the movement of the chest and abdomen and then release it as slowly as possible through your mouth.

At this point, you will probably be ready to respond. If not, at least you’ll understand that it’s not the best moment to take action or make a decision. In this case, go for a walk or do any other activity, establishing a physical distance and walking to clear your mind will allow you to react better.