Home » 5 essential oils to calm anxiety and stress: The healing power of smell 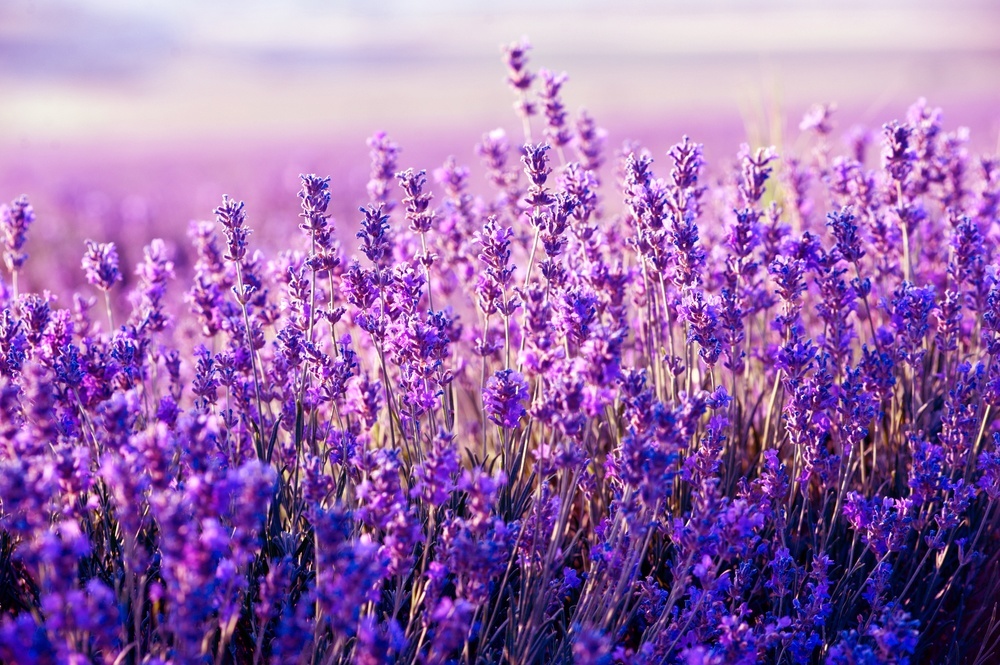 o you remember your first kiss? And the first time you’ve seen the sea? Remember that special moment at your grandmother’s house? Probably all of these memories are accompanied by a scent. In fact, there is nothing like the aromas to awaken particularly vivid memories.

But it is equally true that the sense of smell is one of the most undervalued, although in some cases it has a healing power. Smell is also one of the less studied senses, although it is known that the receptors in the nose send chemical messages through the olfactory nerve to the limbic system, a primitive area of ​​the brain associated with emotions, fear and memory.

In 2013 researchers at the University of Xiamen found that the olfactory signals generated by essential oils have an effect on the production of neurotransmitters, particularly serotonin and dopamine. This means that these aromas have an impact at physical level and not simply a psychological effect.

1. Lavender. Lavender has a very powerful aroma with a calming and relaxing effect. It also helps to sleep, relieves fatigue, is helpful in treating the symptoms of panic attacks and relaxes the nervous tension.

A study at the University of Central Lancashire found that oral administration of lavender essential oil, helped to reduce the heart rate of people while watching a movie that generated fear and anxiety. These researchers believe that its scent is useful to combat anxiety and prevent panic attacks.

2. Rose oil. It is also an essence used for centuries to relieve anxiety, stress and depression. In fact, it is particularly useful when the person suffers from panic attacks, is in shock or goes through a period of intense suffering.

A study conducted by the Iran University of Medical Studies involved some young mothers immediately after childbirth. These, which were subjected to an aromatherapy treatment for 10 minutes, with rose oil, reported a significant decrease of anxiety and stress.

3. Chamomile. The soothing power of chamomile is well known. However, the truth is that its essential oil is also helpful for reducing irritability and to get rid of ruminative thoughts and concerns.

In a study conducted at the University of Pennsylvania the psychologists worked with 59 people, some diagnosed with anxiety and depression. After the experiment it was observed that chamomile had actually an anti-depressant and anti-anxiety effect.

4. Ylang-Ylang. The Ylang-Ylang improves our mood, and is also used to relieve anxiety and depression. In fact, Korean researchers found that a combination of ylang ylang, bergamot and lavender is particularly effective for reducing the symptoms of anxiety, the level of cortisol in the blood and also the blood pressure in people with hypertension.

5. Incense. It is an aromatic resin less common of the essential oils mentioned above, but has a very powerful calming effect on anxiety and stress. In fact, a study conducted at the Keimyung University on people with terminal cancer, revealed that a mixture of incense, lavender and bergamot was not only very effective for reducing psychological distress, but also helped to ease pain.

How we can use aromatherapy?

In the first place, it is desirable to use pure essential oils, which are not mixed with chemical additives. It is also recommended to apply the “treatment” each day, for at least 10 minutes, for over a month.

With reference to the forms of application, the most common is through the inhalation of essential oils. The usual practice is to dilute a few drops of oil in hot water and inhale the steam. You can also dilute the essence in the water tub to take a relaxing bath, while you breathe in the aroma.

Another technique is to apply the essential oils directly on the skin, with a gentle massage. However, we have to keep in mind that some of these oils are very powerful, that’s whay manufacturers recommend diluting them with other oils. It is recommended to always follow the instructions for use.

Do we can cure anxiety with essential oils?

It depends on the level of anxiety. If it is a state generated by a specific situation of anxiety, such as a job interview, the presentation of a major project or an exam, essential oils can be very useful as it will help you relax and regain confidence. They are also very effective for relieving stress.

But when it comes to an anxiety that we drag for years or panic attacks, aromatherapy should be accompanied with psychotherapy. Essential oils help to calm anxiety and regain peace of mind, but you need to work at a psychological level on traumas, problems and beliefs that underlie anxiety. There are no magic formulas but a systematic effort.