Home » Women’s brain becomes old slower than that of men 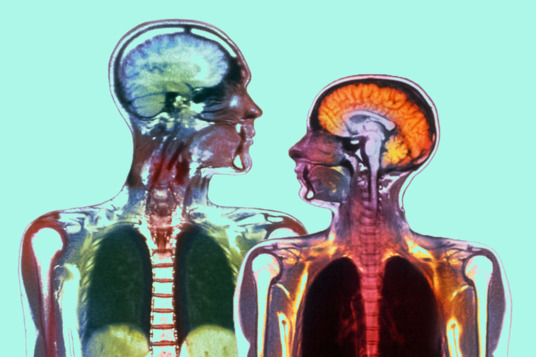 The brain changes with the passing of the years. The brain of an infant, for example, is not much smaller than that of an adult, but has many more neurons.

The problem is that these neurons are not fully functional because they are not effectively connected to each other. To the extent that we grow and learn, neurons get connected and occur gradual processes of synaptic pruning, which means that many neurons die, almost a half, while those that are part of what we might call “neural highways” are strengthened.

However, this does not mean that we lose neurons forever. Thanks to neurogenesis, new nerve cells continue to be born and grow in our brains. Obviously, the rate of neurogenesis decreases over time. It is estimated that when the third age is reached, the neurogenesis will be reduced by 25%. But the brain does not age the same way in men and women.

Although we cannot speak of a “feminine” or “masculine” brain, we know that there are some differences in the way women’s and men’s brains work. This was confirmed by a study conducted at the University of California, based on over 46,000 brain scans.

These neuroscientists have discovered that women’s brains are more active in two regions: the limbic areas related to emotions and mood, and the prefrontal cortex, linked to decision making, problem solving and the planning of complex behaviors. In the case of men, the most active brain areas were the visual and coordination centers. But the differences do not end here, it has also been found that men’s brains get older faster.

Another team of neuroscientists, this time of the University of Edinburgh, has discovered that there is a kind of genetic calendar that controls the way our brains change throughout life.

To identify this genetic calendar of the brain, they analyzed the gene expression in samples of brain tissue at all stages of human life, from development in the uterus to 78 years of age. So they discovered that there is a model for life. In fact, most changes in brain gene expression were completed during the middle age.

This genetic calendar controls how and when genes express themselves in the brain during the different phases of a person’s life, in order to perform a series of essential functions. In fact, the genetic calendar is so precise that it allows predict a person’s age simply by analyzing the genes found in a sample of brain tissue.

And the most curious thing is that this genetic calendar of brain aging is slightly delayed in women, compared to that of men. This means that the male brain ages faster. In fact, another study conducted at the University of Szeged found that the subcortical structures of the male brain age faster, which could explain why men are more susceptible to the development of neurological diseases such as Parkinson’s.