Home » Waking up early in the morning could be the worst mistake we make every day, according to science 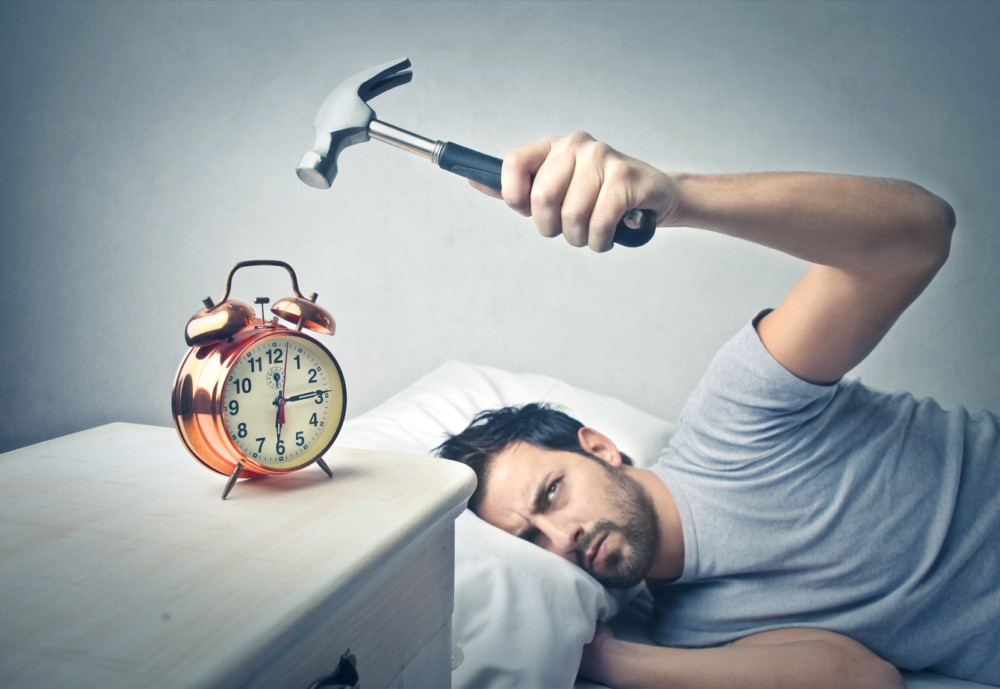 It is probable that on more than one occasion you have heard the phrase “God helps who gets up early in the morning”. This popular belief emphasizes what is a fact for many: getting up early is a positive value while staying in bed is synonymous with laziness.

But perhaps the reason resides in another popular Spanish saying that says exactly the opposite: “As soon as we get up, dawn will always rise at the same time”. The Westmister University researchers suggest that getting up early could be harmful for the body and mind.

Getting up early is very stressful

40 people took part in the study, who were asked to collect samples of their saliva eight times during the day, for two days in a row. The first sample had to be picked just awake and the last one before going to bed.

When analyzing the data, it was seen that those who woke up before 7:20 am had higher levels of cortisol, the main stress hormone, than those who woke up later. And the worst thing was that the cortisol level of these people remained high throughout the day, regardless of the number of hours of sleep.

At this point the researchers wondered if these people got up early because they were already stressed or if getting up early was what generated this increase in cortisol.

To find it out, they followed the participants for 10 weeks. In this way it was discovered that those who got up early also experienced more muscular pain, symptoms of colds, headaches and negative mood.

While it was true that those who wake up early showed greater ability to concentrate and a higher level of activity during the day, they reported even more physical discomfort, became angry and irritated more easily, and felt tired at the end of the day.

On the contrary, people who did not get up early reported experiencing less physical discomfort, a more positive mood and spent the day in a more relaxed way. These results were validated by a recent study at University College London with 30 airplane pilots.

Why getting up soon causes an increase in cortisol?

The level of cortisol, a hormone that is not only associated with chronic stress, but also with inflammatory processes that are at the base of cancer and a weakening of the immune system, can increase due to several factors. Apparently, getting up early is one of these.

A group of German researchers found that the increase in cortisol in persons who get up early in the morning is due to the fact that the circadian rhythm of hypothalamic-pituitary-adrenal activity is interrupted.

In other words, when we wake up naturally, we immediately recover consciousness, but we spend 20-30 minutes more to recover the state of alert. This allows our brains to adapt and disconnect areas that are no longer necessary while regulating hypothalamus-pituitary-adrenal activity.

Conversely, people who wake up early and stand up with the alarm sound, do not have this time to adapt and the change from sleep to wake is too fast. This sudden change, which Neuroscience calls “flip-flop”, is largely responsible for the increase in cortisol and the imbalance of other hormones.

Getting up early every day passes a high bill

The researchers explain that it is likely that the increased attentiveness and the best performance of those who wake up early in the morning is due to the increase in cortisol levels, as this hormone helps prepare the body for stressful situations by releasing stored energy.

But when this model is maintained over time it can become very damaging. In fact, cortisol also inhibits he body sensitivity to pain, which can be positive in a precise moment, but in the long run may prevent us from paying attention to the signals sent by our body. That is why when we cross a period of stress, we seem to have a huge amount of energy, but at some point, we collapse.

One possible solution is to use an alarm that is not too invasive but it helps us to wake up gradually. In fact, there are also some models that simulate the sunrise and may be useful because their light gradually modulate the hormonal changes.