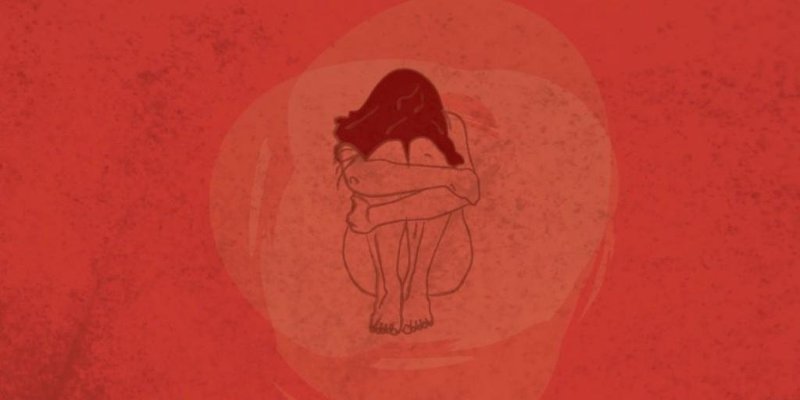 Anxiety attacks, best known in the field of psychology as panic attacks, affect about 3% of the population, although it is estimated that the incidence is even greater since many people do not seek medical help and are not being diagnosed.

The first anxiety attack can occur at any time and at any age, but usually the symptoms appear during adolescence or adulthood and then decrease in advanced age. This disorder is much more common in women than in men and especially in developed countries.

How do panic attacks occur?

Once the first panic attack has occurred, it is likely that the experience will repeat itself. When the person comes back to a situation that triggered the first anxiety crisis, he will feel what we know as anticipatory anxiety as he live again the symptoms of the previous panic attack in his mind.

In these cases, is activated a self-monitoring mechanism that increases the tension. This creates a vicious circle of fear and tension that nourishes anxiety and triggers other panic attacks more intense and difficult to control.

The good news is that treatment for anxiety attacks is often very effective: between 70 and 90% of people undergoing therapy are able to control the symptoms. But it is important to remember that as soon as we undergo therapy, the shorter this will be and we will get better results. So it is very important to learn to recognize the symptoms of panic attacks.

In order to diagnose a panic attack, fear must appear intense and reach its peak in minutes. During the episode, the person experiences many of the following physical symptoms:

– Suffocation or difficulty in breathing

– Dizziness, loss of balance and/or fainting

– Hinges or numbness at the extremities

The anxiety crisis is also accompanied by psychological symptoms, the most common are:

– Fear of losing control or to get “crazy”

– Concerns about the possibility of another panic attack or its consequences

– Fear of dying, especially because the symptoms are confused with those of a heart attack

– Feeling of unrealism or depersonalization; for example, to be separated from the body

Anxiety attacks usually last only a few minutes, but in some cases they may persist for longer. In fact, often the vegetative symptoms experienced by the person as well as the fear, are growing over the months and years.

How to distinguish a panic attack from a heart attack?

Most of the symptoms of the anxiety attack are similar to those of a heart attack because are neurovegetative responses, so many people are even more worried thinking they are on the verge of dying. This is because during these episodes our body reacts producing the “stress hormones” responsible for generating all these symptoms.

However, panic attacks are almost always preceded by stressful situations such as the loss of a loved one, a work that is too stressful or a family conflict. In many cases, the person also reports having experienced short moments of nausea, dizziness, difficulty in breathing and palpitations before panic attacks.

Another key factor for differentiation is time. In the anxiety crisis usually the symptoms begin suddenly and reach their peak during the first 10 minutes and then are reduced. In a heart attack pain usually lasts for a few minutes, it may disappear and then return. But if it is the first episode, it is best to consult a physician immediately. This will help determine whether it is a heart attack or a anxiety attack.

In fact, we must not forget that a study at Massachusetts General Hospital has shown that menopausal women who had had a panic attack in the last six months also had a four-fold greater risk of having a heart attack and three times more likely to have a stroke during the next five years.

The causes of panic attacks

As with many other psychological disorders, the causes of panic attacks are multifactorial, which means that they combine biological, psychological and social factors.

– Genetics. Studies on twins have shown that this disorder has a genetic basis, with a probability of transmission of 30-40%. A study by the University of Pompeu Fabra has found that people with this disorder have disruption in the NTRK3 gene, responsible for coding an essential protein for brain formation, neuronal survival and neural connections. That gene could affect the way that scary memories are encoded in the brain, causing it to react excessively. However, anxiety crises are not due to the alteration of a single gene, other genes have also been identified.

– Brain abnormalities. It has been seen that people suffering from anxiety attacks experience excessive stimulation in a brain region called “amygdala,” which is involved in the “fight or flight” response. There is also an imbalance in some neurotransmitters responsible for transmitting information to the brain. In fact, a study at the University of Iowa has found that people suffering from panic attacks may have a problem at the cerebral pH level, which plays an essential role in answering to fears and anxieties.

– Environment. Stressful events seem to help trigger panic attacks, such as a divorce, an accident, or the death of someone we love. It has also been seen that these people had experienced more traumatic experiences in life, as if they were victims of violence, and this may have left a mark in their brain that makes them susceptible to panic attacks.

– Psychology. Not having the right tools to deal with adversity increases the risk of having anxiety crises. The tendency to recurring to negative and anxious thoughts also makes the person more vulnerable. It has been observed that anxious and neurotic people are more likely to suffer a panic attack, as well as those who have a history of fearful episodes.

The consequences of anxiety crises

At first, the reaction of a person who suffers a panic attack is to flee from where he is, especially from crowded environments. The problem is that the unpredictability of panic attacks makes the person more and more scared. So the fear of fear is set and the game is done, the person begins to avoid public places or all those situations where he does not feel comfortable or secure.

As a result, the person lives in a state of permanent despair, waiting for the next anxiety crisis. To avoid it, he block himself into a comfort zone that becomes ever smaller because its interpersonal relationships and its quality of life are particularly influenced. To this is added that those who suffer from anxiety attacks often go from one physician to the other over the years, waiting for a diagnosis, and this causes them more anxiety and mental fatigue.

A study at the Keio University School of Medicine revealed that people with panic attacks are also more likely to develop benzodiazepine dependence. The problem is that they depend on it because of the fear that symptoms reappear if they stop taking the drug. In fact, the greater the severity of the disorder, the more common and the greater the psychological dependence of benzodiazepines are.

What is the Best Treatment for Panic Attacks?

A study at the Technical University of Dresden analyzed the effectiveness of Acceptance and Commitment Therapy (ACT) in 43 people suffering from anxiety attacks and who had not responded to previous treatments, including medications, cognitive approach and exposure therapy. These individuals improved significantly after only four weeks and the improvement was maintained for the next six months.

It was also appreciated the tools and techniques that focus on the body are particularly useful in treating the anxiety crisis. A study at Charité – University Medicine in Berlin has found that regular aerobic exercise reduces anxiety, so it is the ideal complement to cognitive-behavioral therapy, which is probably due to the fact that it influences the body’s response at neuroendocrine level.

Even breathing exercises help relieve symptoms of anxiety, as the person feels he is back in control, so it is advisable to practice them right when experiencing the first symptoms before reaching the point of no return. Other methods, such as mindfulness meditation and rational-emotional therapy, are also useful in treating panic attacks.