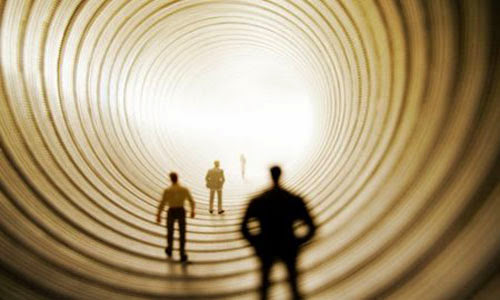 Reincarnation is one of the oldest theories discussed through the various cultures and religions. Briefly, it refers to the idea that the soul, or spirit of the person, comes again and again on the earth reincarnating itself in several bodies with the aim of living experiences that facilitate the learning path.

Psychologists haven’t really paid much attention to it in the past, but now, Peters and his collaborators of the Department of Experimental Psychology at the University of Maastricht, have inquired about the tendency to commit memory errors among people that make “implausible” claims, specifically those who believe to recall events from their past lives.

During the study, the researchers used a modified version of a laboratory procedure to discover false memories. The participants had to read a list of 40 names of non famous people. Two hours later they received a second list containing the previous 40 names of non-famous people and in addition names of moderately well known individuals, celebrities, politicians, writers and actors. The volunteers had to determine which of the names in the second list were famous and those that weren’t.

The experiment showed that people were likely to fall into the “illusion of the false fame” and had a double chance, respect to the rest of the people who participated in the experiment, to identify non-famous names in the second list as belonging to public figures when they didn’t. This trick of the memory is called: “source monitoring error”. When the monitoring mechanism of the source is damaged, the name or information is memorized but source and time of the acquisition are lost. These people feel a sense of familiarity with the information that leads them to give it particular connotations.
In the specific case of this experiment the persons are able to determine that the name sounds familiar, but show no reference about where or when, then they attribute it to a celebrity.
The memory of past lives could depend just on a source monitoring error. These persons could clearly remember places, events or people, but fail to remember the context in which they have gained experience when a simple movie could trigger the experience of past lives.
Particularly, I do not think this is the ultimate solution to the mystery of reincarnation or that provides an explanation for all the cases, but certainly it can explain a good portion of the experiences. Anyway, still remains a lot to be investigated and the road is pretty long.
Source:
Peters, M. J. V., et al. (2007). The false fame illusion in people with memories about a previous life. Consc. Cog. 16: 162-169.