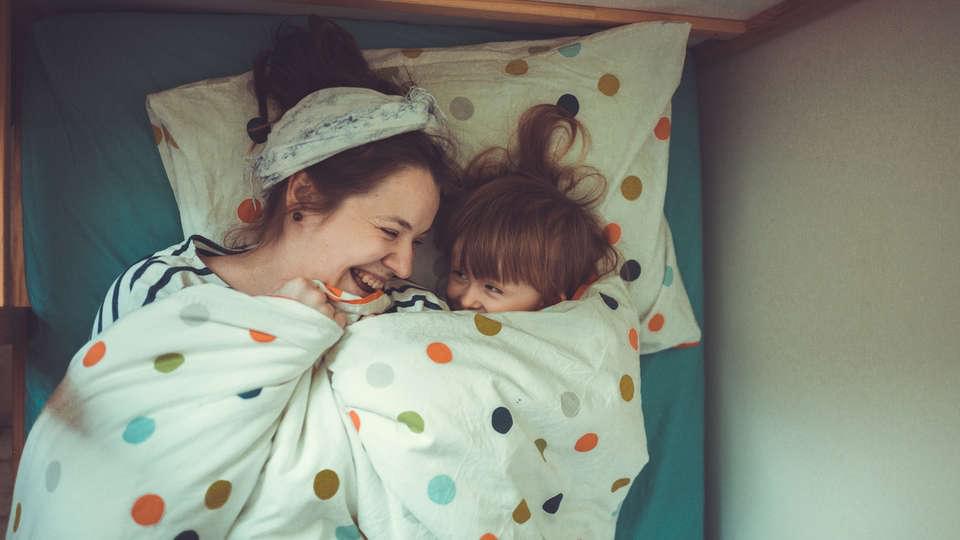 “I do not want to go to bed!” These are words that all parents are familiar with and listen more or less every night when arrives bedtime. To avoid that putting kids to bed earlier becomes a war, it is likely that you give in and leave them a little more up, until sleep overcomes them.

However, every hour in excess that children spend awake when they should be sleeping, not only hurts them but also the parents, who often suffer from sleep deprivation, as confirmed by a study conducted at the American Academy of Neurology and the Georgia Southern University.

These researchers found that 45% of women who had children slept less than six hours a day. In addition, for every child at home, the chances for mothers to sleep less than they need to regain strength are doubled.

It is likely that with children at home, sleeping 8 hours continuously will be an impossible mission, but if you want to protect your mental health, you should put your kids to bed earlier. For your own good and for theirs. Science confirms it.

Sleep and relaxation are not luxuries but needs

There is no doubt that being a parent is wonderful, but it can also be exhausting. Once the children fall asleep, parents have time to rest and relax, something that has become a luxury but is a necessity.

In fact, did you know that lack of sleep generates a level of excessive excitement at the brain level that triggers the typical fight-or-flight response of stress? When you do not get enough sleep, at night the level of cortisol remains high, which increases the risk of developing diabetes, obesity, heart disease and mood disorders.

What time should children go to bed and how much they should sleep?

The researchers explain that children perform and feel much better when they have consistent sleep schedules that turn into good habits. Deep sleep, for example, stimulates the growth hormone production, which is why babies spend at least 50% of their time sleeping.

It has also been proven that sleep facilitates learning as it strengthens neuronal connections, and also enhances concentration. In fact, children under three who sleep less than ten hours at night are three times more likely to develop disorders such as hyperactivity and impulsivity at 6 years.

Children should go to bed at 8:30 P.M. and turn off the screens at least an hour before as they inhibit the production of the hormone that facilitates sleep. Preschoolers children should sleep between 10 and 13 hours while school-age children between 9 and 11 hours.

Sources:
Sullivan, K. (2017) Living with children may mean less sleep for women, but not for men. American Academy of Neurology. Edwars, B. (2014) Growing Up in Australia: The Longitudinal Study of Australian Children Entering adolescence and becoming a young adult. Family Matters; 95: 5-14.