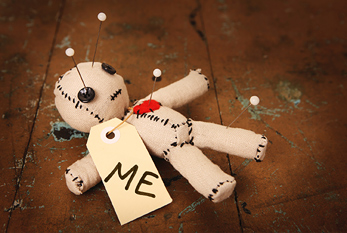 The number of adolescents who self-harm themselves deliberately with cuts or burns, is increasing to the same extent that the issue is broadcast by popular songs, in the school environment or in blogs where are shown the lacerations of their authors, some are exemplified with the good intentions that young people learn from the experience and don’t repeat it, but others are a real incentive. In the US it is estimated that one every six adolescents self-injure himself.

Klonsky, professor of psychology at Stony Brook University in New York, who has deeply studied the phenomenon of self-injury, claims that young people opt for this behavior as a way to deal with feelings of depression or anxiety, It would be a means of escape quite similar to that provided by drugs.

Many of the young people he interviewed, assert that the self-inflicted pain is a relief for emotional distress, and most of them don’t show this behavior as they were attempting suicide but mostly as if they were taking a pill for a headache. Initially the injuries are minor and result unnoticed, or hidden under long sleeves shirts, but slowly, as an addictive process, self-injuries become more profound and dangerous. Some young people assert that the only thing that truly gives sense to their life is to self-harm themselves.

The curious thing is that historically, in Psychology and Psychiatry, the self-harm was considered a strange behavior associated with suicide and some mental illnesses. However, based on interviews with a total of 40 students who inflicted damage to themselves and, performing a thorough analysis of recent studies published on the subject, resulted that self-inflicted injuries are more related to a mechanism to deal with depression than with a suicide attempt.

People who opt for this behavior have an extraordinary accumulation of negative emotions such as frustration and anxiety, or experience a strong loneliness. Injuries act as a safety valve to relieve the emotional pressure they experience. Of course, immediately they experience relaxation and tranquility, but the next day they feel very angry or embarrassed, and this is creating a fatal vicious circle.

Although practicing self-injuries is usually an activity that takes place in solitude, in some urban groups, such as the gothic circles, is a mark of belonging and unity. A new phenomenon to be followed closely.