Home » Your stress affects my brain 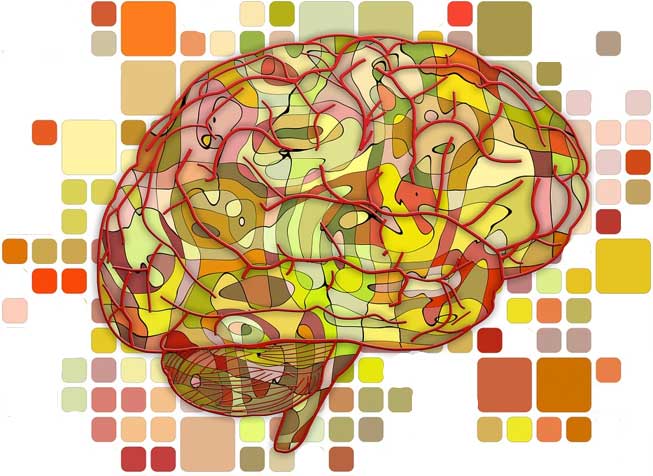 The stress is a silent enemy that can end up hurting us a lot. Not only does it affect our mood, making us more anxious and irritable, but in the long run it can also change the brain functioning and trigger psychosomatic illnesses.

In everyday life we ​​expose ourselves to many situations that can generate stress, from an exam and a job interview to a deadline or the loss of a loved one. However, now neuroscientists at the University of Calgary suggest that the stress suffered by others can also affect our brain since it is a contagious emotional state.

The stress of the others modifies the brain functioning

The researchers analyzed the effects of stress in pairs of mice. They exposed one of them to a mild stress situation and then they returned it to its partner. Next, they examined the responses of a specific population of cells related to the hormone CRH that controls the brain’s response to stress and that is also found in people.

They discovered that the neural networks of the brain of both animals responded in the same way; that is, the stress was contagious and caused changes in brain functioning.

The team discovered that the activation of this hormone stimulates the release of a chemical signal, an “alarm pheromone” with which the stressed animal warns its partner of a possible danger. Therefore, it would be a key mechanism for the transmission of relevant information that could be critical for the formation of social networks in various species.

The researchers also discovered that there are gender differences when it comes to cushioning the stress. Apparently, the female gender has a greater capacity to reduce by half the residual effects of stress, something that was not appreciated in the male gender.

Empathic stress: The contagion from one person to another

These neuroscientists believe that their findings can be extrapolated to people because we also communicate the stress to those around us. It is an ancestral warning mechanism, similar to that of animals, but a little more sophisticated.

In fact, a study conducted at the Max Planck Institute for Cognitive and Brain Sciences at the Technische Universität Dresden proved that being close to a stressed person, be it a loved one or a stranger, has the power to alter our physiological responses in a remarkable way.

In this experiment, people were paired with loved ones or strangers of the opposite gender and then divided into two groups. One group had to solve relatively complex mathematical problems and undergo an interview, two tasks designed to generate direct stress. The other group simply observed the test and the interviews through a mirror and video transmissions.

As expected, 95% of the people tested showed signs of stress. However, the curious thing was that 26% of the observers showed a significant increase in cortisol, the stress hormone. The empathic stress affected up to 40% of the people when the one who underwent the tests was his partner, although it was also contagious from strangers, but to a lesser extent.

This is not the only study that reveals the contagious reach of stress. Another research developed at the University of British Columbia evaluated the stress level of elementary school teachers, and then measured the stress of their students by taking saliva samples to assess the amount of cortisol.

They discovered that when teachers experienced emotional exhaustion and stress, the cortisol levels in their students were higher, compared to classes led by more relaxed teachers.

Take care of your relationships as if it were yourself

This series of investigations reveals that we must pay much more attention to our interpersonal relationships. Since we are empathic by nature, since the capacity to feel the emotional state of another person is a key piece for the creation and development of social bonds, it is not strange that we end up infecting ourselves with the stress of others.

In fact, it is likely that on more than one occasion you have perceived it physically, as a “tension in the environment” or a “sense of urgency” that you cannot explain. In those cases, what you perceive is the stress of the others.

Therefore, if you are often emotionally exhausted, irritable or “accelerated” but you do not find the cause, it is likely to be an empathic stress, so the origin could be in a close person. You must be careful because that stress could get to hurt you as much as direct stress.