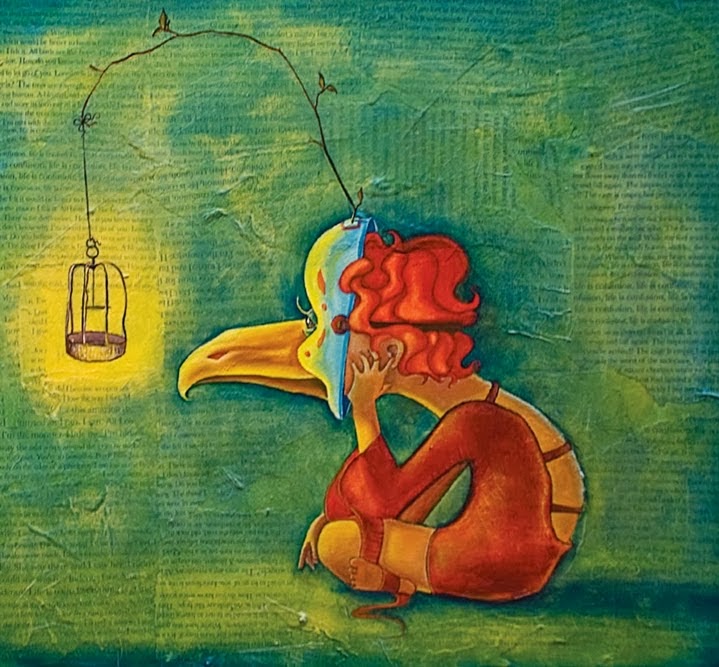 Depression is one of the most widespread mental disorders worldwide. In fact, in Spain is estimated that approximately 25% of the population suffer of a depressive disorder, of which 5% suffer a serious imbalance. However, beyond sadness, hopelessness and apathy associated with this problem, the effects of depression also extend to other areas generating very curious changes.
1. Depression reduces brain size
A study by researchers at Yale University found that depression can cause a decrease in brain volume as the neurons in some parts are smaller having lost density, as a result, neural connections are affected. To reach this result it was analyzed the brain tissue of people with and without depression.
Apparently, all is due to GATA1, a protein involved in regulating DNA transcription which acts as if it were a gene switch activating inside brains of people with depression.
The GATA1 represses the expression of some genes involved in formation of synaptic connections between neurons affecting the size and complexity of dendrites, which are fundamental to the synapses. As you can imagine, this loss not only causes changes at affective and cognitive level but also causes a loss of mass in the prefrontal cortex, which plays a key role at the decision-making level, impulse control and management of emotions.
2. Depression dims memories
A research conducted at the Brigham Young University, discovered that depression blurs memories. In fact, for decades depression has been linked with a poor memory but the truth is that the underlying mechanism was unknown. Now these researchers turned the light on it.
These scientists recruited some people diagnosed with depression and other supposedly healthy. Each participant saw a number of items that appeared on a screen. Then, they were showed other objects and this time they had to indicate whether or not they saw them before, if they looked like one of the displayed objects or if it appeared to be something totally new.
At this point the researchers realized that depressed people tend to confuse the marking objects as similar to others they saw before. What does this mean? That depression does not cause amnesia but a lack of precision in evaluating the details, as if depressed people were continually wearing glasses that blurs their perception and, as a result, they fail remembering the details.
3. Depression improves time perception
Although depression is coated with a negative halo, it also has advantages. In fact, a study conducted at the University of Hertfordshire, shows that depressed people have a more objective perception of time than the rest of us.
This study  involved people diagnosed with moderate depression and others supposedly healthy. These persons should hear 5 beeps lasting between 5 and 65 seconds, then were told they had to remember numbers (one disruptive task) and then were asked to evaluate the duration of each tone.
The funny thing was that, almost without exception, people who were not depressed gave higher evaluations while, in contrast, depressed individuals were more accurate. Why?
The explanation may lie in the controversial concept of “depressive realism” according to which, depressed people are not affected by excessive positive expectations that often have those who do not suffer of depression.
Source:
Shelton, D. J. & Kirwan, C. B. (2013) A possible negative influence of depression on the ability to overcome memory interference.Behavioural Brain Research; 256(1): 20-26.
Kornbrot, D. E. et. Al. (2013) Time Perception and Depressive Realism: Judgment Type, Psychophysical Functions and Bias.PlosOne; 8(8).