Home » Choose the relationship, before to be right 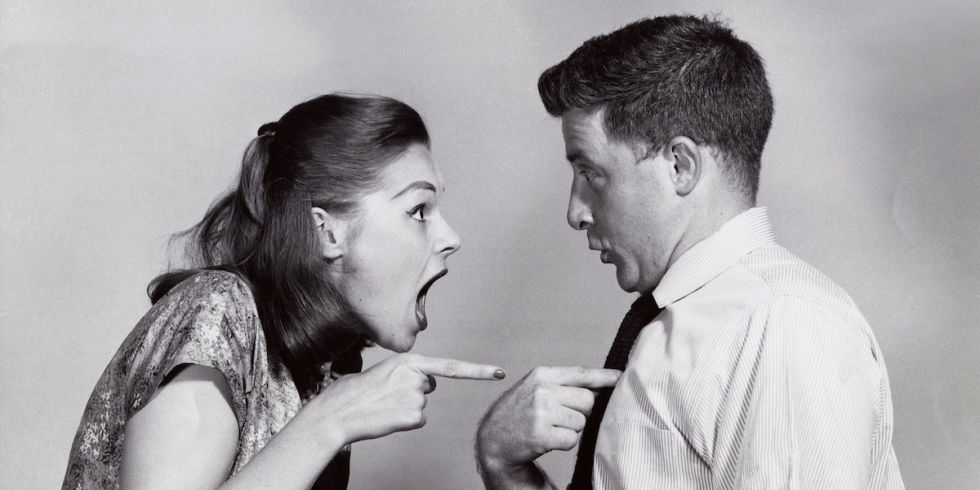 “Choose the relationship before to be right” is one of the wisest advice offered by Brené Brown, a writer and professor at the University of Houston. With these simple words shows us the way when we engage in a discussion that threatens to break the relationship.

Free yourself from the need to be right

Have you ever wondered where it comes from the need to be right? Why do we cling to our arguments as if from them depend our lives and end up provoking useless clashes? Why are we obsessed with small details that make no difference? Why do we want things to be as we want?

The truth is that society is designed to make sure that we want to be right from childhood, because it would mean that we are more capable and intelligent. In fact, it is curious that libraries are full of books that teach you how to convince others, but not even one who teaches how to be persuaded.

The interesting thing is that we can all be right, because in many cases there is not “RIGHTNESS” with the uppercase R, but every topic has its logic from a certain point of view. The problem begins when we are unable to enter the point of view of the other and block ourselves in ours. In this way no one wins, because opinions become more and more extreme and each one, rather than enriched, becomes depleted.

But even so, we cling to rightness because we believe that giving up is like we acknowledge that we are wrong, and if we do, it means we are less valuable people. Many people also see in this passionate defense of their point of view a demonstration of a strong character.

But in most cases clinging to “rightness” is just an expression of deep insecurity and fear of open to other topics, that force us rearrange our mental patterns and accept things that do not fit the beliefs that we have been inculcated.

On the other hand, there are those who defend their own reasons simply because they do not want others to think they are weak or incapable. However, eliminating the need to be right does not mean this.

Let go the need to be “right” does not mean we trivialize our arguments or cease to believe in certain things, but that we don’t feel the need to convince, bend and win the other. And this is extremely liberating!

Let go the need to be “right” also means that we are a little more mature and tolerant, because we accept that the others have their own opinions that do not have to correspond to ours and even so, we can find common points that strengthen the relationship.

Prefer consciously the relationship above being right

Wanting to be right at all costs often means engaging in real struggles for conquer the power. And as in every battle, this not only consumes the parties’ energy, but also deteriorates the relationship because each one will go far from each other in an attempt to defend more and more the different positions. It means being in a war, and no relationship is strengthened and growing on a battlefield.

Therefore, in many occasions, the wisest thing to do is to prefer the relationship above being right. This does not mean to accept blindly the arguments of the other, it means taking a step beyond the childish conflict assuming that there are different opinions, but above them there is the bond that unites us.

At the end, this change of attitude will eventually influence the other person, who will realize that is useless to argue for being right, and that is much better to reach a good deal for both in which the relationship grows and gets more mature.

This tacit agreement in which everyone maintains their views is a profound expression of respect, flexibility and tolerance. It’s like saying, “I love you, and I appreciate you and respect you even if we do not think the same way”. Loving a person, without trying to change him, is the greatest proof of love.

You probably do not realize it, but what makes you really angry is not the fact that the other person has a different opinion from yours, but the slavery you are showing to your ideas. Remember that in life you have to choose the battles that are worth fighting, and it is often better be happy than being right.