Home » Happy and stable couples tend to get fat, according to science 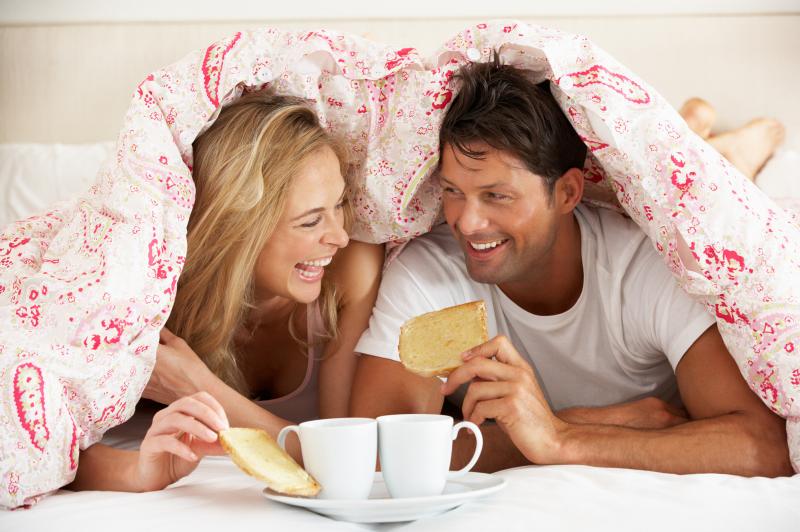 No, it is not a far-fetched idea. If you’ve ever thought that marriage makes you get fat you’re right. Several studies have concluded that if we maintain a stable and happy relationship we are exposed to a higher risk of gaining weight.

Researchers at the University of Queensland in Australia, followed 6,458 women for 10 years. So they discovered that women aged 20 to 30 years old, without children, who were married or living in a stable relationship with their partner, were fattened more than singles. Apparently, stable and happy relationships made earn an average of 13 pounds, 30% more than singles. Some even came to gain an average of 4 pounds per year.

But women are not the only ones to gain weight in stable relationships. Another study by the Southern Methodist University in Dallas, followed 169 newlywed couples for a period of four years and reached the same conclusions: both women and men increased weight. Also another research conducted at the University of New York found no significant differences between men and women regarding weight gain during the relationship.

In fact, researchers agree that are the most satisfying and happy relationships that promote greater weight gain, because marital problems and divorces around the corner often result in weight loss.

Why love makes you get fat?

The reasons for this weight gain are different. The researchers point out that in many cases this is because people adapt to the other’s living habits, which are not always the healthiest.

In the case of women it was seen that tend to eat more foods high in fat and sugars, developing a distortion in the perception of portion sizes, which leads them to eat the same amount of male partners, not realizing that the caloric requirements of men it is not the same for women. In fact, some of the women surveyed admitted to have eaten the same amount of their male partners or even more.

It was also noted that couples tend to spend more time and effort to the preparation of meals. If we live alone it is likely we skip a few meals or snack something quick, but living in pairs we tend to prepare more abundant dinners, with dessert or alcohol included. In married life, meals have a more important role because are also the moments when we get together.

In addition, it is normal that we want to spend more time with each other in a relationship, which can cause some people to abandon or neglect exercising and slip slowly into a less active lifestyle. When priorities change, we dedicate less time to personal care.

In fact, the researchers saw that couples who grow fat tend to follow a pattern: after the period of the first meetings, when both attended bars and restaurants, the relationship gets solid and they decide to go living together, than they tend to organize larger dinners and spend weekends at home, watching movies and eating popcorn or ice cream on the couch. Obviously, this passive lifestyle is the cause of weight gain.

However, weight gain is not solely due to the change in lifestyle and eating habits, it affects also the feeling of relaxation. After courtship, when the relationship is more solid, we feel more secure, confident, supported and relaxed, so that stress and tension are reduced and the appetite increases.

Finally, it should be clarified that these results only reflect a general trend, many people continue to take care of their lifestyle when engaged in a relationship. In fact, for some it can be very positive because the other’s influence can encourage them to practice more exercise and eat healthy.