Home » Hyper-Empathy Syndrome: When the pain of the others overcomes you 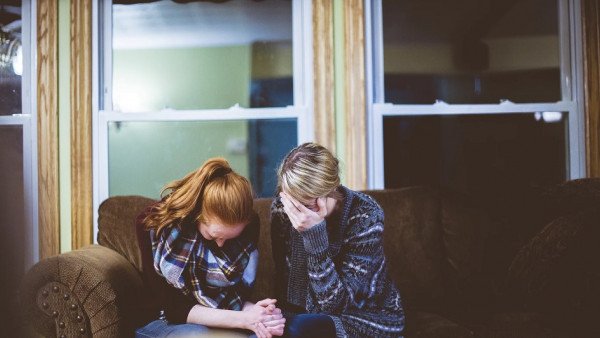 “I do not ask the wounded person how he feels, I myself become the wounded person”, wrote Walt Whitman. Undoubtedly, empathy is an essential quality to be able to relate assertively with those around us. Being able to put ourselves in the place of the others and experience their feelings allows us to understand their situation and help them in the best possible way. However, being overly empathetic is also a double-edged sword and we can end up paying dearly, suffering what is known as Hyper-Empathy Syndrome.

What is the Hyper-Empathy Syndrome?

It is not enough to understand what is empathy, it is necessary to dissect it. In fact, there are different types of empathy. Cognitive empathy is one in which we just adopt the perspective of the others and understand their points of view in a purely intellectual way. There is also the empathic concern, which involves the ability to understand and experience the emotional states of the others, show genuine concern and be able to help them without endangering our psychological balance.

Finally, there is an empathy that can be described as a simple emotional contagion and that generates a large dose of personal distress. In this case, we get infected with the emotions of the others but we are not able to protect ourselves, so we end up suffering with them, devastated by those emotions.

Worrying excessively about the emotional pain of the others without having the psychological tools to manage that situation ends up generating the hyper-empathy syndrome, also known as compassion fatigue.

This term was proposed by the psychologist Charles Figley to refer to those who experience deep fatigue as a result of having been helping people who have gone through difficult or traumatic situations. In practice, it is due to an intense desire to calm the pain or solve the problem of the person who suffers, without being able to manage the pain that it causes.

Compassion fatigue differs from the well-known Burnout Syndrome as it develops gradually, usually as a result of emotional exhaustion. On the contrary, the hyper-empathy syndrome arises suddenly, it can appear after a single encounter with the person who suffers. In addition, the Burnout Syndrome tends to break the aspirations, dreams and desires of the sufferer, generating feelings of disappointment and frustration, affecting the feeling of personal fulfillment.

Who are more likely to suffer from Hyper-Empathy Syndrome?

As is logical, the Hyper-Empathy Syndrome is more common in professionals who are in direct contact with people who need help, such as psychologists, psychiatrists, social workers and medical or rescue personnel. However, anyone can be a victim of compassion fatigue.

In fact, compassion fatigue has also been linked to poor emotional repair; which refers to the ability to implement action plans that allow us to regulate our moods, as the simple fact of taking a psychological distance to protect our emotional balance.

People who pay more attention to their emotions report higher levels of anxiety as a response to most situations of daily life and often use maladaptive coping strategies focused on avoidance, rumination, suppression of thought and self-blame.

Therefore, if you are emotionally hypersensitive but fail to implement strategies that allow you to repair those wounds, you are more likely to end up suffering from Hyper-Empathy Syndrome.

Symptoms of the Hyper-Empathy Syndrome

How to avoid the compassion fatigue?

– Disconnect, dedicating time to leisure activities will help you protect your emotional balance as this way you will not accumulate stress, frustration and unnecessary worries.

– Practice transcendental meditation or relaxation techniques that allow you to “recharge” your emotional battery and stimulate a state of inner peace. Remember that when there is calm inside, external storms do not make a dent.

– Learn to develop a psychological distance from problems, both your own and those of the others, which does not mean being cold and selfish but to assume an attitude that allows you to deal with the situations in the best possible way.

– Develop your Emotional Intelligence, learn to detect situations that generate stress and discomfort and apply coping strategies that help you let go of emotions that can harm you, such as a visualization technique like that of the “the leaves of the river”.