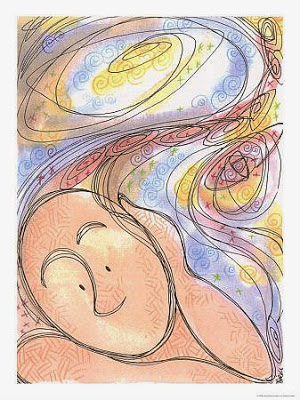 There are many people concerned about the same topic: inventing nonexistent stories. Is it a psychological disorder or it’s just a harmless way to have fun?
Firstly we have to delimit the content of the stories we’re creating. For example, when after a particularly stressful situation we recreate in our minds the same facts, but this time with a positive outcome, for us this is a cathartic phenomenon. Many times, we’re not able or we can’t express ourselves freely. However, if we repress our emotions and the forms of expressing ourselves this may cause some anxiety or anger that needs to be released, and sometimes we do that through the recreation of the events where we invent new scenarios and outcomes. When this story is developing in a cathartic way, at the end we will be released and we can return to our normality; if the story comes again and again to our mind it indicates that we have a ruminative thinking, that we are a victim of recurring ideas that can’t be eliminated, indicating a certain of rigid thinking on our side and some difficulty for accepting the course and the changes in our life . In this case the invented stories are indicating some kind of emotional maladjustment.
However, most people make up stories with romantic content, they imagine how their lives would be with another person with whom they don’t have any kind of relationship. These stories include simple imaginative content without a particular meaning, a clear characteristic of the adolescents, that many times, with the lack of experience in this area, use to recreate new situations and possible responses. In this case it would be a way to be mentally prepared for facing the unknown or simply a form to express the desire to build a romantic relationship.
There‘s also what is known as erotomaniac delirium, which I have explained thoroughly in the book Curious Psychology, where the person falls in love platonically. Who suffers of erotomaniac delirium normally doesn’t seek physical approach neither tries a declaration of love, but misunderstands all signals coming from the other person as if they were signs of self-interest when it’s not. However, it may often be seen in the elderly or people with some cognitive impairment or depression.
Also people with paranoid schizophrenia often invent very well structured stories, although its content is generally associated with deliriums of grandeur or persecution, but in those cultures where machismo still dominates the contents, they may be related to stories of jealousy and insecurity. On the other hand, to diagnose paranoid schizophrenia it is essential that the patient doesn’t have the capacity to criticize his/her illness, the fact of worrying about it or recognize that the stories are a product of our imagination signifies that’s not a psychotic disorder.
When the invented stories can be considered a disorder? When they cause discomfort to the person who imagines them and causes deterioration in some of the areas of his real life.  For example, imagining stories with an alleged lover pushes the person to gradually disengage from social relationships forcing him/her to abandon the search of a real partner. Also, when they take up too much time of the day.
Why does this happen? About stories that becomes pathological but without reaching a psychotic level, there are multiple causes, but the most common are those where prevails a personal background full of fear, rigidity and social exclusion. Essentially, the person attempts to fill gaps and deprivation of experiences that have been submitted for a great part of his life. It would be a mechanism to evade reality and to build a world in which he/she feels more comfortable.
Anyway, sometimes inventing stories means only that the person has a fertile imagination and can be a perfectly normal phenomenon in common balanced people. Human beings are capable of mixing the imagination with reality and the result is not always negative.