Home » Seneca’s antidote to calm the mind and eliminate worries 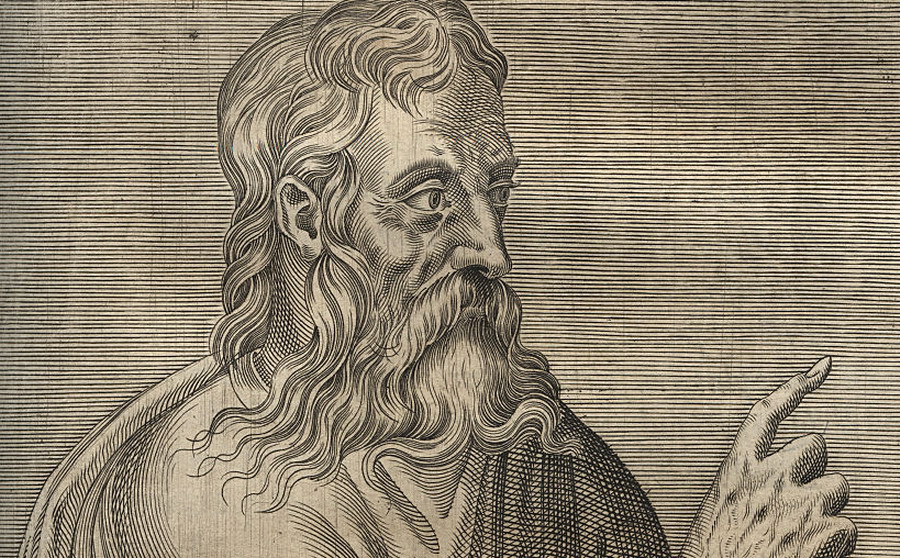 “The truth is that we know very little about life, we really do not know what the good and the bad news are”, observed the American writer Kurt Vonnegut, referring to the fact that, at any moment, good news can turn into bad news and vice versa, since each situation contains the opposite seed.

Alan Watts referred to this phenomenon saying that “The whole process of nature is an integrated process of immense complexity, and it is really impossible to know if something of what happens in it is good or bad”.

Still, most of us cannot help but think in terms of losses or gains, good or bad. We have a dichotomous thought and, as such, we need to catalog everything in opposite phenomena, to be able to relate them to ourselves. Therefore, we think that all events can be beneficial or harmful. Therefore, we spend most of our time worrying about the possibility of occurring events that we consider negative and damaging, potential losses driven by what we perceive as “bad news”.

Modern anxiety is based, fundamentally, on concerns about things that will never happen

Some psychologists claim that modern anxiety is based on five categories of concerns, four of which are imaginary and only the fifth concerns worries that have a real basis, but these occupy only 8% of our total daily concerns. In other words: we are true masters in the art of worrying about nothing.

And those concerns feed fears present or wished, manifested or hidden, genuine or supposed… The Internet has further aggravated this situation. The fact of being permanently connected, knowing what happens in all corners of the world, generates an anxiety that is difficult to bear. How can we be sure that we will not be the next victims of a terrorist attack? How do we guarantee that our building will not be the next to burn?

Being aware of all the catastrophes and adversities that occur in every corner of the planet plunges our mind, already prone to catastrophism, in a state of true delirium. In this regard, the sociologist Zygmunt Bauman explained: “Perhaps the volume of uncertainty has not increased, but the volume of our concerns, yes”. This reveals a truth as evident as difficult to assume: most of our concerns have no real basis, but that does not prevent that their effects on our day to day are devastating.

Seneca’s antidote to free us from useless worries

Seneca, the great Stoic philosopher, centuries ago examined our tendency to focus on the negative aspects of situations and worry excessively. He explained: “Wild animals flee from the dangers they encounter in their reality, and once they have escaped, they do not worry anymore. However, we are tormented by the past and what is to come. Our ‘blessing’ hurts us because memory gives us back the agony of fear, while foresight provokes it prematurely.”

He meant that our mind is continually riding between the past and the future, between the mistakes and disasters that we live and the mistakes and disasters that could happen to us. In fact, in his correspondence with his friend Lucilius, later published as “Letters of a Stoic”, he concluded that: “There are more things that can frighten us than crush us; we suffer more often in the imagination than in reality.”

“Don’t be unhappy before the crisis comes, because it may be that the dangers that you suffer before they threaten you, they never reach you.”

Of course, it is much easier said than done. Seneca knew it, so he also analyzed the difference between reasonable and irrational concerns, showing us the futility of wasting our mental and emotional energy in the latter, also outlining a way forward:

“It is likely that some troubles will befall us; but it is not a present fact. How often has the unexpected happened! How often has the expected never come to pass! And even though it is ordained to be, what does it avail to run out to meet your suffering? You will suffer soon enough, when it arrives; so look forward meanwhile to better things. What shall you gain by doing this? Time. There will be many happenings meanwhile which will serve to postpone, or end, or pass on to another person, the trials which are near or even in your very presence. A fire has opened the way to flight. Men have been let down softly by a catastrophe. Sometimes the sword has been checked even at the victim’s throat. Men have survived their own executioners. Even bad fortune is fickle. Perhaps it will come, perhaps not; in the meantime it is not. So look forward to better things.”

Seneca took special care to warn us that the greatest danger of permanent concern is that it keeps us always tense, on guard against an imaginary catastrophe, preventing us from fully living the present moment. Therefore, its antidote to relieve anxiety and get rid of worries is:

“True happiness is to be free from perturbations; to understand our duties toward God and man; to enjoy the present, without any anxious dependence upon the future; not to amuse ourselves with either hopes or fears, but to rest satisfied with what we have, which is abundantly sufficient; for he that is so wants nothing. The great blessings of mankind are within us, and within our reach; but we shut our eyes, and, like people in the dark, we fall foul of the very thing we search for without finding it. The joy of a wise man stands firm without interruption; in all places, at all times, and in all conditions, his thoughts are cheerful and quiet.”

Therefore, the key is to live here and now, without developing wishes that make us excessively expectant and generate uncertainty about the future. If we worry today about becoming more resilient people and throwing in our backpack of life the psychological tools we might need, the future should not worry us too much, whatever will be.