Home » The allegory of the cave by Plato: Do you live in darkness or light? 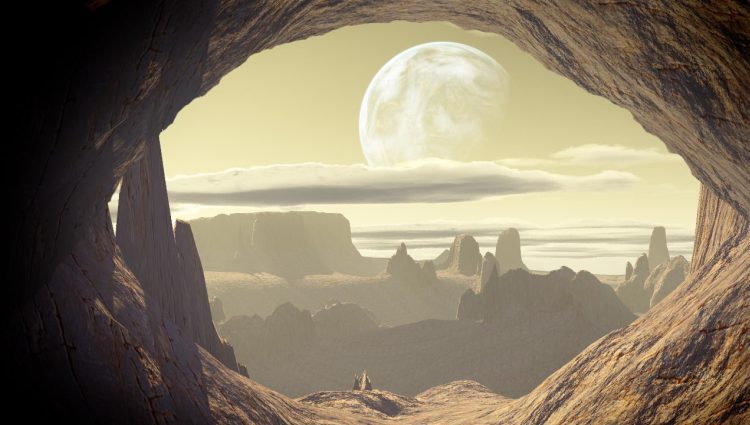 The allegory of Plato’s cave is one of the greatest symbols of idealist philosophy. Not only has it influenced the development of philosophy and psychology, but marked also the way of thinking of Western society. Although at first it may seem like an old and outdated idea, the truth is that this myth is a perfect metaphor that tries to reflect the dual reality in which we all live, and which it is difficult to escape. That’s why, in times of post-truth, the allegory of the cave by Plato is more current than ever.

Those who live in obscurity resist to see the light

A few years ago, Philip K. Dick wrote: “reality is what does not disappear even if you stop believing in it”. But how can we be sure that what we observe is real? After all, much of what we experience is the product of our perception and is mediated by our internal experiences.

About 2,400 years ago, Plato proposed the same dilemma and tried to explain it through the allegory of the cave, which became a very interesting parable about the meaning of life in society and the nature of reality. He described it in Book VII of the Republic, in which he imagined an ideal society.

Plato tells us that a group of men was condemned at birth to remain chained in the depths of a cave. They never managed to get out of it, nor did they have the ability to look at the past and understand the origin of the chains or see what happens behind them, out of the cave.

The prisoners perceived these shadows and gave them names, believing that they perceived real things, because they were not aware that were just projections of reality. However, one day, one of the prisoners is released. This comes to light, but the sun blinds him, finds that everything around him is chaotic since he cannot give it a meaning.

When he’s explained that the things he sees are real and that the shadows are only reflected, he cannot believe it. Finally he adapts to this reality and decides to return to the cave to tell the rest of the prisoners his fantastic discovery.

However, accustomed to sunlight, his eyes now have difficulty in distinguishing the shadows in the dark, so that the rest of the chained men believe that the trip to the outside world turned him stupid and blind. Therefore, they didn’t believe him and oppose to being liberated, also with violence.

In this funny video is illustrated the myth of Plato’s cave.

Fundamental lessons that we can apply to our life

Do not think you are immune to deception and lies

Many people can take advantage of keeping others in a situation of deception and lies, like the prisoners chained in the cave. And it is not just about the political class or the financial power, but also about simple people who behave like manipulators. In fact, the gaslighting is a perfect example of how someone can manipulate the reality to achieve his goals.

We think that we are immune to deception and lies, because we are more intelligent or have more experience, and this it means that this possibility does not worry us, so we are giving them an advantage in their play of shadows. Instead, we must continually question things, even those that we have always taken for granted, because there is always a better, convenient or simply different way of doing and understanding things.

Do not miss the rays of light

In a sense, a part of us are those prisoners chained in the cave. A part of us feels comfortable with familiar stereotypes and beliefs, with traditions that make us feel safe. When we see a ray of light that forces us to analyze these things from another perspective, we are afraid and behave like the prisoners, denying the new reality.

It is true that paradigm shifts can generate fear, because they take away the benchmarks by making us question some of the beliefs that we have always considered absolute truths, but if we really want to grow, we must not grasp any absolute way of seeing the world, we must open ourselves to the flow of new ideas and perspectives.

Getting rid of the chains, when they continue to keep the others tied, is usually an emotionally complex process. It is not easy to rebel when there is a consolidated social dynamic of what we have been part for a long time.

Revolutions, both social and personal, always involve contradictory emotions and require concessions. During the “liberation process” we will not only have to deal with important people who will remain chained in the cave, but we will also have to free ourselves from the beliefs that until that moment were part of the core of our personality. And this can generate stress and anxiety. Some think that the sacrifices are not worth it and prefer to remain “chained” in a metaphorical sense. However, make the decision you make, the important thing is that you have had the opportunity to decide for yourself.

Alan Watts said that “most people not only feel comfortable with their ignorance, but they are hostile to anyone who points it out.” It is the same idea that Plato tried to convey with his myth, in fact, we must not forget that some of his ideas were considered too dangerous for the status quo of the time and caused him more than one problem.

Sometimes we neglect this detail, so we try to enlighten people with our knowledge, but those people are not ready to assimilate the new perspective. The doors of the mind cannot be opened widely in a moment when they have been closed for a long time, because we could even expose ourselves to a violent reaction. The solution is not to give up, but gradually open small gaps.