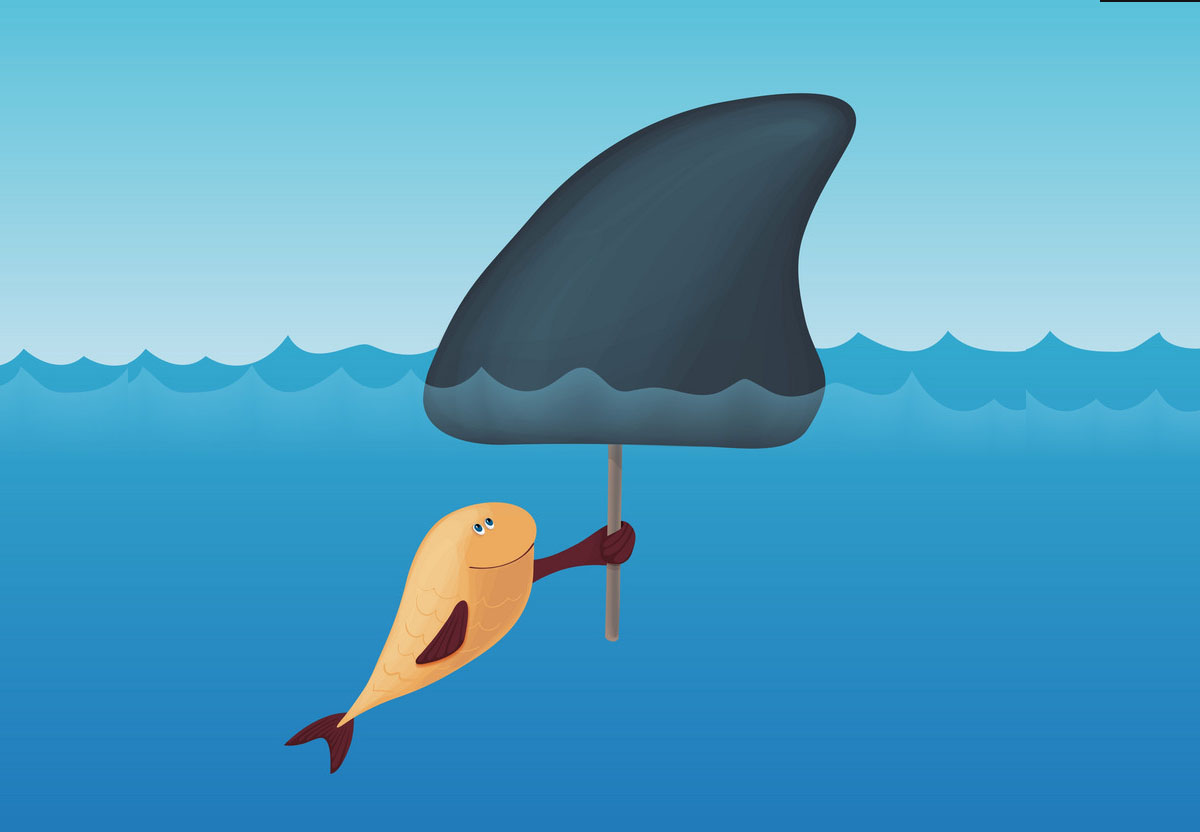 “Tell me what you presume and I’ll tell you what you lack” says a popular saying that some have ostracized relegating it into the annoying truths. Prisoners of the dictatorship of appearance, victims of a consumer society in which the more you have more you are, it’s easy to fall into the mistake of worrying too much for providing a social image of success and happiness, forgetting our true well-being.

Seduced by the siren chant of social networks, which promise us a successful and impeccable virtual identity, we can get to prioritize so much our social image that our real “ego” ends up being a secondary actor, relegated to the background, where it languishes in dissatisfaction of what could have been, but it was not.

The Herostratus Complex: Specialists in the art of pretending

It was the year 356 a.C. When, on a warm moonless night, a man named Herostratus sneaked into a temple, he seized a lamp and brought it to the cloth that wrapped the statue of Artemis to set it on fire. Thus he destroyed the temple of Artemis, one of the seven wonders of the ancient world.

His hand moved motivated by fame. He had no other purpose than to pass on to posterity. Today the “Herostratus Complex” is used to indicate those people who seek to excel at all costs, who want to distinguish themselves and be the center of attention, but instead of developing their qualities and abilities to really add value, they destroy or build a fictitious personality.

People who prioritize appearances have not fully developed all facets of their “ego” and need to resort to a fictional character to make others believe – or assert themselves in the belief – that they are successful and important. To achieve their goal, they don’t hesitate to invent or adorn excessively situations of all kinds that allow them to convey the idea that they lead a happy and successful life.

These people flaunt their material possessions without shame and often also boast of their sentimental relationships because for them they are one more achievement. They never have problems, their life is simply perfect. In fact, sometimes they come to believe so much the character that they built that, although life is crumbling around them like the fragile house of cards that is, they refuse to recognize it.

Where does the desire to pretend what we are not come from?

At the base of appearances is a deep need to be accepted and loved, as well as feel that we are important. When we’re small, we realize that “good behaviors” are rewarded in form of affection and acceptance, so we begin to adapt to environment to obtain the approval we need.

In the adult stage, this adaptive response can become a neurotic pattern. The person who lives by appearances depends almost entirely on the opinions of the others, so he builds a fictitious image with which he aims to get the acceptance he needs.

The problem is that in many cases he ends up identifying with that image. What initially was a response of survival, ends up becoming an over adaptation and the person decides and acts seeking the approval of the others, forgetting himself. He forgets to build a life that makes him feel good, to create a life that looks good from the outside.

In the end, this search for approval hides a deep fear of being rejected and lose affection. These people think that if they show themselves as they are, if they are authentic, the others won’t accept them. That means that they don’t accept some of their characteristics, but instead of undertaking an interior job to change them, they simply decide to hide them. Therefore, each appearance is the reflection of a lack, a frustrated goal and/or an inner rejection.

Those who live to pretend forget to live

People who live to pretend have not developed a good self-awareness, don’t have a solid self-esteem, but emotionally depend on others’ assessments. That leads them to lose the connection with themselves, they are not able to identify their own needs and lose the sight of the goals in life since their goal is limited to seek approval by building a mask behind which to hide.

As the French writer La Rochefoucauld said: “We are so accustomed to disguise ourselves to others, that in the end, we become disguised to ourselves.” In fact, it is common for these people to remain trapped in the mask they have built, victims of superficiality and appearances, without being able to establish solid and deep relationships since they are always hiding their true “ego” and relating to the others through a disguised personality.

On the other hand, maintaining that image of perfection is not usually easy. The person who wants to be faithful to the character he has built has to undergo a constant control and supervision, so he suffers a great self-inflicted pressure that can make him explode at any moment. And that is not happiness. In fact, it’s the furthest from the happiness you want to pretend.

In this way, the more we try to pretend, the farther we’ll be from achieving what we pretend. It’s a double mental tie because the more we worry about pretending to be happy, the less time we will have to try discover what makes us really happy.

We can’t deny that social pressure exists and we all like to be accepted. However, we must assume that not everyone will approve how we live or what we think. And that doesn’t mean that we have less value, it simply means that we are unique. The search for acceptance and adaptation ends where it begins to corrode our identity, pushing us to become something we are not.