Home » Arrogant people: Pride that arises from insecurity and ignorance 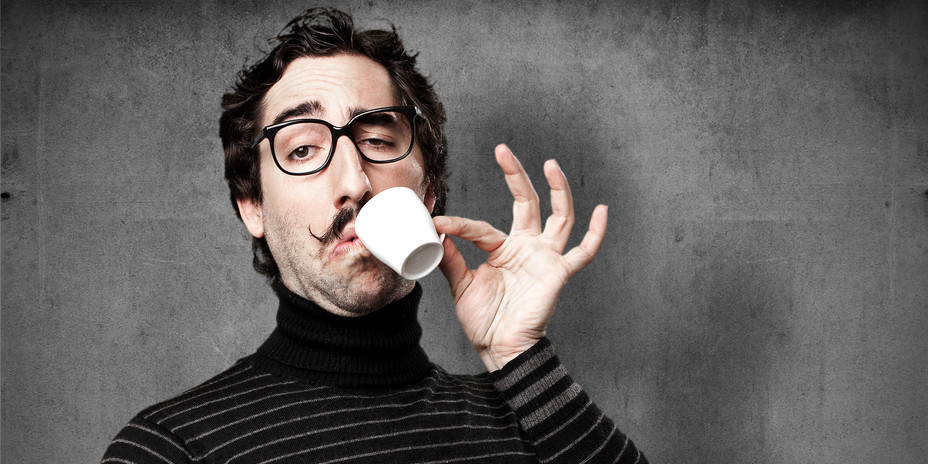 Let those who feel comfortable with arrogant people raise their hands.

Most people do not like arrogant people, among other things because they make us feel bad, they despise us and generate the feeling of inferiority. In fact, arrogance is a sense of superiority and exaggerated self-esteem that manifests itself with excessive and presumptuous affirmations.

However, the arrogant attitude develops very early in life. A study conducted at Yale University found that young children between 5 and 7 years old already show some arrogant thinking because they believe they can know more than the adults. At some point throughout the growth, we abandon that self-centered posture and form a more objective image of ourselves and the world.

Apparently, the arrogant person does not take that maturing step, he still believes that he can always win and, what is worse, he believes that he deserves to win always. This indicates that at the base of arrogance lies a childish attitude and a problem of self-esteem. In fact, thinking to be superior is usually a defense mechanism that shows that in reality that person does not have so much self-confidence. In this regard, Fulton John Sheen said that “Arrogance is the manifestation of weakness, the secret fear towards rivals.”

How is an arrogant person?

The arrogant person may seem attractive and pleasant at the beginning as he usually conveys an image of security and confidence. Therefore, it is normal that we fall into his net, until we realize that everything begins to revolve around him and we stop feeling good in his company because we feel smaller.

1. An exaggerated desire to receive compliments

A distinctive feature of arrogant people is that they constantly seek the admiration of others. Arrogance feeds on flattery, so these people will always try to bring up their achievements, whether real or fictitious. Therefore, they do not like secure people who are indifferent and do not fall at their feet.

2. They talk constantly about themselves

Arrogance is intimately linked to egocentrism. Therefore, the favorite subject of an arrogant person is about himself. This person will try to monopolize the conversation to attract attention to him. When the subject changes, he will try to redirect it towards his achievements, even if it means interrupting the others. Obviously, this person does not show much empathy, he assumes interpersonal relationships in one direction: the others must give and he should only receive.

3. They don’t recognize their errors or accept criticism

Arrogant people defend their self-esteem with a swashbuckling, so they do not usually recognize their mistakes. They are never wrong and always find a justification when are noticed any error or defect. The fault always belongs to another person or circumstances, they do not assume their responsibilities. Of course, they do not accept criticism either. When they see a criticism coming, they assume a defensive attitude and do not even listen to what they are told.

4. Forgiveness does not exist in their vocabulary

Since arrogant people do not do anything wrong, they find it very difficult to apologize or beg for padon. For them, the problem always lies with the other person, so it is not strange that even if they were wrong, they wait or even demand an apology. This arrogant attitude is one of the most troublesome in its interpersonal relationships and the one that blows up all the alarms.

5. They are intolerant towards differences

Arrogant people criticize the others, emphasize the mistakes and weaknesses of those who do not meet their high standards. The problem is that their self-esteem is based on the “defects” of the others because they need to feel inferior to the others in order to feel superior. At the base of this intolerance is an arrogant and dichotomous thought. Often these people think that things can only be done one way, which reveals a lack of maturity to appreciate diversity. In fact, the worst arrogance is that which comes from ignorance.

6. They are overcompensating weaknesses

In the picture that shows how an arrogant person is it cannot be missed the fear that others discover their weak points, so they will adopt a strategy to overcompensate with arrogant attitudes. For this reason, they usually speak loudly, they want to impose their ideas without giving rise to dialogue and hide their insecurities after behaviors that denote power. “Knowledge and reason speak, arrogance and ignorance scream”, said Arturo Graf.

7. They have an intimidating attitude

It has been proven that arrogant people are also socially dominant. These people have no qualms to express their anger, especially against the emotionally weak, to the point that they use intimidation strategies to impose their views and assert their “superiority”. Often the arrogant and intimidating attitude is based on techniques of intellectual intimidation.

How to treat an arrogant person?

If you allow arrogant people to enter your life and give them too much importance, they can end up shattering your self-esteem, making you feel inferior. However, since you can not escape from them, the smartest thing to do is to learn to deal with their arrogant attitudes.

1. Don’t give up control. No one can make you feel inferior without your consent. Therefore, it is about detecting the psychological mechanisms put in place by the arrogant person and not allowing them to make a dent in you. Learn how to give each comment or attitude, the importance it deserves, neither more nor less. Do not blame the other for making you feel inferior, instead ask yourself which button has touched inside you that you need to reinforce. You can take advantage of that experience to get to know yourself better and grow.

2. Don’t follow the game. Pride is nourished by praise and admiration. Therefore, the arrogant attitude is fought by eliminating the fuel that allows it to grow. That means you should not be impressed by their supposed achievements and abilities. It also means that you should not allow them make you feel inferior. Dealing with an arrogant person we must be aware that we are all different, we have different capacities and weaknesses. And that does not make us better or worse than the others.

3. Defend your position. It is important to know which battles are worth fighting and which ones will only report an unnecessary pain. When it’s worth it, stay firm in your position. If you see that it is not possible to maintain a civilized discussion, you can face the problem by saying that you respect their position, but don’t share it.

4. Make them look in the mirror. If the words or attitudes of the arrogant person have damaged you, do not be afraid to put him in front of a mirror, in the figurative sense. Explain what you think about his attitude and the effects they have had on you. It is not about taking a recriminatory and accusative tone but expressing your opinion and feelings, so that this person can realize the damage he causes with his arrogant attitude.

5. Laugh. The sense of humor is an excellent shell against people who, consciously or unconsciously, want to harm us. Therefore, use your sense of humor as a weapon in your favor to protect your psychological integrity. Finding the absurd side of the comments and attitudes of arrogant people will help you not to feel intimidated.