Home » 3 things that criticizing others reveal about you

“We don’t see things as they are, we see them as we are”, said writer Anaïs Nin and Psychology gives her reason, especially when it comes to criticizing others. We believe that our valuations are objective but the truth is that behind each judgment we make, hide our life experiences, values, expectations, desires and fears. Therefore, sometimes our judgments and criticisms say more about ourselves than of what we are judging or criticizing.

Criticisms do not have to be negative, but when they do not have a constructive intention or are disproportionate and generate an intense emotional response, they usually hide an inner problem, becoming a projection of our negativity or insecurities.

1. If we dislike someone irrationally…

There are people whose attitudes and behaviors do not conform to ours and can generate some rejection. It is normal. However, if we dislike someone in an especially intense way but we cannot explain why, we are likely to feel threatened or simply envious.

There are many reasons why might dislike somebody, but when the level of contempt is disproportionate respect the offensive behavior, it is likely that something else is happening in our psychology, even if we find it difficult to admit it.

It is likely that this contempt comes from resentment or the idea that this person does not deserve the luck he had. According to the maintenance model of the self-assessment proposed by Abraham Tesser, we tend to feel threatened by the success of the others and sometimes we can respond by emotionally and cognitively distancing ourselves from that person so as not to have to change some of our conceptions about the world.

In fact, we are more likely to negatively evaluate successful people who belong to a group outside of us when we feel that our self-esteem is threatened. If we compare ourselves with that person and we lose out, a defense mechanism can be activated to protect our ego, which would be that disproportionate disregard or dislike of the other.

2. If we judge someone’s personality basing on a single behavior…

Judging a person basing on a single behavior may indicate that we have developed an independent “ego” model that prioritizes internal motivation and autonomy. On the contrary, people who are aware that a behavior is not an unequivocal and direct expression of the personality tend to focus more on social roles and context.

It was proved by a study developed at the University of Michigan in which the psychologists showed to the participants a series of faces and associated behaviors, such as: a person who checks the fire alarm every night before going to bed.

The fastest people to relate that behavior to personality traits such as “neurotic” or “obsessive” also had a more independent image of themselves. Those who did not rush to draw conclusions based on a behavior followed a more interdependent model in which they took into account the influence of different factors on the behavior. They could think, for example, that this person might verify the alarm because there was a greater risk of fire in the area where he lived, instead of automatically thinking that it was a feature of his personality.

The problem is that those who have developed an independent personality model are more likely to draw hasty conclusions about the others, which can end up generating prejudices and affecting the relationship.

3. If you criticize who leads a lifestyle different from yours…

It is understandable that we do not agree with some lifestyles, especially if they are too far from our values, but if the behaviors of the others generate a great emotional response, they are likely to hide doubts about our lifestyle.

We are all victims – to a greater or lesser extent – of what is known as “normative idealization”, a phenomenon through which we assume that our state and lifestyle is ideal for all people, which leads us to see those that move further away from that “norm” under a negative prism.

A study conducted at Stanford University, for example, confirmed that we usually idealize our marital status, so that people who are engaged in a long-term relationship believe that it is best for everyone and associate it with more positive personality characteristics, being also more likely to trust more in those who maintain similar relationships.

The problem arises when other people succeed or feel happy with lifestyles very different from ours, because we can experience an uncomfortable cognitive dissonance that would lead us to rethink our decisions. In order not to do so, we block that content and overreact to everything that separates from our canons. Therefore, deep down, these exaggerated criticisms could be the expression of an inner insecurity and a more rigid mentality that does not contemplate diversity.

Fein, S. & Spencer, S. J. (1997) Prejudice as Self-image Maintenance: Affirming the Self Through Derogating Others. Journal of Personality and Social Psychology; 73(1): 31-44.

Tesser, A. (1985) Toward a Self-Evaluaton Maintenance Model of Social Behavior. Los Ángeles: Annual Convention of the American Psychological Association.

Breines, J. (2020) 5 Things Your Judgments of Others Could Reveal About You. In: Psychology Today. 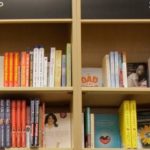 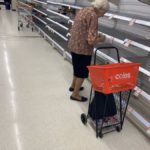