Home » Can we treat depression with Yoga? 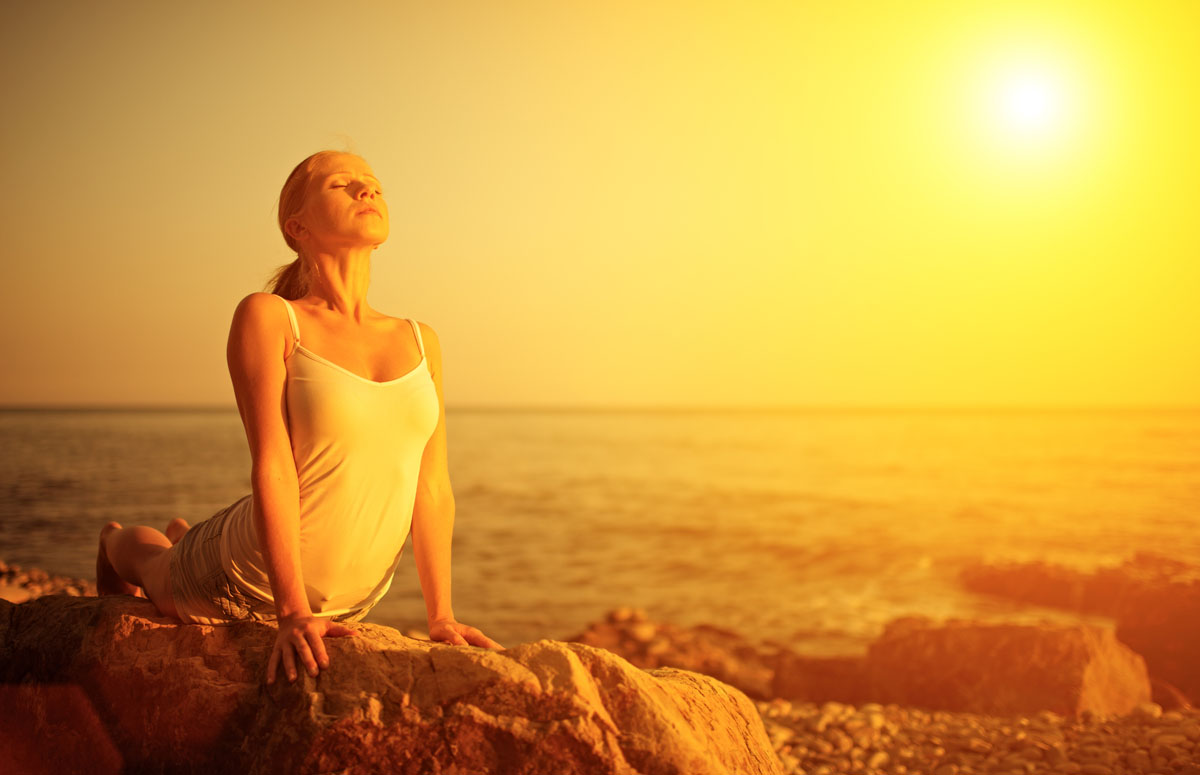 Currently the cases of depression are increasing everywhere. As announced by the World Health Organization, depression along with cardiovascular disease will be the most common diseases in our near future. United States is no exception, unfortunately, according with data of WHO (World Health Organization), about 15.7 millions of americans suffered at least an episode of major depression during 2014. These data are confirmed by the increase in sales of antidepressants and anxiolytics, which nowadays are the most sold medicines.

This premise to become aware of a disease that increasingly seeps into our lives, touching us directly or by hitting the people who surround us. The various types of depression recognized today as pathologies, reactive depression, endogenous depression and secondary depression, in many cases need pharmacological treatment and often the treatment includes antidepressants. However, it is decisive, and empirically shown, that best results are obtained by associating the drug therapy with a counseling path.

The effects of Yoga on depressed people

On this side are now focusing some of the studies aimed at finding alternative solutions to the use of drugs, or complementary, to remedy the serious side effects they cause in most cases. In this regard, a lot of scientific research has been done in order to test the effects of the practice of Yoga on people with depression. These studies confirm that practicing regularly Yoga can help anyone suffering from this disorder to strengthen their capacity to manage their depressive state.

In particular, one of these studies carried out at the National Institute of Mental Health and Neurosciences in Bangalore says that practicing the asanas, Yoga positions, significantly reduces cortisol and adrenaline, the so-called stress hormones, thus helping to restore a state of relaxation that facilitates the acceptance of negative feelings produced by panic attacks and episodes of depression. According to the experts, the acceptance is the key to healing and in this Yoga can be a valuable ally.

Another 2007 study, carried out by the University of California, involved 27 women and 10 men with major depression in remission, who underwent 20 sessions of Yoga. Once the test was complete, a significant reduction in depression and anxiety levels was evident. All participants in the study showed a significant improvement in mood after practicing Yoga.

Yoga does not offer a direct response to treatment, each individual may experience different results, but the benefits of this discipline are well established. Other studies confirm that Yoga acts similarly to drugs because it has a direct effect on the neurotransmitters. In particular, one of the fundamental aspects in the treatment of depression is meditation, an integral part of most types of Yoga currently widely used in Europe.

One particularly interesting study that confirms the effects of yoga on depression published on the Indian Journal of Psychiatry involved sixty Care Givers, professionals who deal with patients with severe neurological deficit that after being in contact with these suffering people are experiencing symptoms of anxiety and also depression.

Half the target group was given the opportunity to practice Yoga for forty-five minutes a day for one month following this particular sequence: OM chanting, yogic breathing exercises, practice of certain asanas, fifteen minutes of Yoga Nidra, ten minutes of Yoga Pranayama and at the end the repetition of syllables according to the methodology Pranava Japa. The results were surprising, the group who practiced yoga showed a significant difference in the psycho-physical state. According to the moon posture test that measured the benchmarks for anxiety and depression, the practice of Yoga had significantly decreased the presence of both.

In reality, what these studies demonstrate is that a regular practice of Yoga disciplines can help to develop awareness of our moods and in particular provide a different approach to the desease to those suffering from depression, thus representing a valid support in the therapy for depression, even associated with the pharmacological and psychological therapies.