Home » The dark side of emotional intelligence 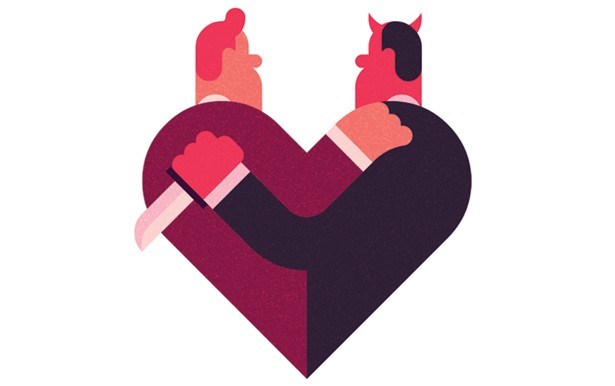 We tend to think that the skills are always positive. Therefore, the more skills we develop the better is. We also commit the mistake of believing that a person with many skills is better than another with less. Thus, we prefer to have at our side, both at work and in everyday life , the most able people. But the skills are not inherently positive, it depends on how we use them.

The Emotional Intelligence is essential because narcissists can reach their goals

The Emotional Intelligence, a concept created in 1990 by Salovey and Mayer and popularized by Daniel Goleman, has been touted as a key skill for success. Everyone wants to develop their emotional skills and want to have in their team people with a high level of emotional intelligence.

It is not surprising, since a great number of studies show that people with higher emotional intelligence tend to have fewer health problems, a brilliant career, are more efficient and satisfied in their personal lives, as well as have less interpersonal problems.

However, this construct, which implies the ability to perceive and understand their emotions, manage them properly and express them assertively, is not a panacea. There are other studies that have received less media attention, in which the researchers focused on the analysis of how people use these skills, they concluded that the emotional intelligence has a “dark side”.

In fact, recently a group of Austrian psychologists examined 594 people and found a correlation between emotional intelligence and narcissism, indicating that this ability is often used to “seduce and conquer” the other, to satisfy their own interests at the expense of the needs of the others.

But this is not the only study that has found this correlation. A research conducted at the University of Michigan with 184 people discovered that the narcissistic traits are deeply linked to the ability to recognize emotions, a key factor to manipulate the others.

In fact, the ability to grasp and understand the emotions of the others often generates empathy, but it can also turn into a manipulative behavior, such as what are practicing the narcissists.

As if that were not enough, another study conducted at the University of Toronto found that people with high emotional intelligence are more likely to embarrass the other in public, often just to get recognition. Interestingly, this study also found that these people are more likely to recognize negative emotions rather than positive ones.

This indicates that they have developed a special ability to detect emotional states where we are most vulnerable, in order to exploit them in their favor and manipulate us. For example, it was found that these people can easily identify when we have doubts, interpreting facial expressions that denote uncertainty and lack of confidence. Obviously, when we doubt we are more vulnerable to the opinions and pressures of the others, then to manipulators is easier to achieve their goal.

Of course, this does not mean that all people with high emotional intelligence are narcissistic and manipulative, but it is important to note that the ability, in itself, is not negative or positive, depends on how we use it.