Home » 10 motivational quotes to remove toxic people from your life 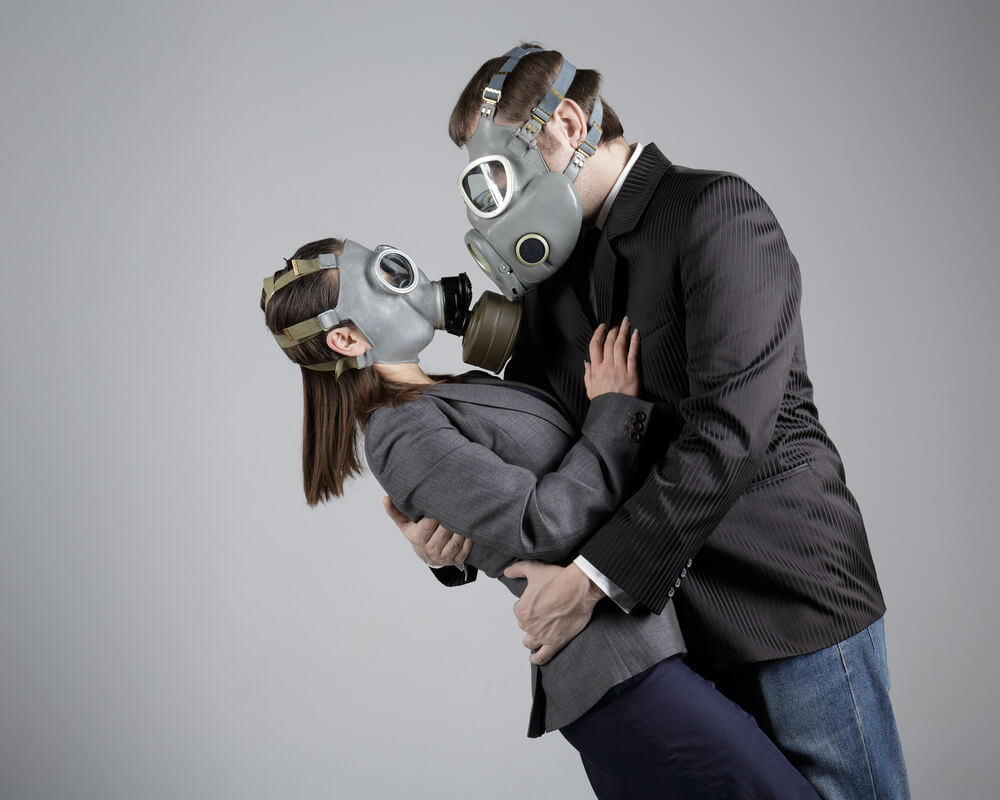 We can all become toxic at some point or in certain relationships. In reality, rather than referring to toxic people, it would be more appropriate to refer to toxic relationships in which the emotional distress prevails due to the attitudes assumed.

But it is also true that there are people who tend to manifest more often toxic behaviors, because they have developed relational habits that are often harmful to others. They can be authoritarian people who do not recognize truth besides their own, envious people who are responsible for the successes of others, controlling people who pretend that we depend emotionally on them and people who are dedicated to criticizing and sticking their noses in the affairs of others or conflictive people who always find reasons to discuss.

In these cases, you have all the rights to say “I do not want toxic people in my life”, especially if these people end up damaging your self-esteem, make you feel inferior or cause such tension that the air becomes heavy and unhealthy.

You cannot always eliminate toxic people from your life, at least in the most literal sense, but you can create an emotional arm that prevents them from hurting you. It is about taking the right attitude to prevent their poisoned darts from striking you. These motivational quotes related to toxic people, will allow you to change the perspective and deal with this type of relationships, or even end them without feeling guilty.

1. “Toxic people adhere as concrete blocks to your ankles, then push you to swim in poisoned waters.” – John Mark Green

Many of the toxic people are usually quite skilled in interpersonal relationships, usually at first they are fascinating or make us feel sorry for them. Once we fall into their nets, they show their hidden side. In fact, in many cases the power they have over us resides in the emotional relationship we have established, which prevents us from seeing clearly what is happening.

2. “I will not allow anyone to walk in my mind with dirty feet.” – Mahatma Gandhi

In Hinduism, great importance is given to the mental state, thoughts and emotions that we cultivate. Therefore, Gandhi emphasized that we cannot let other people plant within us the seeds of denigration, discomfort, hatred or despair. We cannot control the behavior of the others, but we can control the impact it will have on us.

3. “Don’t let negative and toxic people rent space in your head, raise the rent and kick them out!” – Robert Tew

This phrase to ward off toxic people is similar to the previous one, but emphasizes the importance of raising the standards we set up to allow people access our inner circle. If we consider that it can only damage us what we give power to, we can understand that the solution lies in not allowing these people to play with our mind.

4. “Sometimes it’s better to end something and try to start something new than imprison yourself in hoping for the impossible.” – Karen Salmansohn

This American writer encourages us to make decisions that allow us to move forward despite adversity and conflict. On many occasions we remain stuck in toxic relationships with the hope that the person will change. However, if we have done everything possible and have not seen any major changes, perhaps the best solution is to end the relationship for our own health.

5. “Some people live in such deep darkness that they could burn you only to see the light. Don’t take it as something personal.” – Kamand Kojouri

This quote about toxic people refers to the fact that many times that kind of relationship affects us because we take them too much to heart. We can begin to get rid of their negative influence when we realize that in reality these people cannot relate in any other way, it is not something personal. In this way we can assume a psychological distance that allows us to regain control.

6. “Pay no attention to toxic words. What people say is often a reflection of themselves, not you.” – Christian Baloga

In keeping with the previous sentence, this writer encourages us to reflect on the fact that destructive criticism usually says more of those who criticize rather than who is criticized. Everyone expresses what he has inside, no more no less, so it is not convenient to assume certain attitudes and words as something personal, but it is better to learn to let them go and take them as an expression of deep dissatisfaction and unhappiness of the other.

7. “Let go of negative people. They only show up to share complaints, problems, disastrous stories, fear, and judgment on others. If somebody is looking for a bin to throw all their trash into, make sure it’s not in your mind.” – Dalai Lama

The Dalai Lama has spoken on several occasions about the people who steal our emotional energy. It is not necessary to treat them badly because in many cases they are not even fully aware of their behavior, but we should not even allow them to empty their “emotional junk” in our mind. Setting limits is usually the healthiest choice for our mental balance.

8. “Say no is necessary and we must learn to say it with peace.” – Bernardo Stamateas

Sometimes it’s better to say no and annoy someone, rather than say yes and bother us. Say no on certain occasions, involves only defending our rights and preventing the other person from exceeding certain limits. We must not feel guilty about this.

9. “Keep away from people who try to belittle your ambitions. Small people always do that, but the really great make you feel that you, too, can become great.” – Mark Twain

This writer referred to the importance of cultivating our interpersonal relationships as if it were a garden. If we surround ourselves with negative people, sooner or later we will end up taking their vision of the world because emotions are contagious. We must not forget it.

10. “You don’t ever have to feel guilty about removing toxic people from your life.(…) It’s one thing if a person owns up to their behavior and makes an effort to change. But if a person disregards your feelings, ignores your boundaries, and continues to treat you in a harmful way, they need to go.”- Daniell Koepke

We should always keep this phrase in mind to remove toxic people, because it allows us to free ourselves from the sense of guilt that keeps us tied to the relationships that harm us. In reality, every person is responsible for his own behavior and the consequences of it, we cannot assume responsibilities that do not belong to us. If someone does not want to change and wants us to become his victim, we should not be afraid to eliminate that emotional bond. In fact, getting some people out of our lives does not mean that we hate them, only that we respect ourselves and we want to live in peace.