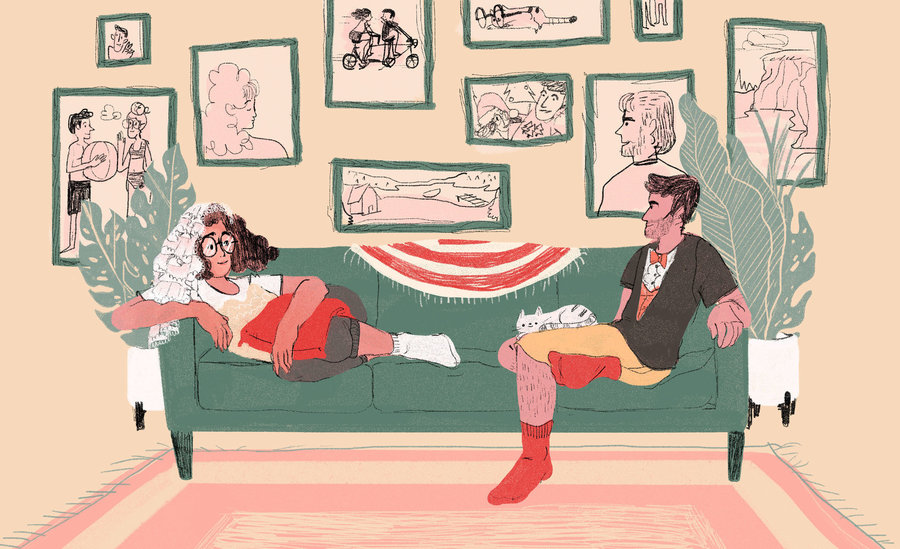 If we spend a lot of time with another person, sooner or later we will realize that we have begun to undergo some subtle changes, and perhaps others that are not so subtle. It is likely that we end up liking some of the television shows the other person sees, some of his favorite dishes or even some of his favorite brands. It is also likely that we give a new meaning to certain words or phrases that become a kind of secret password that only we two understand. In short, we will begin to resemble each other.

Psychologists at the University of Georgia have discovered that maybe we do not need to wait that long to check those changes. After the first year of marriage, we have already undergone important transformations in our personality.

The psychologists discovered that different personality changes occurred between the first and the last survey. They affirmed: “we usually think of personality as a quite static variable, but this study shows that very early in marriage and in a relatively short period of time, the personality of each member of the couple changes”.

The 3 changes in personality that causes marriage

Marriage transforms the personality of its members making them less pleasant and more irritable. Psychologists believe that these transformations are due to the fact that the first stages of marriage are often difficult since both must get used to a new status, they must face many changes in their life, both emotionally and economically, and have to stop idealizing the partner to face the problems of day to day. All that can end up souring a bit the character of the couple, at least until they find a new balance.

The psychologists found that women tend to be less open to trying new experiences and men become a little more introverted. When marriage is contracted, it is normal for the couple to focus more on caring for the relationship spending more time together, which often decreases their social interactions. In practice, your world does not continue to grow outward but expands into the relationship.

During the first year of marriage there are two very positive changes in the personality of its members: women experience less intense negative emotional states, decreasing the chances of suffering depression or anxiety. Men, on the other hand, when assuming new responsibilities, usually develop a new level of self-awareness.