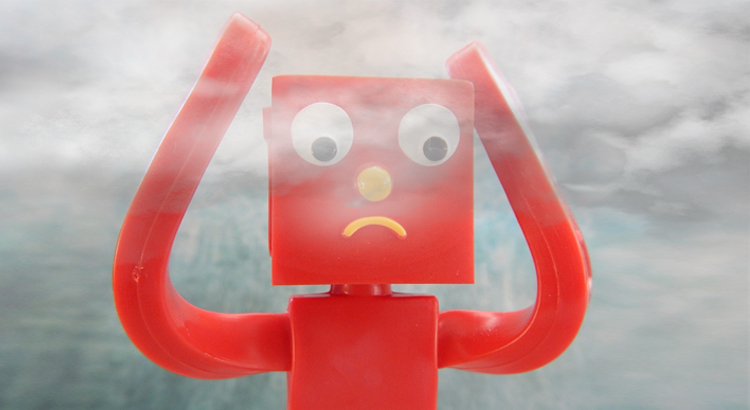 When we are tired, we do not work the same way. Not only does it cost us much more doing the things, but we make more mistakes, we are slower and feel more irritable. When we are exhausted, even our memory plays tricks on us, we are more likely to forget the keys or the phone when we leave the house or we have some mental gaps.

Now a group of neuroscientists from the universities of California and Tel Aviv provides an explanation for these troublesome phenomena: mental fatigue “turns off” the brain. Lack of sleep and energy depletion affects the ability of neurons to encode information and translate it into an appropriate response. In other words, they are not able to connect and communicate effectively with each other. This means that the exhaustion you perceive is not only psychological, but there is also a deep underlying brain fatigue.

At the experiment took part people of different ages who suffered from epilepsy. These people were awake throughout the night, to generate the typical tiredness caused by the lack of rest.

The next day they were asked to classify a series of images as quickly as possible. The task was very simple because it was enough to differentiate images of people, animals and places.

While doing so, a series of electrodes that had been implanted in their brains to detect the source of convulsions captured neuronal discharges in real time. In fact, we must remember that to interpret any type of environmental stimulus, the neurons need to connect to each other, sending signals that must be received and decoded by other neurons, creating a large network in the brain.

The researchers focused on temporal lobe neurons because it is the brain area related to visual perception and memory. Thus they discovered that with the increasing of the fatigue, people’s ability to classify images diminished.

The interesting thing is that even the neuronal discharges slowed down their pace, the neurons took much longer to receive and transmit the messages. Furthermore, the transmission signals were much weaker, as if they had lost power.

In fact, another study conducted at the University of Wisconsin suggests that these neurons may even “disconnect” completely. The lack of sleep and fatigue literally make falling asleep certain groups of neurons in the cortex.

How is it produced the mental fatigue?

When we are tired, the daily activities require 10 times more effort and we can perceive a sort of mental fog that prevents us from thinking clearly. And this not only slows down our cognitive functioning, but brain fatigue can even create false memories.

This is what has been verified by researchers at the University of California, who asked a group of people to see photos of an alleged crime and then read a report in which these images were contradicted. The more tired people were more likely to invent a fantasy story, remembering only the data of the report and discarding the images, which were the most reliable evidences.

This is due, inter alia, to the fact that lack of sleep and fatigue make the brain lose its filters. Filters are the ones that help us differentiate relevant information from those that are not, allowing us to stay focused on what really matters. This was demonstrated by some neuroscientists at the University of Pennsylvania with the aid of functional neuroimaging, which enabled them to find that fatigue and lack of sleep affect the synapses of neurons in the frontal and parietal regions involved in control, as well as in those found in the secondary processing areas of sensory information and in the thalamus.

According to a theory elaborated by some neuroscientists of the University of Göteborg, the problem is that when we lose these filters due to brain fatigue, larger regions of the cortex are activated.

The problem is that this strong activation, added to fatigue, produces a block. Neurons simply cannot “keep up” and disconnect. In some cases, this process can lead to neuronal death.

This means that we should consider sleep and rest much more seriously, and not only to be more productive, but also to take care of the health of our brain.