It is well known that music has a moving effect on our psyches but … what happens in the brain?

Since the discovery of the Mozart Effect (some of the musician’s compositions can improve spatio-temporal reasoning) much has been revealed in the music-brain relationship.

It is not my intention to carry out an exhaustive analysis of the music-brain relationship, but rather to provide some important, perhaps somewhat curious, elements about what happens in brain function while listening to musical notes.

– The brain is not a simple receiver of sounds but it also controls the sensitivity of the inner ear so it often modifies, filters sounds and interprets them. This makes it possible for us to listen to conversations at a party, even though the music is playing in the background.

– The greatest interest of the brain is located in changes and contrasts, so a monotonous sound ends up not being heard thanks to two phenomena: the adaptation of the receptors and an inhibitory process called habituation.

– On the contrary, the perception of rhythm takes place essentially in the left hemisphere. This is why there are people who have a brilliant capacity for harmonic perception but are poorly endowed with rhythm perception and vice versa.

– When we imagine music or experience it in a very strong way, the structures of the limbic system are activated, especially the thalamus, which makes us sometimes experience music as we experience passions.

– Many professional musicians have a more developed and larger temporal area than the rest of the people. The same happens with the anterior half of the corpus callosum that joins both hemispheres.

– Another curious characteristic of musicians is that they use fewer brain regions than normal people when performing hand movements.

– There are also gender differences in music, while in men the right hemisphere is dominant to analyze tone sequences, in women are involved both hemispheres.

– There is a disorder known as amusia, that is, the inability to understand or play music. It is produced by brain injuries of the temporal zones.

– There are special cases of disconnection between music and language in the brain from very early ages, they are called: “wise musicians”; children deficient in their linguistic abilities but with an absolute ear, a very delicate perception, an enormous capacity for acoustic representation and an exceptional musical memory. They usually have injuries in the left hemisphere.

– Many composers suffered from what we now call manic-depressive periods. Interestingly, people with this disorder usually show high rates of creativity. About a third of all writers and artists, as well as half of poets, are supposed to have had manic-depressive symptoms.

– Music lowers the threshold of sensory perception, so listening to musical tones can improve vision by up to 25%. Perhaps this relationship is also the cause of synesthesia, people who when listening to music see colors before their eyes.

Without a doubt, it is marvellous the possibility of delving into the mysteries of the human brain. 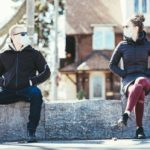