Home » How technology is changing psychology? 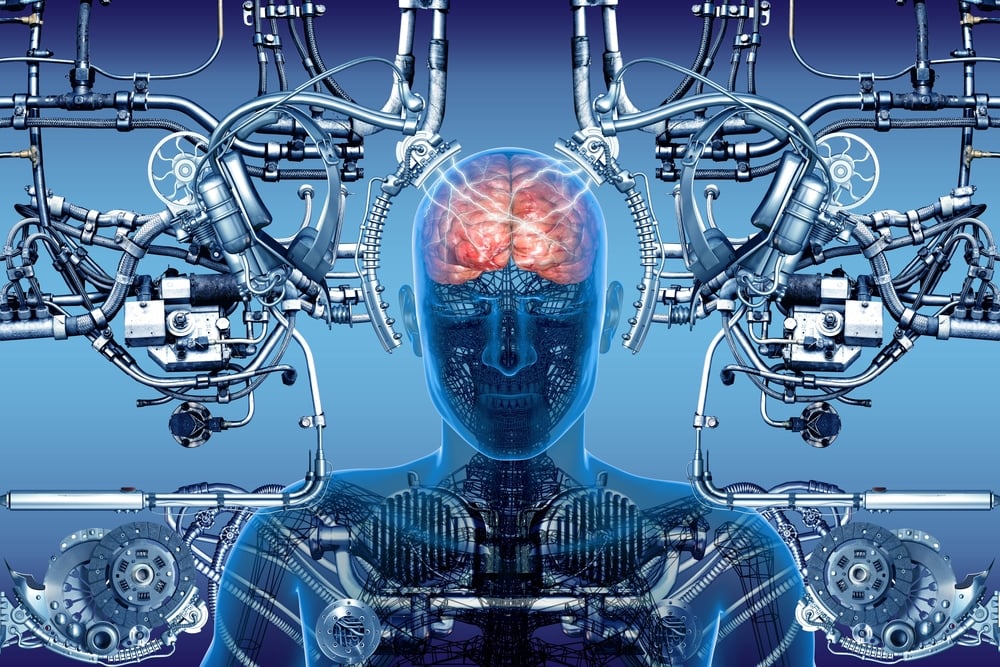 In the eighteenth century, for example, Franz Mesmer, an Austrian physician, used magnets to try to alleviate mental disorders. He then created his famous “health tanks”, a wooden container in which two rows of bottles filled with magnetized water run towards a steel bar fitted with movable conductive tips. The patient applied one of these tips to the painful side. He also used to seat people around this tank holding hands to convey the magnetism between them.

However, it was only in the nineteenth century, when in Psychology broke the passion for technological devices, mainly those used for measuring and limited to the use in the laboratory. Such is the case of the plethysmograph, which could be considered the precursor of the TAC and that measured changes in brain volume in people with skull lesions.

Also during this period made its appearance the kymograph, the precursor of the lie detector (polygraph), which was introduced in the early decades of the twentieth century, and even today is still used to measure changes in physiological parameters when the person is exposed to certain stimuli.

Now Psychology is facing the new challenges posed by digital technology, the progress of the Internet and mobile phones, as well as the use of Virtual Reality and Augmented Reality, the new horizons that are changing not only the way we communicate, but also perceive the world and live.

Computerized tests have become the norm

Once the psychological tests were performed by hand, with a pen and a paper. The psychologist would sit in front of the person and apply the various tests. But now many of those tests are realized with computer or directly on the mobile phones. This way we save time and many people report feeling less nervous because the presence of the psychologist made them feel uneasy.

In the research field the possibility to perform remote testing opens new horizons, since we can collect more data in less time. In fact, many of the major studies involving thousands of participants, are made from online surveys that people can fill in anywhere in the world they are.

Obviously, this new way of gathering information also implies that the psychologist can’t offer help and see how the person reacts. In this way, the tests do not analyze the potential, but focus in providing a framework, more or less certain, of the present. Therefore, it is essential to properly formulate the questions, structure the interview very well and choose the right online tool to create the questionnaire. This reduces the risk that people abandon the interview or that is collected information very difficult to analyze.

“Big Data” gives a boost to the new branches of Psychology

Before every science followed its path, the results didn’t transcend that field. But today, with Big Data, a vast ocean of data produced from each of these studies can easily be stored in such a way that we can access to a huge database where we can analyze and cross several behavioral variables.

This possibility, unthinkable until now, allowed the development of new branches of Psychology such as neuroeconomy and neuromarketing. In fact, it opens the way for the realization of the most comprehensive meta-analysis in which we can access a huge amount of data that offer conclusions closer to reality, starting from the analysis of the behavior of hundreds of thousands of people. This way we can better understand how they react and under what circumstances, to design the most appropriate treatments.

Therapies can be given on the internet

It is no longer necessary to go to the psychologist, an Internet connection is enough to receive treatment at home. When the case is not very serious, many psychologists offer the possibility to realize some online sessions or even the entire treatment. Therefore geographical barriers fall down and people who have difficulty to move can follow the treatment.

This new way of doing therapy also encourages those people who were afraid of being seen entering the psychologist’s clinic, since there are still many stereotypes at the respect. In addition, there are online programs in which people can remain anonymous and clarify their doubts or receive orientation.

Of course, online consultations also have drawbacks. For example, the psychologist will have problems reading the non-verbal language and may overlook important details. In online psychological sessions it possible to capture visual clues, but there are limits, it is difficult to see so many emotional signs as in an encounter face-to face.

It is even more difficult to establish the necessary relationship for the therapy and make the person feel comfortable and supported. But nonetheless, a recently published meta-analysis revealed that online therapy can be as effective as the traditional one for the treatment of depressive disorders, anxiety and phobias.

Virtual reality is gaining ground in psychological therapies, in particular for the treatment of disorders such as anxiety, phobias and post-traumatic stress, in which has already proved its effectiveness. In fact, a meta-analysis that included 13 studies that were comparing the use of virtual reality with the traditional one with almost 400 patients, concluded that this tool is not only more effective, but its results also last longer.

The key lies in the fact that virtual reality takes advantage of our fear and confusion, a state that triggers a strong emotional response that changes the functioning of our brain, preventing us to detect small details that would indicate that we are not in a real environment. All this takes place in only 12 or 15 milliseconds, and, even if the situation that the person lives in a virtual environment is not real, are activated the same physiological and psychological mechanisms, so as to be able to correct the inadequate response with extraordinary effectiveness .

In addition, virtual reality has an acceptance rate higher than the systematic desensitization and in vivo exposure, since about 27% of people refuse to submit to traditional techniques, simply because they are too afraid. In contrast, only 3% of the people refuse to use virtual reality, because they know they can face their fears in a safe and controlled therapeutic environment, where they can decide when to stop.

Furthermore, most of the virtual reality modern systems allow the psychologist to control in every instant the exposure to the therapy, adapting the experience at the level of each patient. It is also possible to track the person’s physiological constants to know exactly the level of anxiety and make sure that doesn’t increase excessively.

Would you tell your problems to a robot?

However, the changes already underway are not the most interesting, but the ones that will come in the future. Right now, 6% of smartphone’s apps in the health sector focus on mental health. Many of these claim to become a “digital coach” offering the person the necessary guidance to face his troubles or improve some areas of his life.

In addition, engineers are already working on a new field called “affective computing” in order to make sure that the machines will learn to seize our emotional states and react accordingly. So perhaps, in the future, you could find yourself telling your problems to a robot.