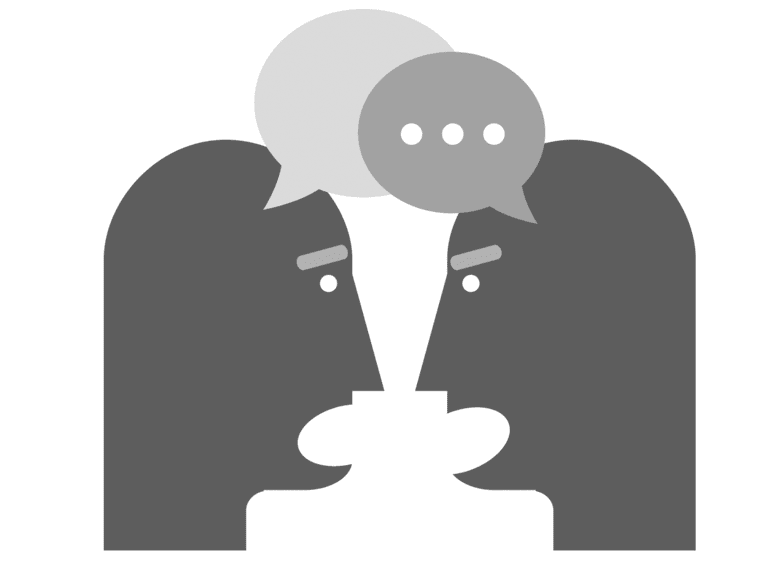 Many of the arguments and fights we have every day are triggered by insignificant or even stupid things, things that are not even worth discussing. In other cases, the problem lies with our interlocutor and his inability to contemplate any point of view that is different.

However, when we allow ourselves to be carried away by emotions and immerse ourselves in those endless discussions that lead nowhere, we lose our inner peace and our mental balance is affected. And it’s not worth it. Seneca had already said: “A prolonged discussion is a labyrinth in which the truth is always lost.”

Stoic guide not to lose the peace arguing for trivialities

Epictetus, one of the most famous Stoic philosophers, taught that the external things that happen to us are beyond our control and, therefore, we should learn to react assuming a psychological distance that protects us from its negative effects. We are not responsible for those things, but we are responsible for how we react to them.

He advises us: “When any person treats you badly or speaks ill of you, remember that he does it because he believes it’s his duty. Therefore, he is unable to follow what seems right to you, he only does what seems right to him. In this sense, if this person is wrong in his opinion, he hurts himself, because it is him who has been deceived. If a person assumes that a true proposition is false, the proposition is not affected, it’s the person who deceived himself. If you act according to this logic, you will be more even-tempered in your temperament with the one who insults you because you can tell yourself on each occasion: ‘it’s only his opinion'”.

This doesn’t mean that we should allow ourselves to be insulted or humiliated, it just means that we must maintain control over our reactions because every time you get angry, you give control to the other person, every time you let someone take away your emotional balance , you lose.

Epictetus, on the contrary, encourages us not to take things personally and take a reflexive distance that allows us to respond with equanimity. We must understand that some people may be offensive because they feel weak, simply out of ignorance or because they don’t know how to react in any other way.

That doesn’t mean excusing their behavior because nobody has the right to accuse or insult the others, it just means that we go over and refuse to engage in absurd or insignificant discussions that won’t take anywhere. It means acting with intelligence and applying Seneca’s maxim: “It matters much more what you think of yourself than what others think of you”.

Marco Aurelio, another of the great Stoic philosophers, thought that the key lies in our attention and in the meaning we attribute to events. He preached serenity based on self-control.

“The value of attention varies in proportion to the object it focuses on. It’s better that you don’t devote more attention and time than they deserve to small and insignificant things […] If you love yourself so much, pay more attention to what you think about yourself than to what others think […] Decide that they will not harm you, and you will not be harmed. Decide that you won’t feel damaged, and you will not be.”

In his speech there are two important points that become valuable teachings to escape useless arguments. First of all, we must learn not to pay more attention than they deserve to destructive criticism, unfair opinions or rigid ideas. If we keep circling it in our mind, even when discussion is over, we will only be fueling discomfort and frustration. We must learn to give each thing the importance it deserves. No more, no less.

The second interesting point in Marco Aurelio’s speech refers to empowerment. No one can harm us without our consent. Therefore, when we get angry and into useless arguments, it is because someone has touched one of our sensitive points. This is a good time to ask ourselves why we have discussed something so inconsequential, grow and not make that mistake again in the future.

Seneca has been considered as the maximum representative of stoicism, in his different writings he left us some pearls of wisdom that we can apply to avoid that useless arguments quit us peace of mind. In the famous “Letters of a Stoic” he advises:

“The effect of what is not sought is overwhelming, because the weight of disaster adds to the unexpected. The fact that it was unforeseen intensifies a person’s reaction. That’s why we have to make sure that nothing takes us by surprise. […] We must anticipate all the possibilities and strengthen the spirit to face the things that can happen if we don’t want to feel overwhelmed and dazed. […] Everyone faces more courageously something to what has been preparing for a long time. Those who aren’t prepared, on the other hand, will react badly to the most insignificant events.”

Seneca referred to the importance of controlling our expectations, which often lie at the base of those meaningless discussions. If we expect all the people we meet to be open and flexible in their thinking, when we meet rigid people who don’t want to listen, we will feel frustrated. On the contrary, contemplating this possibility will allow us understand immediately that the discussion doesn’t make sense.

We can also prepare ourselves mentally to face certain discussions. Learning assertive communication techniques, for example, will allow us to remain calm and positively refocus the conversation.

The key lies in being aware that we don’t live in an ideal world and that we can’t change some people, so we only have to ask ourselves if we will let them take our peace of mind with discussions that do not lead anywhere or simply act more intelligently and we put an end point.