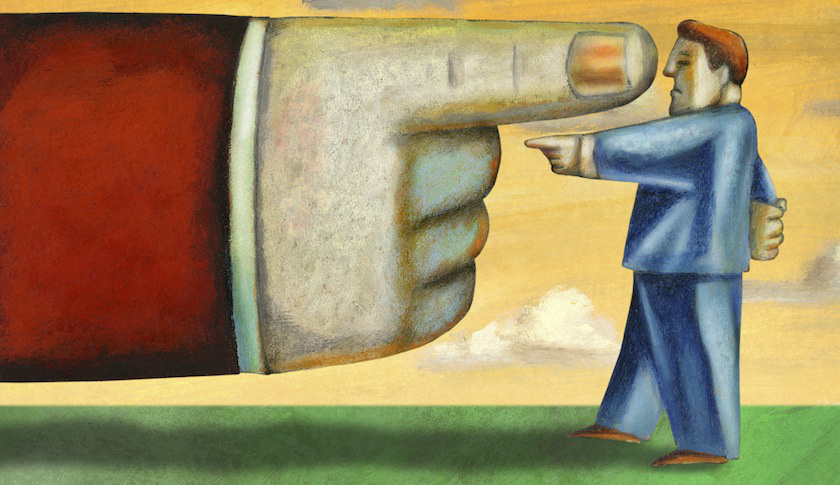 All were victims of criticism, but that does not make it less painful. When we are criticized we may feel embarrassed, angry or even unworthy and incapable. In fact, Winston Churchill compared criticism to physical pain and was not wrong by much, since a recent study has shown that the experiences of rejection, criticism and humiliation are processed in the same brain area that processes pain.

Obviously, not all critics generate these negative experiences, there is a constructive criticism that makes you think and helps you grow. To detect it is important to understand what motivates people to criticize, if their reasons are valid or, conversely, are only a strategy to reassert their power, complain or humiliate.

1. They feel threatened by some of your qualities and use criticism as a weapon to try to balance the game. In practice, these people feel inferior, then attack your weaknesses trying to take you down to their level.

2. They are convinced that have a right to a special treatment and conditions and think that they are not getting them. In these cases, the person may believe that you owe hime/her something or simply is too self-centered and thinks you should put yourself in his/her service and, if you don’t do it, criticizes you to make you feel bad.

3. They like to feel responsible for the situation in every moment and get scared when they feel that are losing control. In these cases, criticizing you return to them, at least in part, the feeling of control, because they believe to tear you down this way and take the control.

4. They want to gain something. In this case it is likely they criticize you in front of someone else, to make sure they look better, both at work and with friends. In this case they do it because consider you a rival or a competitor.

5. They think they are helping you, because are offering a part of their wisdom or experience. In fact, many painful criticisms can hide good intentions, even if done in a wrong way.

6. They think that only their views are valid, then criticize you when you dare to suggest something different, which is often considered a personal attack, because, deep down, these people are often very insecure.

7. They try to attract your attention, but since they’re short of social and/or emotional skills, fail to do it in an assertive way, so they end up criticizing, complaining or whining.

8. They seek admiration and approval. In fact, when people think they are expert in every field, often criticize others to demonstrate what they know and reaffirm their position, looking for admiration.

9. They feel frustrated because have tried to express their own needs and opinions in a more assertive way, but you haven’t been paying attention and, consequently, they discharge all that anger in the criticism.

10. They feel wounded by your words or actions, perhaps unintentional, but don’t dare to say it directly and hide this dissatisfaction in a criticism more or less reasonable.

11. They’re projecting their fears and insecurities. In fact, when people do not accept some of their features and recognize them in the others, they generate in them a deep rejection and open the way to criticism.

12. They try to take revenge on you for a situation never completely assimilated, so they turn the criticism into a tool of humiliation and shame.

13. They need to feel powerful, even if it means passing over you. To achieve this, they use criticism as a stick with which they hit you.

14. They perceived your words or attitudes as a criticism, so went directly to the counter.

15. They envy or admire you, but do not manage to express those emotions properly, so they end up criticizing exactly those qualities.

How to react to criticism?

The way to react to criticism depends largely on the situation and the reasons that cause it. In fact, there are cases where is better not to do it, because reacting to criticism would only serve to further enhance the other person and satisfy his/her desire for leadership and control. In these cases it is best to ignore them, because trying to defend ourselves would only lead to a dead end. Therefore, if you can, pretend that nothing has happened.

When the person who criticizes you is important for you, it is desirable that you pay attention and let him/her know that you love and esteem him/her, even if you do not agree with that opinion. You can also point out to that person that you respect his/her ideas and efforts, but always asserting your independence and the right to make your own decisions.

When it comes to a criticism made in public and you want to defend yourself, you better not do it with another critics but focusing only in dismantling what the other have said, always keeping calm. Often a quiet, concise and intelligent response is enough to make a good impression on the others.

In any case, you should always reflect on criticism and, if contains a grain of truth, correct your behavior, an attitude that shows maturity.