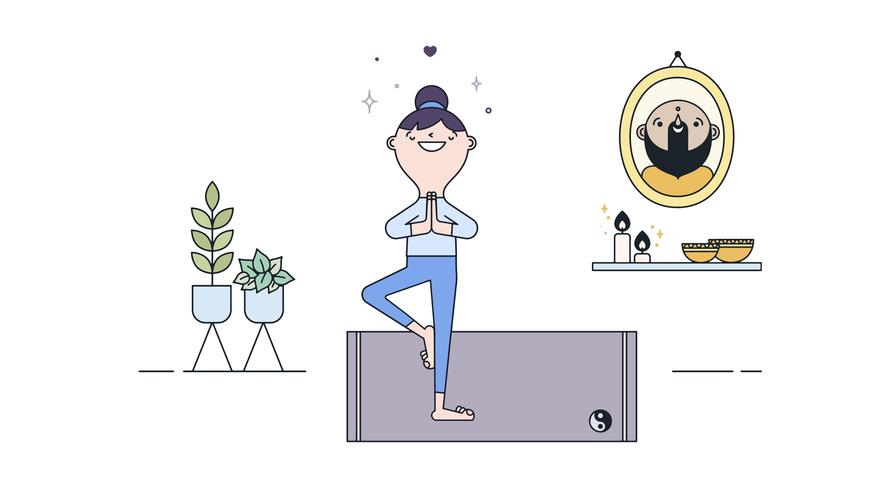 “Mens sana in corpore sano” advised Juvenal, although in reality the origins of this idea are lost in time. The Hindu and Oriental wisdom have been recommending for thousand years the practice of Yoga and meditation to harmonize body and soul. Now, thanks to magnetic resonance, science is confirming that both practices have a positive impact on our brain.

That means that the relief of anxiety and depression, as well as the improvement in attention and memory, are not subjective results but are corresponding to real changes in brain activity. Therefore, extending your mat to practice Yoga or creating your meditation corner is one of the greatest gifts you can give yourself.

The effects of Yoga and meditation at brain level

People who practice frequently Yoga and meditation preserve better their brain functions as they get older. A study conducted at UCLA revealed that those who have meditated for twenty years have a bigger volume of gray matter. The gray matter is found mainly in the cerebral cortex, which corresponds to the most complex organization of the nervous system and has been linked to the processing of information.

In fact, the gradual loss of cognitive functions in the elderly is due, in large part, to the fact that during aging they lose gray matter, so that the brain “shrinks”, literally. Both Yoga and meditation help us to slow down that process and keep the brain younger.

– Change the volume of key areas of the brain

An investigation carried out at the University of Harvard verified that people who have practiced Yoga during the last 8 years have a greater volume in the areas of the cortex linked with the cognitive functions. It has also been appreciated that after just 8 weeks of meditation the thickness of the hippocampus increases, an area linked to learning and memory.

In addition, both meditation and Yoga decrease the volume of the amygdala, an area related to fear, anxiety and stress. These changes at brain level explain why both practices improve attention and memory, helping us to feel more calm and relaxed. In practice, we learn to give everything its importance because we do not react to all situations as if they were a danger.

One of the most interesting studies conducted in recent years, carried out at Yale University, discovered that meditation decreases activity in the default mode network, which is activated when we are assaulted by negative automatic thoughts.

The problem is that when the mind wanders free, in many cases it ends up developing self-referential thoughts, getting stuck between past and future, which generates worries. In fact, it is no coincidence that the activation of the default mode network has been linked to a higher level of unhappiness and dissatisfaction. Meditation and Yoga do not deactivate this network, but they gently take it back to the present moment, so that it stops becoming our enemy and we can make the most of its creative power.

– Rebalances the neurotransmitters in the brain

Neurotransmitters are substances that facilitate the connection between neurons, so that the information can be transmitted. From that peculiar “cocktail” will depend our mood and also our decisions.

A study conducted at Boston University revealed that a regular practice of gentle Yoga releases an amino acid called GABA in the thalamus. This neurotransmitter exerts an inhibitory function that helps us to relax, which is why it is found in many of the medications for anxiety. After one hour of Yoga, the concentration of GABA in our brain increases by 27%.

Another experiment conducted at Srinakharinwirot University showed that meditation is also very effective in decreasing the level of cortisol, the stress hormone. Both practices also stimulate the production of endorphins and opioids, which stimulate the feeling of happiness and relieve pain, respectively.

How to start practicing Yoga and meditation?

“Yoga is 99% practice and 1% theory”, said Indian Yoga teacher Sri Krishna Pattabhi Jois. For mastering Yoga and/or meditation you need a lot of practice, so that you gradually discover your body’s responses and go deeper into your mind.

However, it is also important to master the theoretical foundations of Yoga and meditation, especially if you are pursuing an important change in your life. It is not just about knowing the positions for meditating or the Yoga postures, but about understanding and making yours the philosophy that lies behind, since that change of attitude will be, ultimately, what will allow you to make the most of all the benefits of both practices.