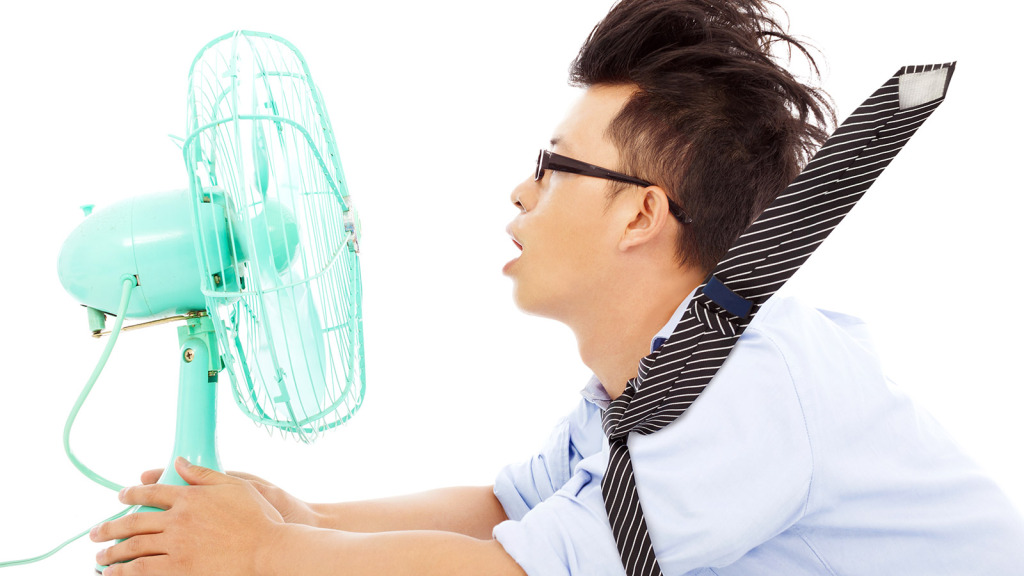 As the thermometer rises, our ability to cope with everyday tasks decreases. It is an inversely proportional relationship. Many people find it hard to perform daily activities when they are close to a heat exhaustion, during the suffocating days of summer.

If you are one of those people and you feel that when there is heat you cannot think clearly, as if your neurons “melted”, you could be right, literally. Harvard neuroscientists have proven that the summer heat does not help us to think better.

The heat exhaustion prevents us from thinking clearly

These researchers recruited 44 people, half of whom lived in an air-conditioned house. They underwent a test to assess their cognitive abilities as soon as they got up in the morning.

The results did not give place to doubts: the people who slept without any type of air conditioning, exposed to the heat exhaustion, obtained worse scores. Exactly, their reaction time was reduced by 13.4% and their cognitive abilities decreased by 13.3%.

These people underwent the tests in the middle of summer, during a period of 12 days, five of which were affected by an intense heat wave. However, the interesting thing is that the effects of the heat exhaustion were maintained after the heat disappeared, an average of 48 hours more.

Another study conducted in Oregon also showed that heat is one of the main enemies of our intelligence. These researchers compared the results of the students in tests conducted in cold rooms, at a pleasant and hot temperature. They discovered that the variations of some degrees caused changes in their performance: at 16 degrees the students scored 76%, at 22 degrees 90% and at 27 degrees 72%.

Why does heat affect so much our cognitive performance?

Our body works to maintain a normal body temperature. When we are too hot, is activated a mechanism to cool the body. This process burns glucose, which is also the main source of energy used by our brain.

Interestingly, we spend more energy cooling the body than warming it when we are cold. Obviously, once we use our glucose reserves to regulate body temperature, the brain has less glucose to use, which means that it takes longer to respond and affects our ability to solve problems and make decisions.

Researchers at the University of Virginia also tested the effects of temperature on our ability to make decisions. Some participants were at 20 degrees and others at 25, since the ideal temperature is 22 degrees, in both cases the body had to work to regulate body temperature.

The task was to identify spelling and grammar errors in an article. The people in the coldest room identified twice as many errors as those in the warmest one. However, the most interesting thing was yet to come.

Of course, the effects of heat are not only physical. The high temperatures usually generate a state of psychological discomfort that also affects our attention and prevents us from concentrating. It is difficult to stay focused on an activity when you sweat a lot or think about how to refresh or how uncomfortable you feel.

In any case, now you know it: if you must make an important decision, it is better not to take it when it’s hot. Or at least, not before you put yourself in front of a fan.