Home » Depression: Don’t you know how to disconnect? 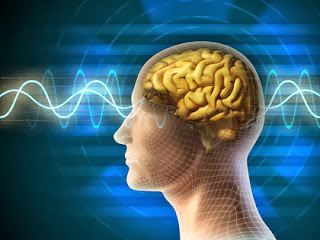 Frequently we use the word “disconnect” to indicate that we need to forget worries and everyday tasks as well as free ourselves from stress. Then we can adopt different strategies, from a walk in nature to take a short break, going to the gym, listening to music or having a relaxing bath.

However, beyond the strategy we adopt consciously, it is true that we deal everyday with a sort of automatic disconnect mechanism that allows us to “switch off the brain” when we are too exhausted. Thanks to this system to say it in simple words, when needed, our brain takes a little vacation. That means; it doesn’t wait for us to realize that we need to take a break but disconnects automatically from reality. It does so in different ways, such as: creating a sense of dullness which prevents us to concentrate and work, and forcing us to dedicate ourselves to other tasks that requires less cognitive resources.
In fact, researchers at the University of Wisconsin recently found that some nerve cells of the brain disconnect themselves for a short moment. These neurons enter a sleep-like mode, especially when we are immersed in an activity that doesn’t require our attention. Meanwhile, the rest of the neurons are active. This disconnection was called “focused dream”.
Now, Andrew F. Leuchter, a professor at the University of California, made an interesting discovery: people with depression have trouble disconnecting their brain. To reach these conclusions he recruited 121 volunteers, all of them with a diagnoses of major depression, and evaluated their brainwave synchronization and connection between the different brain areas.
He discovered that these people show higher activity and interconnection between brain areas at rest. Said this way might sound good, but it’s not, because this means they are very likely to have ruminative ideas and their brain doesn’t recognize the right moment to “turn off” itself automatically when it’s too saturated.
Specifically, they found that limbic and cortical areas, whose concerted work allows us to process the emotions, are constantly exchanging messages, showing a higher activity than that seen in healthy people. Basically, the brain of depressed people would be unable to control the common work among some of the areas which could not disconnect those that are not necessary. As a result, the depressed person remains in a vicious cycle of recurrent thoughts which is very hard to abandon.
The good news are that you can get out of this vicious circle. There are techniques to fight depression that will gradually reeducate your brain. The change is gradual and requires much effort, but the final results are definitely worth it.
Source:
Leuchter, A. F. et. Al. (2012) Resting-State Quantitative Electroencephalography Reveals Increased Neurophysiologic Connectivity in Depression. PLoS ONE; 7 (2).