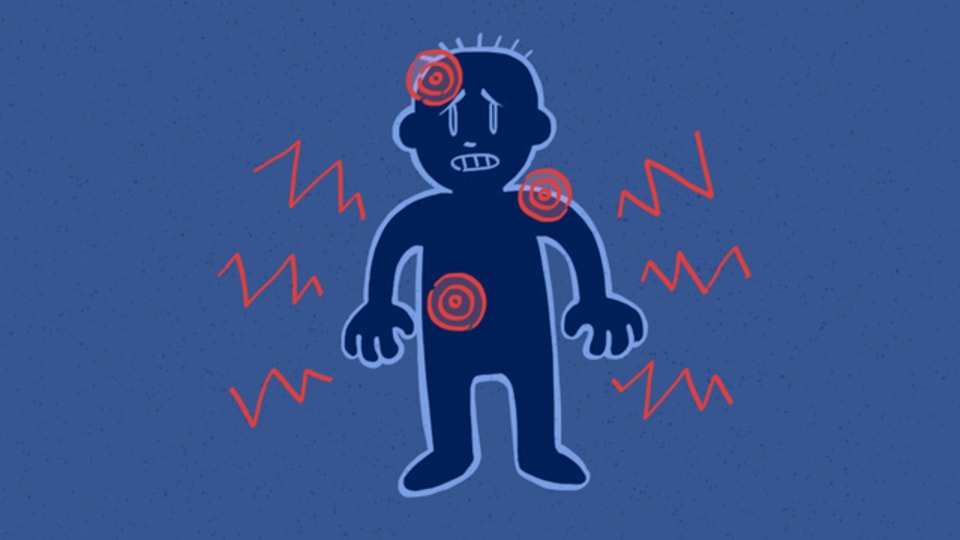 Everyone who has experienced an episode of major depression knows that is a painful condition; depression hurts. It is not the simple sadness or apathy but a deeper pain that is reflected in facial expressions, voice and body language. That pain, like physical pain, becomes worrying, bothersome and prevents us from concentrating on anything else.

In fact, a study conducted in the Clinical Research Department of Lilly revealed that 80% of people suffering from depression also present physical pain. In many cases the painful symptoms hide depression, since the person goes to the doctor for pains and somatic complaints that in fact are part of the depressive syndrome and for which, the analgesic consumption is usually ineffective.

The painful symptoms, that are part of the depressive syndrome, limit the recovery and impact negatively on the quality of life. The “emotional pain” is not a metaphor. Major depression hurts, literally, to the point of becoming intolerable and leading these people to think about suicide as a way to end that suffering. Different studies show why depression hurts and the aspects in common with physical pain.

The 5 points that share the physical and psychological pain

Psychological pain and physical pain often activate the same regions of the brain. The areas that are often associated with both types of pain are: the insula (which facilitates knowledge of our internal states), the regions of the frontal cortex, including the anterior cingulate cortex, and the thalamus, the area where all the sensory stimuli are filtered to determine which are significant and which are inconsequential.

In addition to the common areas of the brain, physical and emotional pains are related to the presence of similar neurotransmitters, such as serotonin, GABA, glutamate and norepinephrine. In fact, the medications for depression, such as selective serotonin reuptake inhibitors (SSRIs), are also prescribed for some types of physical pain, especially the neuropathic pain.

There is a neurotransmitter called “Substance P” that is closely linked to our ability to detect threats and experience physical pain, in addition to being involved in depression. It has been appreciated that the levels of “Substance P” in depressed people are related to certain structural differences in the brain caused by depression.

Cytokines are proteins that regulate the inflammatory response in the body. Inflammation is closely related to physical pain, which explains why anti-inflammatory medications, such as ibuprofen, relieve pain.

When we are depressed, we tend to be more sensitive to pain; the clinical term for this condition is hyperalgesia. The common factor in depression and sensitivity to pain may be the chronic stress. Acute stress usually causes a decrease in sensitivity to pain, such as when you are too much in a hurry and do not even notice that you have cut yourself.

However, the chronic stress maintained over time has an inverse effect: sensitivity to pain increases. This hyperalgesia is what makes depression sore, so that the person notices even the small discomfort that otherwise would be ignored. At the base of this mechanism could also be a defective functioning of the thalamus, one of the affected areas in major depression, which would begin to classify the minor discomfort as painful.

Obviously, that pain and discomfort prevents us from concentrating and hinders our daily tasks, causing some of them to become titanic missions since they request a considerable effort. Still, pain has a positive side since it is a physiological response that drives us to action, motivates us to make changes to get out of that state. In fact, many of the people who search information about how to treat depression do so because they want to alleviate that suffering.