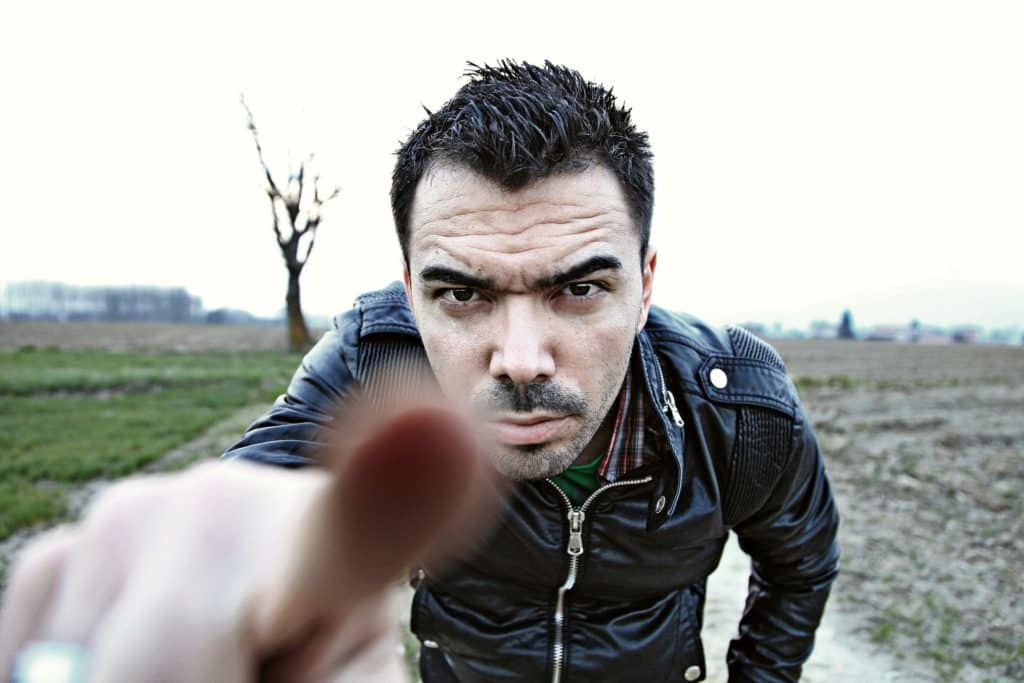 When someone lacks respect for you, does not treat you well or disappoints you, it’s easy to take that behavior personally. It is likely that you blame yourself for what happened or that you think that person has something against you. However, taking things personally is emotionally exhausting and involves a completely unnecessary hard cognitive work that will end up damaging your self-esteem.

There is a huge difference between being thoughtful and taking things so personally ending up damaging your mental balance. If you learn not to take anything personally, you will have greater control over your responses and emotions, you will not allow them to depend on the behaviors of the others. Undoubtedly, it is a great achievement on your path of personal growth that will bring you enormous inner peace.

What does it mean to take things personally?

Bringing things to the personal level is a fairly common cognitive distortion called personalization. Personalization implies getting too involved in situations, seeing ourselves as the navel of the world and thinking that absolutely everything revolves around us.

The problem is that this way of thinking and facing reality can make us very miserable, generating a state of permanent discomfort and great mental suffering. We are likely to end up experiencing emotions such as anxiety, anger or guilt trip. And that’s not good.

It is no less true that it is very difficult not to take criticism, offensive comments or humiliations personally. The behaviors, words and attitudes of the others affect us, we can not help it. However, we can learn to manage those first reactions by adopting a psychological distance from the situation, to prevent it from harming us or adding us to a vicious circle of recurrent negative thoughts.

The most damaging types of personalization and how to avoid them

We all experience disappointment and we have to face different battles in life. However, when we personalize we tend to perceive those events, which in many cases are inevitable, as the result of our failure or as confirmation that the universe conspires against us. If we’re denied the promotion, for example, we can think that the boss does not appreciate us or that he has something against us, although in reality it could be due to a thousand other reasons.

When we take things to the personal level, instead of considering all possible options, we limit ourselves to evaluating those alternatives directly linked to us, reaching probably erroneous conclusions that will later determine our behavior and become a self-fulfilling prophecy.

How to stop taking those things personally?

– Become aware of your tendency to take things personally, especially when situations are beyond your control or do not occur as you wanted. Become aware of how you react to situations that generate disappointment and learn to replace frustration. Do you immediately come to the conclusion that it is your fault or think that the whole universe is against you? Recognizing that tendency to take things personally is the first step to change this pattern of thinking. Only when you recognize personalization you can ask yourself if your answer is rational and look for alternative explanations.

At a certain point you will come to the conclusion that disappointments are part of life, we can not always get what we want because many times those things do not depend exclusively on us. It’s about understanding that sometimes life is difficult, but everything gets even more difficult when you take the bumps of the road in a personal way. Actually, we all have to overcome those bumps, it’s nothing personal. The universe does not conspire against you. You conspire against yourself when you take it personally.

– Recognize that you do not always know the reasons behind the behavior of the others. When someone disappoints you, instead of taking it personally and trying to guess the reasons for that behavior, simply assume that you can not always know why people behave in a certain way. The world does not revolve around you. There are a thousand other variables that may be determining the behavior of that person.

In many cases criticisms, slights or even humiliations say more about that person than about you. In fact, in very few cases the magnitude and intensity of this behavior are proportional to what you have done or failed to do but depend on the previous mood of that person, the expectations he had and a thousand more factors that escape your control.

This mechanism of personalization not only hurts you, since you force yourself to carry a heavy burden that does not correspond to you, but also harms the other person since, by assuming his responsibilities, you prevent him from maturing and take charge of his own happiness

How to stop taking those things personally?

– Question the validity of your beliefs. To what extent are you really responsible for the success or happiness of the others? It is obvious that when it comes to people close to you, your behavior will influence their well-being, but you should not forget that, ultimately, these people must make their own decisions, so your influence will be quite limited.

You can not control their life or make decisions in their place, it would not be fair, so your level of control is limited. And that takes you to a conclusion: you are not responsible for their successes or failures, so you should not take anything personally. You may be willing to help, but you still can not stop those people from trying both sides of life. It happens to everyone.

Overcoming this second form of personalization can be a huge challenge for many people, especially when they have assumed that they are responsible for the happiness of their children, the partner or other close people. However, stopping feeling responsible for the lives of the others is not only liberating but probably also improves the relationship with that person. In one way or another, if you do not take anything personal, you will also be freer, you will regain control of your emotional life and you can make better decisions from a more detached and objective perspective. It is a change that is worth it.