Home » Dunning-Kruger Effect: Why people talk about things they know nothing about? 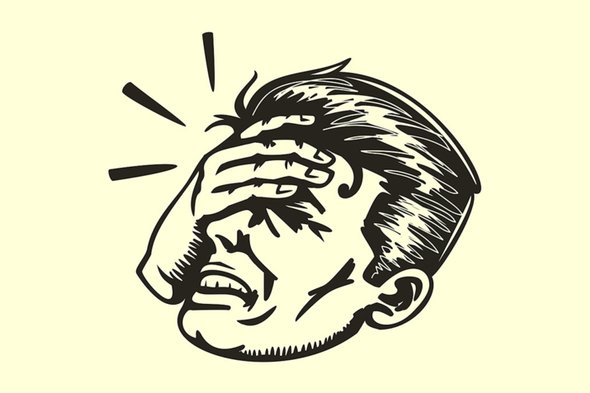 The Dunning-Kruger effect can be summed up in one sentence: the less we know, the more we think we know. It is a cognitive bias with what people with fewer skills, abilities and knowledge tend to overstate those same abilities and knowledge. As a result, they tend to become ultracrepidarian; people who express opinions about everything they hear without knowing anything, but they think they know a lot more than the others.

The problem is that the victims of the Dunning-Kruger effect do not just merely give an opinion or suggestion but try to impose their ideas, as if they were absolute truths, making look the others as incompetent or ignorant. Of course, dealing with these people is not easy because they tend to have a very rigid thinking.

The criminal who tried to make himself invisible with lemon juice

In the mid-1990’s in Pittsburgh, happened something that we might call surprising. A 44-year-old man robbed two banks in full day, with no mask to cover his face and protect his identity. Obviously, that criminal adventure had a very short life, as the man was immediately arrested.

After being arrested, McArthur Wheeler, that’s his name, confessed to having applied lemon juice on his face that would make it invisible to cameras. “But if I put the lemon juice!” Was his answer when he was arrested.

Later, it was discovered that the idea of ​​lemon juice was a suggestion of two Wheeler friends who, joking, said they would attack a bank using this technique to avoid being recognized. Wheeler tested the suggestion, applied lemon juice on his face, and took a photo where he could not see his face. Probably it was due to a wrong shot, but that “test” was definitive for Wheeler, who decided to complete the “genial” plan.

The story reached Cornell University where the professor of social psychology David Dunning could not believe what had happened. So he wondered: is it possible that my incompetence prevents me from seeing this same incompetence?

That was how he quickly went to work with his colleague Justin Kruger. What they discovered through a long series of experiments left them even more surprised.

The study that gave rise to the Dunning-Kruger effect

In a series of four experiments, these psychologists analyzed the competence of people in the field of grammar, logical reasoning and humor.

Participants were asked to estimate their level of competence in each of these fields. Subsequently, they were subjected to a series of tests aimed at assessing their real competence.

It was then that the researchers noticed that the greater the incompetence of the person, the less his awareness. Paradoxically, the most competent and capable people were usually underestimating their skills and knowledge. Thus the Dunning-Kruger effect was born.

These psychologists also concluded that incompetent people in a certain area of ​​knowledge:

– Cannot detect and recognize their incompetence

– Usually do not recognize the competence of others

The good news is that this effect is diluted as the person increases his level of competence and becomes even more aware of his limits.

Why do the less we know and more we believe we know?

The problem with this unrealistic perception is that to do something good, we must have at least a minimum of skills and competencies that allow us to accurately estimate what our performance will be.

For example, a person may think that he sings beautifully because he does not know anything of music and the skills needed to control the tone of the voice and follow the rhythm. So he will say that he “sings like an angel” when he actually has a terrible voice.

The same applies to spelling, if we do not know the spelling rules, we cannot know where we are wrong and therefore we will not be aware of our limits, which will lead us to think that we do not make spelling mistakes.

Indeed, the Dunning-Kruger effect can be seen in all aspects of life. A study at the University of Wellington showed that 80% of drivers considered being above the average, which, of course, is statistically impossible.

This cognitive bias has also been seen in the field of psychology. It is the case of people who argue that “the best psychologist it’s me” simply because they are completely unaware of how they could be helped by this professional figure and the complexity of the various psychological techniques.

In practice, we think we know everything we need to know. And this turns us into closed pople and with prejudices expressing opinions as absolute truths.

How to minimize the Dunning-Kruger effect, for our own good

We all make mistakes for calculation errors, knowledge and foresight. The story is full of epic mistakes, like the iconic Tower of Pisa, which began to tilt before the end of the construction. Only a few years ago, the French government spent 15,000 million Euros in a fleet of 2,000 new trains, so it found that they were too long for 1,200 stations of the country, and consequently had to invest even more to adapt those stations.

In our daily lives we can be mistaken for lack of experience and for overestimating our capabilities. Errors are not negative and we must not escape them, but we can turn them into learning tools, but we must not stumble on the same stone continuously because it would be very frustrating.

In fact, we must pay attention to this cognitive distortion, because incompetence and lack of self-criticism will not only lead us to wrong conclusions, but will also make us make the wrong decisions that will end up damaging us.

This means that in some cases the responsibility for “failures and mistakes” that we commit throughout our lives is not dependent on others or misfortune, but depends on the wrong assessment we make of ourselves.

To minimize the Dunning-Kruger effect and not transform you into a person who expresses opinions on everything without knowing anything, it is enough that you apply these simple rules:

– Be at least aware of the existence of this cognitive bias

– Leave a space for doubt, for the different ways of thinking and doing things

– Always express your opinions in respect for the others. No matter how confident you are in your opinion, do not try to impose it

We must remember that no one is familiar with all the subjects of the knowable, we all have defects and ignore many things. Therefore, the better is to deal with life with humility and the attitude of the apprentice.

How to behave with people who do not recognize their incompetence or ignorance?

People who comment sharply, and above all without knowing the subject and underestimating the opinions of the others, create a strong malaise. Our first reaction is usually irritating or getting angry. It’s perfectly understandable, but it will not work. Instead, we must learn to keep calm. Remember that it can only hurt you what you give it power, what you consider important. And of course, the opinion of a person who is not expert in the matter and does not even know what he is talking about, should not be important.

If you do not want the conversation to go beyond, say simply: “I’ve heard your opinion. Thank you” and close the subject. If you really want this person to be more aware of its limits, the only thing you can do is help him/her develop the skills in that matter.

Avoid phrases like “you do not know what you’re talking about” or “you have no idea”, because in this way you will only obtain that the person feels attached, take a defensive attitude, and close to your proposals. Instead, propose a new perspective. You can say, “I’ve already heard you, now imagine that things did not go exactly that way.” The goal is to make that person open to different opinions and ways to do things.

You can also point out the idea that we are all inexperienced or even deeply ignorant in some field, it is not a bad thing, but an incredible opportunity to continue learning and grow as people.

Sources:
Kruger, J. & Dunning, D (1999) Unskilled and Unaware of It: How Difficulties in Recognizing One’s Own Incompetence Lead to Inflated Self-Assessments.Journal of Personality and Social Psychology; 77(6): 1121-1134.
McCormick, A. et. Al. (1986) Comparative perceptions of driver ability— A confirmation and expansión. Accident Analysis & Prevention; 18(3): 205-208.