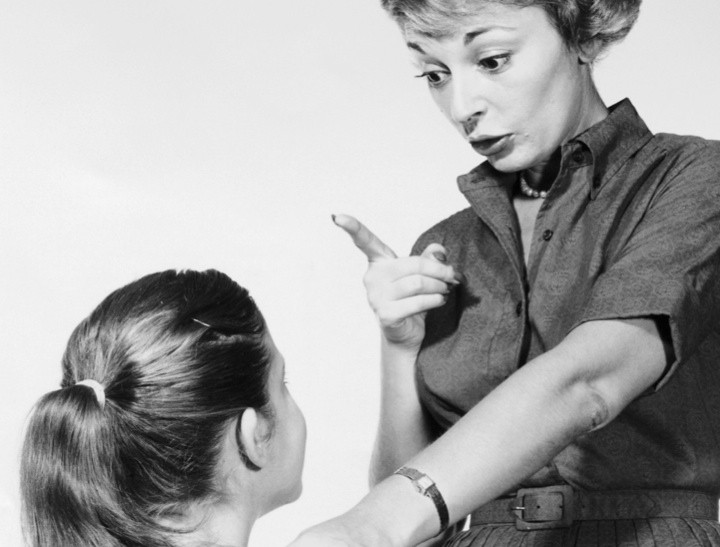 The education we received in our childhood and the type of relationship we established with our parents leave deep traces. Their attention or neglect, their criticism or praise, determined the style of attachment that we developed and had a huge impact on the image we formed of ourselves, our self-esteem and the attitude we assume before life.

However, everything seems to indicate that the consequences of criticism in childhood are not limited to the psychological level but also alter the configuration of the brain. Neuroscientists at the University of Binghamton have discovered that when parents criticize their children excessively, this affects the brain areas dedicated to processing the external emotional states.

Can criticizing children change the way their brain perceives and processes emotional information? This was the question that some neuroscientists raised and to answer it they recruited 87 children aged between 7 and 11 years.

Before, they asked parents to talk about their child for five minutes, so they were able to assess the level of criticism of the parents. Next, they analyzed the brain activity of the children while they saw a series of images of faces that showed different emotions. They found that children of highly critical parents paid less attention to all emotional facial expressions, without distinguishing between positive and negative emotions.

In practice, children subjected to constant criticism avoid paying attention to the faces that express any type of emotion. Obviously, in the long run such behavior could affect their relationships with the others and may even be one of the reasons why children exposed to high levels of criticism are at greater risk of suffering from depression and anxiety.

We all have a tendency to avoid things that make us feel uncomfortable, anxious or sad because those feelings are aversive. We can implement different strategies to avoid such situations but it has been appreciated that children whose parents are very critical are more likely to use avoidant coping strategies when they are in danger.

Actually, it is a basic protection mechanism: when we do not like a situation but we cannot escape from it, our brain tends to “disconnect”. It is exactly what happens to us when we are in a boring meeting that we cannot get rid of. However, this situation is dangerous when it is repeated for a long time throughout childhood, as the infant brain will not be able to establish the necessary connections to adequately process the emotional information.

Children who are victims of constant criticism would avoid focusing and processing the emotional expressions of anger, disgust or discomfort of their parents to not experience the aversive feelings they generate. As a result of that mutilation of the emotional processing system, they are also not able to notice the positive expressions of the others.

This is not the first study that analyzes the impact at the cerebral level of a negative upbringing. A previous research conducted at the Harvard Medical School, revealed that screaming to children damages their brain, specifically the cerebellar vermis, a key area to maintain a good emotional balance.

How to make a criticism really constructive for children?

How can parents ensure that the criticisms they make to their children really help them mature?

– Focusing on the behavior, not on the child. That means not using generalizing labels like “you’re disorganized”. You have to be as precise as possible and say: “You have not picked up your toys, that’s not right”.

– Getting informed before criticizing by the moment that often we criticize assuming that our guesses are true. Therefore, before giving vent to anger or disappointment, you should always ask what happened, listen to the child’s version and try to understand his perspective, although that does not mean that we share it. However, a criticism based on empathy is much more constructive.

– Focusing on the solution, rather than emphasizing the error. We all make mistakes, but if the criticism remains at that level, it will not serve to grow. Therefore, it is convenient to ask the child what he can do to solve the problem or directly propose some solutions.

– Introducing a positive element. It is said that for each criticism we need 8 compliments. Therefore, we should not limit ourselves to highlighting the negative, we should reinforce the positive characteristics of the child. For example, you can say: “It was great that yesterday you collected your toys without being reminded of it, I would like you do it every day since you are a responsible child”.