Home » Emotional Maturity: The art of living peacefully with what we cannot change 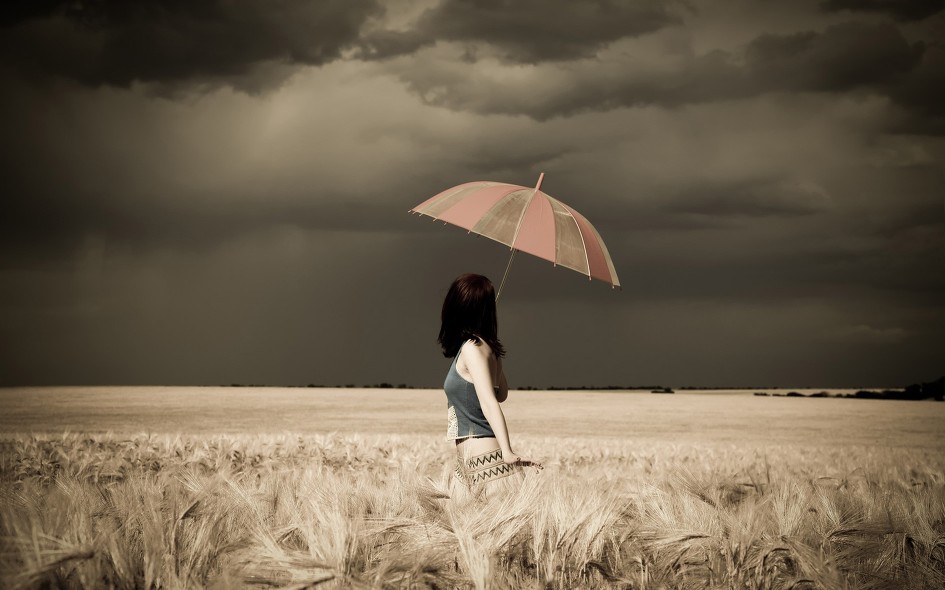 The emotional maturity can be defined in many ways, but the Scottish writer M. J. Croan summed up this concept perfectly: “Maturity is when your world opens and you realize that you are not the center of it.”

Emotionaal maturity doesn’t necessarily come with the passage of time, it is necessary to carry out a deep inner work that often implies a deconstruction of our thought patterns and ways of seeing the world. We’re not more mature because the years go by, we’re more mature because we take better advantage of life experiences to understand ourselves and the world.

What is emotional maturity – and what is not?

Emotional maturity not only implies knowing oneself well, but being aware that we’re not the center of the universe and we need to coexist with a reality that often goes against our desires and efforts.

Maturing means leaving behind our egocentric vision to understand that there is a larger and more complex world, a world that will often put us to the test and will not always satisfy our expectations, illusions and needs.

In spite of this – or perhaps thanks to it – when maturing we’re able to live in peace in that world, accepting everything that we don’t like but that we cannot change. A Max Stirner’s quote summarizes that idea: “The mature man differs from the young man in that he takes the world as it is, without seeing everywhere evils to correct, wrongs to be straightened, and without pretending to mold it to his ideal”.

Denial is a defense mechanism that implies fervently denying reality, even though the evidence and facts show us the opposite. Generally this mechanism is set in motion for two reasons: 1. Because we cling to rigid ideas that we don’t want to change or, 2. Because we don’t have the necessary psychological mechanisms to face the situation.

In both cases, denying reality serves to reduce anxiety in a situation that our emotional brain has already cataloged as particularly disturbing or even threatening. The problem is that reality always wins the game. We cannot hide eternally from reality.

If a violent stalker approaches us in the middle of the street, we don’t close our eyes repeating mentally: “This is not happening!” We understand that we’re in danger and we escape or ask for help. However, we don’t react in the same way in many other situations of our life. When we don’t like something, we’re disappointed or sad, we usually activate the mechanism of denial.

Denying the facts vehemently won’t make them change. On the contrary, it will lead us to make less adaptive decisions that may end up causing us more harm. We must be clear that to adapt to reality, change it or take advantage of it, the first step is accept it.

The person who has already reached a certain degree of emotionl maturity, on the contrary, accepts reality, not with resignation but with intelligence. In this sense, the German psychiatrist Fritz Kunkel said that “To be mature means to face, not to evade, each new crisis that comes”.

Emotional maturity: The art of finding balance in adversity

“Once upon a time there was a man who was so disturbed by seeing his own shadow and disliked his own footsteps so much that he decided to get rid of them.

“He came up with a method: flee. So he got up and ran, but every time he put one foot on the ground there was another step, while his shadow reached him without the slightest difficulty.

“He attributed failure to not running fast enough. He ran faster and faster, without stopping, until he fell dead.

“He didn’t understand that it would have been enough for him to put himself in a shady place so that his shadow would vanish and that, if he sat down and remained still, there would be no more footfalls.”

This parable of Zhuangzi recalls a phrase by Ralph Waldo Emerson: “Maturity is the age when one is no longer fooled by oneself”. The writer referred to that moment in which we’re fully aware of the psychological mechanisms that we put in place to deal with reality and protect our “ego”, that moment when we realize that reality may be difficult but that our attitude and perspective are two essential variables in that equation.

For that reason, emotional maturity inevitably passes through self-knowledge, it means knowing the mental tripping we put on so as not to advance, the mechanisms we use to evade reality and the erroneous beliefs that keep us tied to thoughts and attitudes that don’t bring us anything or even harm us.

This knowledge is basic to deal with the problems and obstacles that life gives us. Unfortunately, there are people who, like the man in the story, never reach that level of self-knowledge and end up creating more confusion and problems, fueling unhappiness and inner chaos. After all, we can run away from many things, but we cannot run away from ourselves. And if we don’t solve our internal conflicts, we will reproduce them wherever we are.

Achieving emotional maturity doesn’t imply passively accepting reality, assuming a resigned stance more similar to the sad surrender of learned helplessness than serenity, but being able to look with other eyes at what is happening, taking advantage of that supposed blow to consolidate our resilience, know each other better and even grow.

The true emotional maturity comes when we practice radical acceptance, when we look reality at the eyes and, instead of coming down, we ask ourselves: “What’s the next step?” That means that, although reality can be painful, we don’t get stuck in the role of victims suffering in vain, but we protect our mental balance by adopting a proactive attitude.

How to develop emotional maturity? Start by laughing at yourself

William Arthur Ward said: “To make mistakes is human; to stumble is commonplace; to be able to laugh at yourself is maturity.” To be able to laugh at our old fears because now they seem grotesque to us, of our magnified preoccupations and of those “insurmountable” obstacles that in reality were not, is an enormous sample of growth.

A study developed at the University of North Carolina revealed that a sense of humor is related to resilience and psychological well-being. But not all kinds of humor is worth, only the humor that is poured on oneself, on our life experiences, is related to psychological maturity and has a huge impact on our negative emotional states, relieving anxiety. In fact, several investigations have shown that sense of humor is a key piece to recover from adversity.

Laughing about our old attitudes, beliefs and reactions not only means that they are part of the past, but that they have ceased to have any emotional influence on us. This ability to laugh at ourselves also allows us adopt a more detached attitude and accustom our ego to the attacks of life, so that it’s not so susceptible and stops perceiving everything as a danger to which it needs to protect itself.

After all, psychological maturity is a process of continuous growth that implies, on the one hand, transcendental self-discovery and, on the other, openness to the world. Only then we become full persons who found the meaning of their lives.