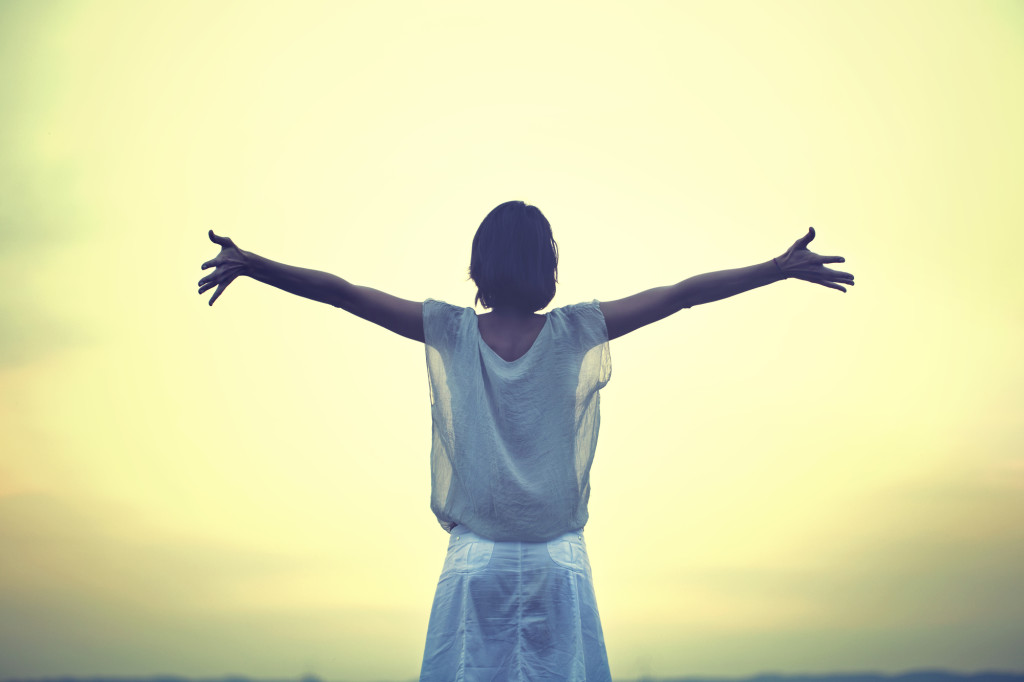 Imagine for a moment that you have been looking for a flat for months and finally you find the apartment of your dreams. You talk to the owner and he tells you that he will let you know as soon as the tenants leave the apartment. You wait a week, then another and another, until you decide to go back to the apartment to find out what happens. Then you find the owner signing a lease with another couple. You get angry and you let him know it, but he just shrugs his shoulders disregarding the situation. You think that it should not be happening. It’s not fair! But it happened. And no matter how much you get angry, you can not change it.

Without a doubt, it is difficult to accept what you do not want to. But it is even more difficult not to accept it. Not accepting pain causes suffering, since this is nothing more than the interpretation we give to that pain and the circumstances that surround it. In situations of this type, it is very useful to practice the radical acceptance.

What is radical acceptance – and what is not?

“If I accept what happened, then it means that I approve it, that in a certain way I am fine with what happened.”

“If I forgive who hurt me, then it means that I allow the abuse, that I don’t value myself enough.”

“If I accept the loss, it means that I can not do anything to change the situation. And that implies that I resign myself to being a miserable people, that I rejoice in suffering.”

Many people think that this is radical acceptance. They believe that accepting is to yield or to weak. There are even those who believe that not accepting reality they will not experience so much pain. Obviously, they are wrong.

Practicing radical acceptance simply means that you are recognizing reality, what happened or is happening, because fighting against it will only intensify your emotional reaction.

Accepting does not mean waving a white flag and giving up. On the contrary, accepting reality, you take control because you can evaluate if you want or it is worth changing it. You can say: “OK, this is what is happening. How can I manage it?”

In other words, radical acceptance does not mean submission or passive resignation, it rather opens the way to the resolution of problems. If you do not like something, the first thing you must do is accept that it is happening, because if you are too busy fighting against that reality, you will not have enough energy to change or improve it.

Radical acceptance is a technique that is part of the Dialectical Behavior Therapy developed by Marsha M. Linehan, a psychologist at the University of Washington, although it has been Tara Brach, a psychologist and teacher of meditation and Buddhism, who popularized it. In fact, radical acceptance has its roots in Buddhist philosophy, according to which it is fundamental to abandon unreal expectations, which are those that feed suffering.

According to Tara Brach, radical acceptance is “To clearly recognize what we are feeling in the present, so that we can deal with that experience with compassion.” Carl Rogers also referred to acceptance: “The curious paradox is that I can only change when I accept myself as I am.” And several centuries ago William James wrote: “The acceptance of what has happened is the first step to overcome the consequences of any misfortune.”

Radical acceptance means accepting life without resisting everything that we can not change. Therefore, it implies saying yes to life, as it is, as it comes.

However, fighting reality only creates suffering. While pain is inevitable, suffering is optional. Suffering is what happens to you when you refuse to accept pain. Finally, denying reality means feeding feelings of bitterness, anger and resentment.

In fact, neuroscientists from Harvard University found that when we are not able to accept what happened and turn the page, the traumatic emotional experiences remain imprinted as painful traces in our brain, and each time they are activated they generate suffering.

The risks of refusing to accept reality

People often say, “I can not stand it,” “It can not be true,” or “It should not be like that.” It’s as if we thought that refusing to accept reality will prevent it from being true.

However, fighting reality is exhausting, and it does not work. Rejecting what happened does not change the situation but adds other negative emotions to the pain we already feel.

Of course, accepting reality is difficult, especially when it is painful. Nobody wants to experience pain, disappointment, sadness or loss. But those experiences are part of life and when you try to avoid or resist them, you only add more suffering to pain.

Radical acceptance is a way to stop suffering and adopt a more active role. It is about assuming that life is full of experiences that you enjoy and others that you do not like. In fact, when you get away or try to avoid sadness and pain, it also decreases your ability to feel joy.

The avoidance of reality can also lead to self-destructive behaviors such as addictions, which can be useful to avoid pain in the short term, but in the long run only make the situation worse.

Radical acceptance proposes to turn your ruminative thoughts into thoughts of acceptance, such as: “I’m going through this situation, it’s painful and I do not like it, but I assume I can not change what happened and I know I’ll be fine.”

Radical acceptance requires practice. It is not easy to accept that traffic is a nightmare, that it starts raining the day you wanted to go to the beach or that you fell ill just before holidays.

However, practicing radical acceptance in everyday situations will help you prepare to accept more difficult circumstances in life, such as the loss of a loved one, the diagnosis of a serious disease or a great financial disaster.

These situations will always be difficult and painful, but accepting them means you can begin to heal. Resisting reality delays healing and adds suffering to the pain you’re already experiencing.

How to start practicing radical acceptance?

Life gives you many opportunities to practice radical acceptance. If you have a problem to solve, you can start there. If you decide that you can not solve it, try changing your perception of the issue, your attitude and expectations about the problem. If you can not change your perception of the problem either because it really represents a hard blow, then apply the radical acceptance.

Start by concentrating on your breathing. Focus on the thoughts coming to your mind about the situation, thoughts like “It’s not fair” or “I can not stand it.” Analyze how those thoughts exacerbate negative feelings and make you feel worse. Take note of those thoughts and emotions and do not cling to them, let them pass as if they were clouds.

Then, repeat in your mind: “It is what it is”. Repeat that mantra several times. Assume that what bothers you has already happened, that it is part of the past and it can no longer affect you, what affects you are the thoughts and emotions that it has generated.

At this point, you should know that you will continue to experience different emotions, they will not be erased in a stroke, but little by little they will be less intense and surely will not last as long as they would if you limited yourself to deny reality.

In addition to alleviating suffering, another benefit of radical acceptance is that you will spend less time thinking about the problem or situation because when you assume that you can not change it, your brain starts to “disconnect” it.

In fact, often people who practice radical acceptance report feeling lighter and relieved, as if they had taken a burden off them.

With radical acceptance pain does not disappear completely but suffering dissipates. And as you will stop suffering, the pain will be more bearable. At this point you will be able to do something, change what you are really controlling.