Home » Hipster Effect: Why do anti-conformists end up looking alike? 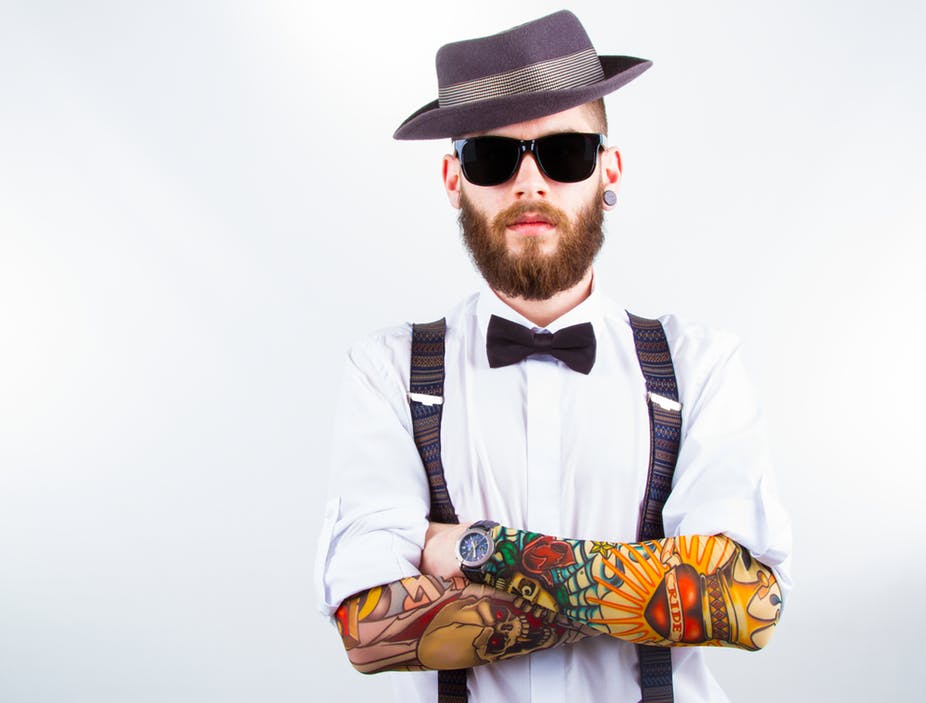 Are you one of the people who say what they think or prefer to keep your opinions to be in tune with the mass? There are those who feel comfortable following the group. They buy what others buy, they crave what others crave and are influenced by the opinions of the others. Others, on the contrary, feel uncomfortable following the mass. They want to differentiate themselves. They are fed up with that homogeneity that blurs us as unique people.

These people, called anti-conformists, have a high need of uniqueness. They experience a psychological state in which they feel indistinguishable from the others, which motivates compensatory acts that allow them to reestablish that sense of oneness.

Then, in a show of rebellion, they make very different decisions from those dictated by the rules. However, sooner or later they will discover that those decisions are actually less original than they thought since, being shared by other nonconformist people, they end up becoming a mode.

What is the Hipster Effect?

The Hipster Effect, or anti-conformist effect, refers to a counterintuitive phenomenon whereby people who oppose the dominant culture end up looking the same as they make very similar decisions. In practice, the compensatory action to recover individuality ends up leading them precisely to undifferentiation. In this way, the revindicating decision ends up losing strength, becoming a mode that catches them in the scenario from which they pretended to escape.

How is the Hipster Effect produced?

Researchers at Brandeis University analyzed how people’s behavior influences the way in which information is transmitted at a social level. They came to the conclusion that our society is composed of two large groups:

The problem is that, by opposing the mainstream, most anti-conformists end up looking alike. At first, these nonconformists act in a random way but as the information spreads, other people who identify with that way of thinking, make those same decisions and a synchronization takes place that turns the unique into identical, the cry of protest into a trend, the revolution in restoration. Thus, this action loses its revindictive character to become a follow-up to the masses.

A very clear example were the first hipsters who left their beards to differentiate themselves from those men who followed the rules and were perfectly shaved. So are those who, renouncing mass fashion, opted for vintage clothes. Today those cries of rebellion have become the new fashion, ceasing to be a sign of originality.

The dangers of conformism

We tend to think that being conformist and following the crowd is the safest option. We think that the feeling of discomfort with being the only dissidents motivates us to conform to alleviate this discomfort. In some cases it’s true. However, psychologists from the University of Buffalo discovered that conformism cause us an enormous damage at psychological and physiological level.

These researchers put people in different scenarios, in some cases they could affirm their individuality and openly express their disagreement and in other cases they had to adapt to the political opinion of the group.

They discovered that in the people assigned to the “conformist group”, who could not express their disagreement, was activated a cardiovascular threat response characterized by a low cardiac output and a high total peripheral resistance. In other words: when they had to sumbit to opinions they did not agree with, their self-confidence diminished and they felt threatened, which triggered an anxiety response.

On the contrary, those people who were assigned to the “anti-conformist group” and who could defend their ideas, lived the experience in a positive, challenging and invigorating way.

This confirms that living continually submitted to the rules, silencing our opinion to not clash, not only leads us to lose our individuality but also makes us live permanently in a threatening scenario that will end up damaging our health.

How to escape te Hipster Effect?

Jonathan Touboul, the researcher who coined the term Hipster Effect, indicates that we are more likely to end up looking like the others when faced with binary decisions. With a beard or without a beard? iPhone or Android? Fashion or vintage clothes?

This means that, in the end, this anti-conformism is superficial because it is still determined by the options offered by society, which are generally in terms of good or bad, white or black, right or left (dualism). These actions of personal reaffirmation are like the rebellious expression of a slave who has not freed himself from his yoke because he continues to move within the limits of the freedom granted to him.

The German philosopher Max Stirner gives us two fundamental ideas that will allow us to escape from the hipster effect: