Home » As the sea affects the brain 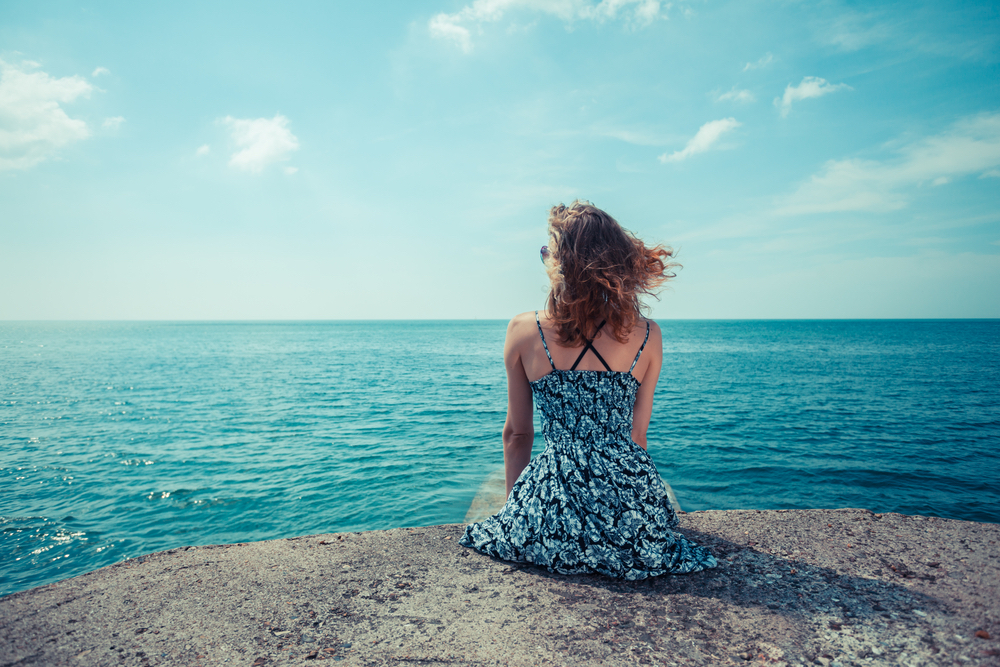 Have you ever felt an incredible peace while walking along the sea, or maybe you felt more energetic and your mood was improved? The truth is that most people experience a feeling of calm, relaxation and well-being, when near the water. Why? Neuroscientists believe that the explanation lies in our brain.

The sea has a tremendous effect on our mind

In essence, the relaxing effect of the sea is due to the fact that represents a kind of “vacation” for our brain compared to the excess of the stimuli to which we submit it every day. In fact, we live in an environment overloaded of stimuli, these constantly bombard us causing an overstimulation that ends up generating a constant state of tension that prevents us to relax.

However, seeing the sea and hearing the sound of the waves allows us to disconnect from this chaotic environment, like we were creating a bubble around us. In fact, the movement of the sea and its immensity have an almost hypnotic effect, which generates a feeling of tranquility and well-being that allows us to regenerate ourselves.

The sound of the ocean waves induces a meditative state and stimulates an attitude of mindfulness. In fact, it is no coincidence that this sound is often used in relaxation sessions since it has been shown to cause changes in brain waves. In particular, the sound of the sea waves promotes the alpha waves, which have been linked to a state of attention without effort. These waves appear when we are relaxed and calm, so focused that the whole environment around us disappears, even time. Interestingly, these waves also promote a state of mental clarity and stimulate creative thinking.

When we are close to the sea, our brain changes its operational mode switching from “occupied” to “relaxed”. The interesting thing is that in this way it is activated the default neural network, which is exactly what has been connected to intuition and the appearance of the most original and creative ideas. What happens is that the sea allows us to forget our worries making sure that the prefrontal area of ​​the brain transfers the control, letting creativity flow freely. In this state we are more open to new experiences and less critical.

– Generates a powerful state of awe and wonder

There’s nothing like watching the immensity of the sea to perceive a mixed feeling of awe and wonder in front of the immensity. In this regard, the psychologists of the universities of Stanford and Minnesota have found that this experience can foster a deep sense of well-being. This type of “expansionary” experiences force us to change the mindset through which we process what we are experiencing, so to produce a dramatic change in our way of thinking that also influences the decision-making process, making us think more about the others and be more generous. It was also shown that these experiences alter our perception of time, as if we were literally immersed in a big bubble.

The environment we live in is full of ions, both negative and positive. It was discovered that the positive ions such as those that emit most of the electronic devices, drain our energy. Conversely, negative ions, which are present in large quantities in the sea, are generating a state of activation. In fact, a study conducted at Mount Carmel College in Bangalore revealed that negative ions have a positive effect on our cognitive performance. The researchers involved the participants into various tests of memory, attention and decision-making process and found that their performance were reduced when the air was full of positive ions and increased when there were more negative ions. Another study conducted at the University of California revealed that negative ions also stimulate the production of serotonin in the brain, a substance that helps us to relax while at the same time we feel full of energy.