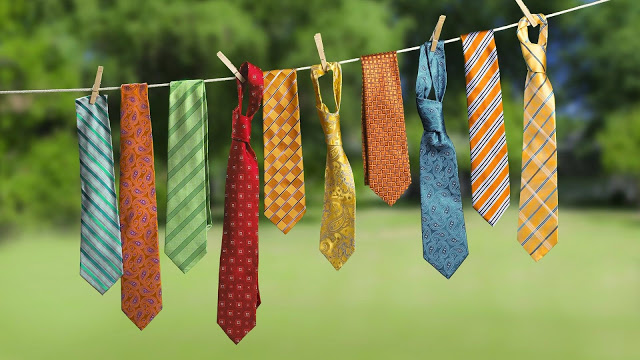 Some years ago, intelligence was a very limited concept, which only foresaw the capabilities to solve problems of a logical nature. However, with the surging of the Theory of Multiple Intelligences, suddenly the concept of intelligence acquired a new dimension, expanding considerably.

For this reason, intelligence is now understood as a capacity to solve problems of any kind, from linguistic to emotional and interpersonal ones. In this scenario, arises a new concept that aims to shift radically the way we think and make decisions: Intuitive Intelligence.

Freud had already referred to this concept by stating that “When making a decision of minor importance, I have always found it advantageous to consider all the pros and cons. In vital matters, however, such as the choice of a mate or a profession, the decision should come from the unconscious, from somewhere within ourselves. In the important decisions of personal life, we should be governed, I think, by the deep inner needs of our nature.”

What Freud was referring to was that sense of right or wrong, of pleasure or visceral rejection, which is generated in the deepest part of us and which we sometimes ignore, to give credit to reason.

What is Intuitive Intelligence?

The idea of ​​Intuitive Intelligence comes from the Canadian sociologist Malcolm Gladwell, who started from the concept of “thin-slicing”. This sociologist maintains that we are capable of giving a sense to situations based on truly ephemeral experiences. Therefore, we also have the ability to determine what is most important in a very short time, even in the blink of an eye. This ability is what Malcolm Gladwell called “Intuitive Intelligence”.

The Intuitive Intelligence enhances our ability to decide and solve problems in a very short time. It is a concept that goes against the grain because we have always thought that to make good decisions, it is necessary to think carefully, not rush and analyze the pros and cons of the situation.

However, the truth is that in a society like the modern one, where there is an excess of information, sometimes less is more, and having more data does not always play in our favor but can sometimes confuse us or lead to inertia. In fact, we already know that when we have many options to choose from, our brain suffers a kind of emotional blockage, being unable to handle so much data, simply it can not decide.

In this regard, in a very interesting study realized in Chicago doctors were asked to change the way they diagnosed heart attacks. The idea was that they collect less information about patients to be able to intervene more quickly and take advantage of precious minutes of time. Thus, they only had to take blood pressure and perform an electrocardiogram, omitting all the data from the clinical history.

As a result of this experiment, today Cook County is one of the best places in the United States in the diagnosis of chest pain.

Of course, convincing the doctors was not an easy task since that procedure went against the pre-established norms. In the same way, it will not be easy for us to be carried away by what we have always considered as “hunches” or forebodings, especially if we must make important decisions that can mark our destiny.

Therefore, Intuitive Intelligence would be nothing more than letting out to conscience everything that we already know, in order to solve a problem and make decisions with extraordinary rapidity. It is not about reasoning, but about knowing how to listen to our unconscious and emotions.

In fact, while traditional intelligence involves a certain degree of reflection and processing, intuitive intelligence is based on the knowledge that we have treasured over the years and that is well stored in the unconscious. And this is something that intuitive people know very well.

Intuitive Intelligence lays its foundations in the emotional brain. It is the oldest area of ​​the brain, responsible for processing the main stimuli from the environment. In fact, when we face situations that we must solve immediately are activated a series of images related to the event in question. In turn, these images activate emotional memories, whether painful or positive, that influence the decision we will make.

For example, when we must decide if we are going to give our partner a second chance, inevitably, in our mind are activated memories of past relationships. These memories pass in front of our eyes, as if it were a movie, and they will tip the scales in one direction or another. If the experiences have been positive, we are likely to decide to give him a second chance, if not, it is likely that we will say no.

This process takes place consciously, that is why we are usually able to explain the reasons for our decision. However, in some cases the process takes place unconsciously. Below the threshold of our consciousness, it takes place a prescreening mechanism that is in charge of examining the different options and deciding which ones will reach the conscience. In fact, this is the first decantation mechanism for alternatives, and it ensures that only the most convenient options emerge. Thus our rational brain is not obfuscated with too many alternatives, with an excessive number of options that it can not handle.

However, this mechanism not only ensures that the rational brain works better and does not block itself but also protects us. In our emotional brain, the negative experiences are burned with fire. Therefore, that brain is responsible for ruling out all those options that could cause harm or reactivate, in some way, that pain.

However, is this mechanism really effective?

The Intuitive Intelligence would be like a decanting mechanism of alternatives, where our previous emotional experiences are essential. In the ’80s and’ 90s, were carried out studies with nurses, doctors and businessmen who had many years of experience and it came out that their first intuition almost never failed.

Of course, Intuitive Intelligence is not, far from it, an infallible tool. Even so, it can be a particularly useful strategy when we must make decisions in which the information is particularly chaotic or we have no way of objectively assessing the pros and cons of the different options.

How to apply Intuitive Intelligence to everyday life?

In any case, it is always convenient to learn to listen to emotions. In a world where we have prioritized reason and we try to make the mind work like a mathematical algorithm, sometimes it is convenient to let talk our deepest desires.

To do this, you can put these principles into practice: