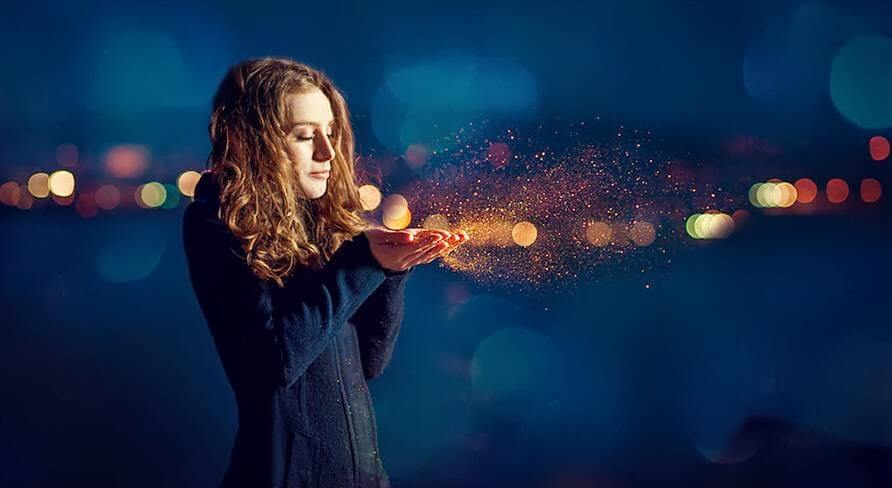 “The intuitive mind is a sacred gift and the rational mind is a faithful servant. We have created a society that honors the servant and has forgotten the gift”. These are the words of Albert Einstein, who knew perfectly the power and importance of intuition. Unfortunately, intuition has been virtually relegated to an esoteric plan sacrificed on the altar of rationality. But we are all intuitive people, only that some have learned to pay attention to the messages of their intuition while others ignore them.

Antonio Damaso, a physician and neurologist, explains what intuition is through the theory of somatic markers. In practice, intuition would be a pre-selection mechanism that takes place under our consciousness threshold and is responsible for examining all options, deciding what are the possible paths between which we can choose consciously.

Intuition is a process that allows us to unconsciously evaluate and discard alternatives, basically relying on our past experiences and our emotions. That is why it is expressed primarily through bodily sensations, some people indicate that they feel it in the stomach or the chest. For this reason, we are inclined to an opportunity rather than another, but we can not explain its reason, it is just a pretense or a feeling.

1. Listen to their inner voice. Intuitive people have a special connection with their unconscious, so they can hear the inner voice that others ignore. By paying attention to these insights or feelings, they have gone “increasingly refining” this communication channel, so they can better decipher the messages send by intuition.

2. They pass time in solitude. Intuitive people often give a lot of value to solitude and enjoy the time they spend with themselves. Take advantage of these moments to connect with their emotions and to do a profound exercise of introspection or just to relax their mind, which is indispensable for intuition to manifest.

3. Listen to their body. Intuitive people have a particular bond with their body, so they are able to capture signals from intuition through sensations such as a “throat node”, “small butterflies in the stomach” or any other physical sensation that sends this second brain. These people feel when something does not work in their body, they have visceral reactions that they can interpret and use in their favor when they decide.

4. They are excellent observers. Intuitive people are often very careful, concentrating on details that go unnoticed to others. In fact, one of the secret weapons of intuition is precisely the ability to capture many details, give them meaning and anticipate what might happen. This also reveals patterns or coincidences that others do not notice, but which then become the basis for making other decisions in life.

6. They connect emotionally with the others. Empathy is one of the secret weapons of intuition. Intuitive people are able to connect with the others at a higher level, allowing them to help them or note that they are going through a bad time.

7. Let go “negative” emotions. Although intuition can create unpleasant feelings, intuitive people are able to handle it and do not be blocked by them. In fact, they’re aware that emotions such as frustration, anger, or resentment choke intuition. This means they are usually fully aware of their emotions and know how to deal with them wisely.

8. They know how to flow. Intuitive people develop a great deal of self-confidence, helping them to deal with adversity with a more relaxed attitude. Not only do they are confident in their ability to deal with obstacles, but also over the course of their lives. These people know that everything comes and goes, so they learn to flow without difficulty, do not clinging to situations, neither positive nor negative. This wisdom gives them great tranquility and equanimity to cope with stumbling blocks.

9. They show great cognitive flexibility. Intuitive people do not have a rigid thinking, they can quickly change their mind when they have an intuition. This means they do not even stick to their decisions, especially when they perceive that are following the wrong path. This cognitive flexibility allows them to correct the plan and get better results.

10. Seek the answers within themselves. Intuitive people do not isolate themselves from the world, take into account the circumstances and know when the wind blows in their favor and when is opposed, but they always have the tendency to look inside to find the answers. This means they make decisions by taking into account their expectations, illusions and needs. So they get a balance that allows them to make the best decisions.

Developing too much intuition can also have “side effects”, especially in a world where logic is overevaluated and emotions are ignored.

2. Foretell disastrous endings that no one else can see. Intuitive people can forsee disastrous endings, both in a couple relationship and in a company. Often this certainty is difficult to handle because they can not always share it with other people or they do not pay attention to them. Being able to capture small details that others do not perceive, gives them this special ability, which is not always welcome.

3. Capture the negative thoughts and emotions of the others. Intuitive people do not read minds, but their sixth sense often allows them to perceive little extraverbal signals that help them to get an idea of ​​what other people are feeling or thinking. Sometimes, noticing that the others are pretending and not be able to say it can be extremely frustrating or irritating.

Is it wise to make decisions driven by intuition?

“When making a decision of minor importance, I have always found it advantageous to consider all the pros and cons. In vital matters, however, such as the choice of a mate or a profession, the decision should come from the unconscious, from somewhere within ourselves. In the important decisions of personal life, we should be governed, I think, by the deep inner needs of our nature.”

These are the words of Sigmund Freud, who referred to that feeling of right or wrong, pleasure or visceral refusal, that we feel deep within us and sometimes ignore to hear the reason.

In psychology there is what is called “Intuitive Intelligence,” which would be our ability to solve problems driven by intuition. In fact, in a series of studies with nurses, doctors and entrepreneurs who had many years of experience, was found that their first intuition was almost never wrong.

Of course, intuition is not an infallible mechanism, but can be very useful when we have to make decisions in a situation where we do not have much information or that is very chaotic. In any case, it is always good to know what our intuition tells us before deciding. So the best thing to do is learn to listen to it.