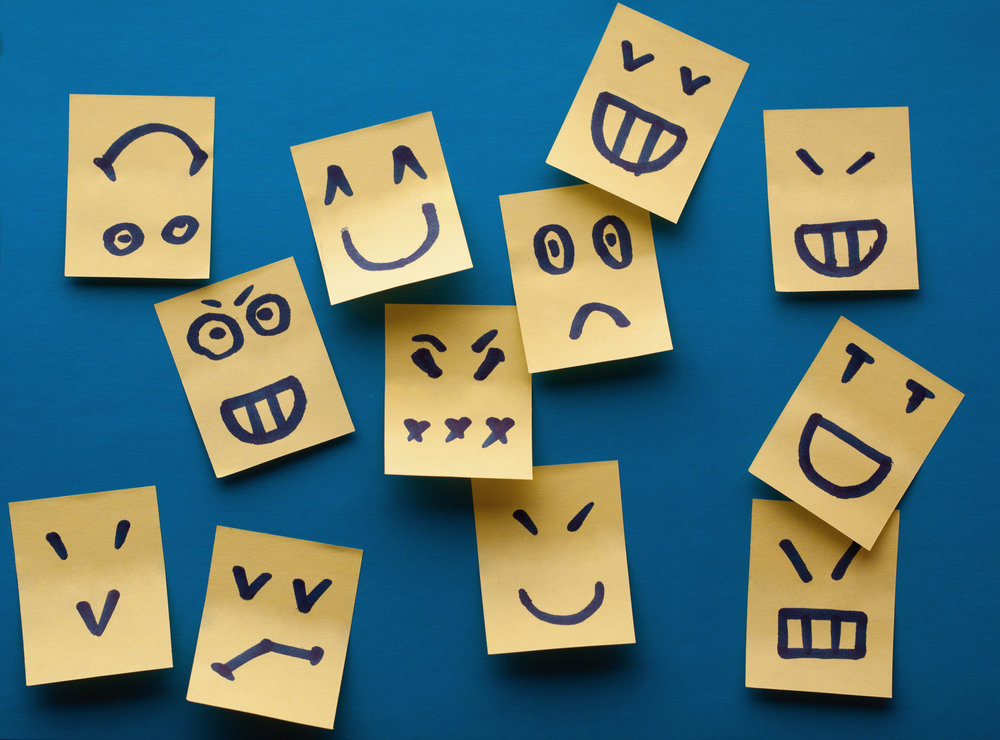 We all experience different emotions and feelings. The human affective sphere is extremely varied. However, we are not always able to name what we feel. We all experience emotions, but not all of us are able to recognize and manage them.

In fact, there are people who have very limited emotional self-knowledge because, although they experience a wide range of emotions, they are not able to accurately recognize them. Obviously, not knowing what emotions or feelings we are experiencing is an impediment to managing them in the most appropriate way.

Instead, knowing all the emotions and feelings will allow us to sharpen our emotional awareness. If you only know one or two musical notes, they will be the only ones you will hear as you will pay more attention to them. If you know them all, your musical universe will expand. The same happens at the level of feelings and emotions.

A study conducted at George Mason University revealed that people who are able to detect and understand their emotions were less likely to turn to drugs, alcohol or food as escape routes.

Other research developed at the University of Kansas went a step further by delving into the impact of emotional self-regulation on a physical level. These researchers found that people with cancer who were able to detect, label and understand their emotions had lower levels of inflammation, a process that is at the root of this disease and is considered a poor prognosis.

Neither feelings are so emotional nor thinking is so rational

We tend to think that emotions and thought are antagonistic processes that exclude or annoy each other. However, the truth is that in each emotion there is a pinch of reason and in each thought there is a dose of feeling.

Although we act guided by the emotions that we are experiencing at that moment, in reality we are also reacting to a complex mental process that has occurred in the background: the cognitive interpretation that we have made of the event.

The truth is that we do not react to reality, but rather to the meaning we give to that reality, and in that case it influences everything from our expectations and needs to our thoughts. Therefore, emotions are not simply reactions to the environment but also to the assessment we make of what is happening to us.

For example, if a person throws a glass of water on us, the most consistent emotional reaction would be surprise since it is an unexpected event. However, when we start to think about that person’s intentions and our rational mind kicks in, we may react angrily, thinking that he did it on purpose. Thus, anger is not an emotional reaction to what happened but to our interpretation of what has happened.

What is the difference between emotions and feelings?

Knowing the difference between emotions and feelings is not a mere epistemological or linguistic exercise, it will help us to better understand our reactions and behaviors, allowing us to regulate our affective responses to achieve greater well-being.

What are emotions? They are reactions of affective valence to certain stimuli, which can be external, something we see or experience, or internal, such as a thought or a memory. Emotions unleash a set of hormonal and neurochemical responses that produce a state of activation, propelling us to immediate action. They are usually relatively fleeting experiences that generate a high degree of pleasure or displeasure.

When they give us terrible news, such as the death of a pet or a loved one, for example, it is an emotion that is activated. In these types of situations our reaction is almost automatic and difficult to control, so that we will feel very sad and it is even probable that we will cry.

What are feelings? Feelings elicit the same physiological and psychological responses as emotions, but they have a conscious evaluation built into them. In other words, they imply awareness and appreciation of the emotion that can be found at its base and the affective experience that we are living. In addition, they tend to be more stable over time.

As the days go by, emotions fade to give way to feelings as a cognitive interpretation of that state occurs. In the case of bad news, for example, the feelings that sadness leaves behind are usually: grief, melancholy, emptiness, restlessness, discouragement or even anger.

Therefore, the main differences between emotions and feelings are:

However, emotions and feelings are often difficult to separate in practice since where there is a feeling there are usually different emotions and vice versa.

Understanding the differences between emotions and feelings helps us, however, not to feel guilty about our first emotional reactions. It also teaches us not to cling to them, so that unpleasant ones can disappear as naturally as they have appeared.

The 3 functions of emotions and feelings

Despite the fact that Western culture has been prioritizing reason for centuries and relegating emotions to the background and even turning them into our enemies, the truth is that they are very useful. Even the most unpleasant emotions play an important role in social and personal adjustment.

Primary emotions are particularly important thanks to their hedonic quality. Fear, for example, favors flight or defensive immobility in the face of danger, while disgust prevents us from eating something that could harm us. Even the expression of fear could be enough to calm a strong reaction from an attacker.

Surprise, on the other hand, encourages us to pay more attention to what is happening in our environment. Therefore, emotions and feelings are a kind of internal compass that allows us to quickly orient ourselves in our environment, generating the most appropriate response.

Feelings and emotions are powerful social helpers. Their expression allows us to predict how other people might behave to adjust our behavior to theirs, which helps us better adapt to social environments.

Emotions allow us to carry out an informative exchange with our interlocutors through small facial gestures, tone of voice or body movements. In fact, we are all capable of capturing emotional micro-expressions and processing them at an unconscious level to understand the emotional states of others and guess their intentions.

This capacity is what allows us to understand that a person is upset and that perhaps it is not the best time to make a criticism or the one that encourages us to approach someone sad to comfort them.

Therefore, emotional reactions not only reveal our affective state, but are also clues that regulate the way in which others react to us. Even repressing certain emotions can have a social function to avoid conflicts or problems in interpersonal relationships.

Another of the most important functions of emotions and feelings refers to their power to energize our behavior. Emotions have a deep relationship with motivation. In fact, emotions can push us to action.

Such is the case, for example, of anger, an emotion that generally triggers aggressive or defensive behaviors. Emotions can generate motivated behavior, direct it towards a certain goal and make us execute it with intensity. Passion is another feeling that can keep us focused on a person or project for a long time.

It is worth clarifying that this motivational function does not depend only on the type of emotion but also on the dimension of like or dislike that it generates and the intensity of the emotional reaction. If we are only angry, for example, we could control ourselves, but if we feel angry it will be more difficult not to give vent to that anger.

How many emotions are there?

In Psychology there is a certain general consensus in talking about 6 types of basic emotions: fear, anger, disgust, sadness, surprise and joy. However, more recent research has shown that the human face is capable of creating more than 7,000 different expressions that reflect a great emotional variety.

Therefore, basic emotions are simply the foundation on which we build more complex and subtle feelings and emotions that color our experiences.

In this list of emotions and feelings, reference is made to positive, negative and variable emotions, but in reality all emotions and feelings can become negative or positive depending on the way we experience and express them. In addition, they are not even all the emotions that exist since there are also other emotional states that we have experienced but that in our language do not have a literal translation, such as pronoia and awumbuk.