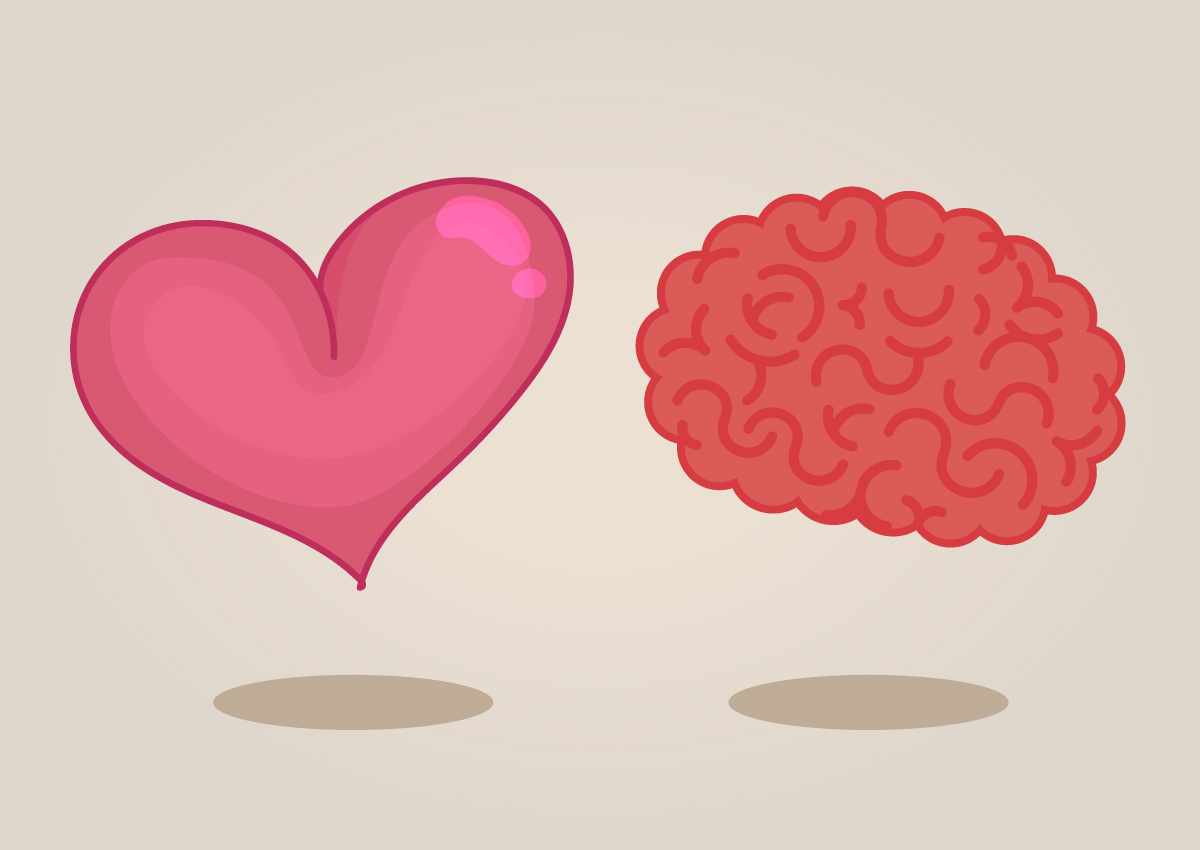 For centuries love has been considered a kind of drug for the brain, a madness that obscures reason, a primitive and visceral impulse that traps us. We believe that love makes us more distracted and disconnects us from the world, imprisoning us in a bubble of happiness.

However, now neuroscience offers us a different perspective. In fact, neuroscientists of the University of Chicago believe that love causes changes in the brain that make us better people, in every sense, including intellectually.

These researchers analyzed the brains of people in love and discovered that love not only activates the emotional brain, as was previously thought, but also the areas related to cognitive functions. This means that love not only allows us to connect emotionally, but could also have a positive influence on our decisions and rational behavior.

According to these researchers, being in love not only makes us feel the famous “butterflies in the stomach” and that feeling of being flying, but can also help us think faster, better anticipate the ideas and behavior of others and even be more creative. Furthermore, love is an excellent tool for fighting stress and negative feelings.

In some experiments were shown to participants images and names of unknown people, friends and their partners, while with electrodes were measured the speed at which the “neural network of love” was activated. In this way it was possible to see that this area was activated in less than half a second, which indicates an elaboration at the unconscious level; that is, our brain reacts in front of the beloved person long before we realize it on a conscious level.

Thanks to magnetic resonance, it has been discovered that passionate and romantic love activates up to 12 different areas of the brain. One of the areas most sensitive to love is the angular circle. In fact, the more the person is in love, the more this area is activated. It is interesting, because the angular circle is found only in humans and primates, and is traditionally linked to abstract thinking and creativity.

These researchers classify it as a “small robot in the brain” because it also helps us to process languages ​​and numbers, as well as managing complex autobiographical data such as self-perception and “mind theory”, which refers to our ability to recognize and assign certain mental states to others.

Therefore, falling in love does not just mean “losing your head for someone”, but it is also a kind of “gym” for the brain, because the angular circle is an area closely connected to other parts of the brain. This is why the researchers believe that falling in love allows you to be a better person.

This idea was confirmed by Neuroscientists of the University of Amsterdam, who believe that love really changes our way of thinking by activating a more holistic thought, which is at the basis of creative processes.

In the experiment, people had to imagine that they had taken a long walk with their partner, had sex with someone, or walked alone. Later they had to solve a series of problems, some required creative solutions and others were simply logical. It was discovered that when the idea of ​​love was activated, people could find more creative solutions.

These researchers think that romantic love leads us to take a long-term perspective because we usually have goals in common with that person. This ability to see things as a whole, projecting them into the future, stimulates a holistic thought that helps us to create more complex and unusual associations, which are the basis of creativity.

Love has no expiration date

The most interesting thing is that love has no expiration date. Although the first vertiginous phases marked by romanticism may seem different from the love that has been nourished over the years, the truth is that our brain makes no difference.

The Neuroscientists at the University of California analyzed married couples over the course of 21.4 years who reported continuing to feel passionate love. They saw that their brains reacted similarly to the early stages of falling in love, producing a large amount of dopamine.

This neurotransmitter is related to the sensation of pleasure, joy and motivation, but has other less known cognitive functions. In fact, it is also responsible for controlling the flow of information to the frontal lobes, so that its decrease can cause memory problems, attention and difficulty in solving problems.

Now you know it: love can also help you be more creative, think faster ant keep your brain younger.