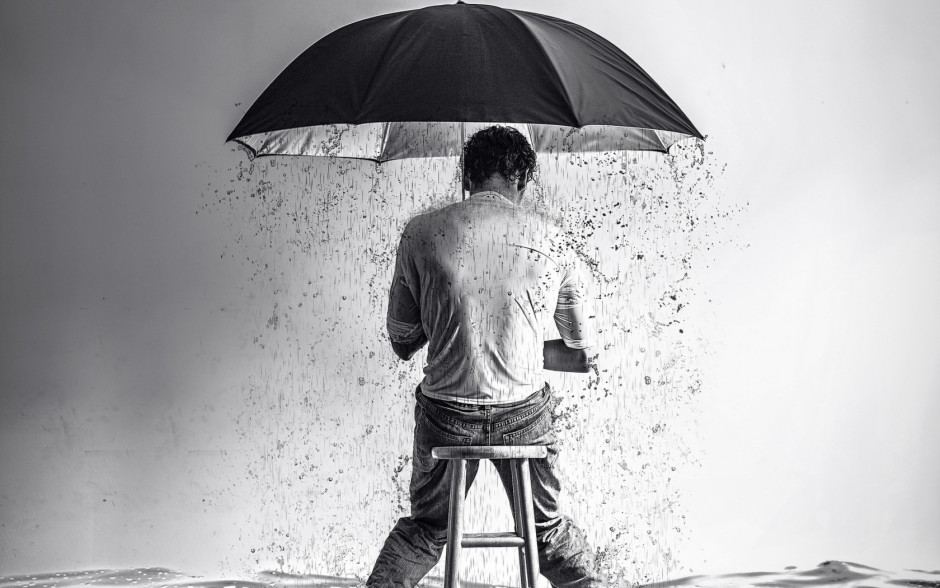 Paul Watzlawick, an Austrian-American psychologist, stated that humans have an innate talent for tragedy. This is demonstrated in one of his books, where he illustrates that turning life into a miserable experience for us and for those around us is a tough full time job.

The art of ruining life is at the reach of everyone

There is currently an imperative that can be encountered everywhere: enjoy. The anxiety to achieve happiness has reached unpredictable limits. But in spite of this, there are still people who do everything to be miserable and turn their life bitter. In fact, if we pay attention to them, we will notice that they devote a huge amount of energy to transform themselves into their own executioner.

Imagination is their most powerful tool to transform their life into an ordeal. However, we must pay attention to these behaviors because no one is free from falling into their networks or starting bittering his or her life without realizing it.

1. Having fear, of all possible and of the impossible

Fear is a normal feeling that has an adaptive role because it protects us from danger. However, when we raise the level of fear we stop living. Living in constant fear is not living, is dying slowly. Miserable people make sure everything becomes a threat, so they end up living in a smaller area of ​​comfort.

2. Getting bored, until sickness and beyond

If you want the time to run more slowly and that every day count, do something new every day. If you want the calendar pages to fly, let yourself be consumed by the routine. The best choice to make life miserable is to do the same things in the same way, follow the same routines year after year and close to everything that is new. These people have all the reasons to complain, but they do not realize that the wall around them has been built by them.

3. Deporting the “amazement” and “marveling” in the country of Neverland

There is nothing that makes us feel alive that the continue discovery. When we discover something new our brain is active and we are happy, satisfied and euphoric. Instead, miserable people surround themselves with an air of “spin doctors”: nothing astonishes them, and what amazes others is classified as plagiarizing something that already exists. Thus, in their lives everything becomes predictable, their existence is full of boredom because they have closed the doors to prevent something wonderful from happening, even if small.

4. Talking about stupid things, for the only “pleasure” to discuss

For miserable people, being right is more important than talking to find an agreement. It’s a difficult issue to handle, especially in couple relationships, because these people are staring into details to ruin the day and, as a result, ruin it to the partner. The problem is that these people do not argue about important things or defend certain values, but they are taken from the euphoria, attack and it is impossible to keep a civil discussion with them.

5. Deleting the word “gratitude” from the vocabulary

These people have developed a very negative view of the world, so they find no reason to show gratitude. They are not able to find something positive in every situation, they do not realize all the good things they have because they focus only on failures, mistakes and weaknesses. They often think that only the “stupid” can feel gratitude and that the world is a valley of tears where nothing good happens.

6. Lamenting of everything and everyone

Since miserable people have no reason to feel happy or grateful, they usually complain about everything, they become chronic lamenters. Both conversation as their inner dialogue focuses only on the negative things that happen to them. They complain when it rains, but even when there is sun, when they have a job and when they lose it when it wins the right and when it wins the left … In this way they lose many good opportunities because they only see the negative side of the situations.

7. The past determines the present, ad infinitum

What has happened in the past is still dragged into the present. These people manage to do the impossible to carry the burden of missed, wasted or ignored opportunities. They even remember the bad grades they received at school, even if they were 30 years old. They think that “bad memories are forever”. However, if the past was better then they think they will never be happier and resign themselves to die a little each day.

8. Choosing the worst version of themselves

We all have certain personality features that do not make life easier for us. Some people tend to be anxious, others obsessive, paranoid or hypochondriac. This is what is known as “accentuated personalities”. Most people try to offset these stretches and limit their effects by improving other positive features. Unhappy people, on the contrary, accentuate them. They do everything to be the worst version of themselves and let these features determine their existence. So they can take for granted that every day of their lives will be negative.

9. Deceiving the others as a paranoid “secret agent”

“No man is a complete island in himself,” said Eduardo Galeano. We need the others, contacting with the others brings us many benefits, but only when we are able to maintain assertive interpersonal relationships. Miserable people make sure this does not happen. They continually deceive the intentions of the others, and if you give them a favor or a compliment, they immediately think that there is a second intention, that you want something or that it is a veiled form of humiliation. Miserable people always depend on what others don’t say, rather than on what they actually say. Obviously, they end up staying alone. So they have another reason to complain about how miserable their life is.

10. If everything goes wrong, the blame is of the others

To live unhappy, there is a way that never fails: blame the others. The problem is that assuming the responsibility means that we also have the ability to be happy and change. On the contrary, miserable people point always their finger against others. All their misfortunes are always the fault of others: parents who did not give them a proper education, a son born too soon, a despondent boss at work, a rude partner or a politician. Every scapegoat is good. But there is nothing better to be miserable than the free hatred.