Home » Propaganda today: how has it been transformed to continue manipulating us?

Propaganda. It seems like an old-fashioned word. Typical of other times. From another generation. And yet, the propaganda has never disappeared. In fact, today it is more active than ever. Its main strong point is precisely that hardly anyone notices it, so it can perfectly fulfill the objectives for which it was designed. As psychologist Noam Shpancer said, “If you don’t hear much about propaganda, that’s what you’re hearing.”

The distant origin of propaganda

Propaganda has always existed, since Ancient Greece. However, the term itself dates back to the 17th century when the Catholic Church strove to propagate its views and worldview in order to curb the rise of Protestantism.

In fact, the first historical document in which the word “propaganda” appears dates back to 1622, when Pope Gregory XV established the Sacra Congregatio de Propaganda Fide or “sacred congregation for the propagation of the faith of the Catholic and Roman Church”. A pontifical propaganda office was then established to coordinate Counter-Reformation efforts against Lutheranism.

A long time has passed since then. After having passed through the Nazi propaganda of Joseph Goebbels and the propaganda of both sides of the Cold War, this concept has gradually taken on a negative halo that refers fundamentally to self-interested lies, generally promoted by certain social control systems to try to manipulate public opinion.

What is propaganda exactly?

Therefore, propaganda lies in the dissemination of information of a biased or misleading nature that is used to promote or publicize a particular political cause or point of view with the aim of influencing public opinion and individuals in particular.

Propaganda has a double objective. On the one hand, it tries to shape people’s views on a certain topic by offering a biased interpretation and, on the other hand, it tries to push those same people into action so that they change their world and support certain ideas.

The Machiavellian principles of propaganda

The American Psychological Association indicates that “Propaganda makes little use of techniques that help people manage their behavior intelligently and bets more on those that induce the individuals to follow their emotional and non-rational impulses.”

The list of the four principles of propaganda used to manipulate public opinion:

2. Focus propaganda on the pattern of “us” against an “enemy”

4. Hide the propaganda as much as possible

In this sense, it is no secret that propaganda was an effective tool used by both Germany and the United States to influence the opinion of their respective populations to “explain” how they should see the opposite side. Through posters, movies, radio, and other media, governments influenced the population to support their cause.

After repeated exposure to this type of propaganda, a phenomenon known as “repetition priming”, people began to believe and defend what each government had told them. For them, the propaganda became the truth.

How does propaganda deactivate our critical capacity?

Psychologist E. Bruce Goldstein believes that propaganda works through priming, which “Occurs when the presentation of one stimulus changes the way a person responds to another stimulus.” In fact, science has confirmed that when we are exposed to claims that we have read or heard before, we are more likely to rate them as true. This is known as the “illusory truth effect”.

In reality, when we hear a story or point of view that aligns with our beliefs, we are less likely to question it. There is no cognitive dissonance. We may even feel good because we have confirmation of what we thought. As a result, we do not check that information because we believe it is already “correct.”

This trap in which we fall occurs due to a complex process at the brain level. Our brain has an “executive control network” that is primarily responsible for our critical attitude and thought. However, a research conducted at Harvard Medical School revealed that fear, such as fear of foreigners, immigrants, or those who are different from us, can deactivate that network.

In other words, fear makes it more difficult for our brain to think critically and objectively, so when this emotion is activated – one of the favorites of propaganda – it is more difficult to detect false information and we are more vulnerable to lies or manipulations.

Participatory propaganda in the age of social networks

Before, propaganda was fundamentally dominated by the power system, which exercised censorship over media such as newspapers, radio and television. Currently, the Internet and social networks have changed that iron control becoming a megaphone for more dissenting voices to be heard.

In this context, a new way of manipulating public opinion has emerged, participatory propaganda or peer-to-peer propaganda. It is a universe in which each person replicates the propaganda message on their networks, getting even more involved with it, feeling more identified with those ideas and, obviously, helping to affirm them as true, in turn exerting pressure on the people who follow them on those social networks.

“Participatory propaganda seeks to offer a new way to restore state sovereignty over people in a new information environment and to rebuild the walls that have been demolished by global horizontal networks of communication. Its objective is to mitigate the capacity of these networks to challenge the sovereignty of the State. If the state cannot control the flow of information and communication, it focuses on the way this information is interpreted and analyzed.

“Participatory propaganda restores state sovereignty from within. It aims to build walls in the interior spaces of the person, configuring categories of perception of the environment. First, it builds the object of a conflict that can potentially divide people, and then it gives it the technological tools to run that propagandistic idea,” wrote academic and journalist Gregory Asmolov for the Massachusetts Institute of Technology.

Propaganda, especially on social networks, becomes an instrument for polarization and disconnection. Generates a socialization of the conflict. It excludes those who think differently and creates bubbles that ratify a vision of the facts. As a result, the dialogue breaks. Logical thinking disappears. Propaganda wins!

Think freely under the siege of propaganda

Propaganda not only silences our critical thinking, but also breaks the bridges of understanding with the other and, what is even worse, it condemns us to obscurantism, feeding a biased and often extremely simplified vision of complex and multi-determined problems. As a result, we become easily manipulated pawns willing to blindly follow certain doctrines.

To escape from propaganda we need to activate our critical thinking and deactivate our fears. Assuming that any medium could be spreading propaganda. Every time someone tells us what to think and which side to be on, an alarm should sound. Every time the official narrative veers in one direction, we should be suspicious. And above all, to escape propaganda we must not think that we are immune to it.

Asmolov, G. (2019) The Effects of Participatory Propaganda: From Socialization to Internalization of Conflicts. JoDS; 6: 10.21428.

Nierenberg, A. (2018) Why Does Propaganda Work? Fear-Induced Repression of the Executive Control Brain Network. Psychiatric Annals; 48(7): 315. 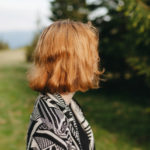