Home » Subliminal Messages: How they affect our behavior? 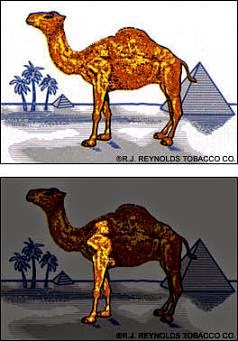 Subliminal messages are processed in the brain but they fail to reach conscience.

About how they could affect our behaviors and decisions is still a widely researched issue, and although the opinions of the psychologists are very different about it, the popular beliefs establish a cause-effect linear relationship between the emission of the message and the behavior of the person. However, the incidence of subliminal messages is stranger than their creators can imagine and sometimes can generate opposite effects.

The reason for the lack of knowledge about the subliminal phenomenon can be understood approaching its history. The first rigorous research in this field was carried out in 1919 by Poetzle, to establish a relationship between subliminal stimuli, the post-hypnotic suggestion and the compulsive neurosis. Then, the study of subliminal perception didn’t call the attention again until the end of the 1950s, when in 1957 Vicary, a researcher of the U.S. market, showed a tachistoscope (a machine that projected on the screen invisible messages that can be captured but do not reach consciousness).

During the view of this movie appeared an extra frame including the following message: “You’re hungry, eat popcorn, you’re thirsty, drink Coca-Cola.” The result was amazing: the sales of popcorn grow of the 70%, while those of the soft drink only 20%. The small increase of the Coca Cola sales led to a further investigation which discovered that in the days of the experiment there were low temperatures so that people did not need to drink so much.

Following this idea the German Martijn Veltkamp, says that subliminal messages only act as “priming”, meaning that certain ideas implanted in our minds can grow or not depending on the need we experience relatively to the object in question. In other words, many of us truly feel the desire to drink, buy, get this or that brand, but often the impulse remains repressed until subliminal messages act as a trigger, turning that desire into a necessity.

On the other hand, the studies that he has developed showed that the information sending a positive subliminal message is much more effective than one that sends negative messages, which is contrary to what was believed until then.

However, controversial results continues to appear about the impact of subliminal messages.

Some researchers at the Hebrew University of Jerusalem have made ​​a curious experiment with 300 Israelites. Two groups were formed randomly, only at one of them was showed the image of their flag. The results? When asked his thoughts on the Israeli-Palestinian conflict, people who “saw” the flag were particularly moderate in their views. The same experiment was repeated, but this time the days before the elections. Those exposed to the subliminal images of the flag showed specific intentions to vote for the center.

In summary, it was expected that exposing people to the subliminal image of a national symbol  would have conditioned their views turning them more into extreme persons, but the results were radically different. The explanations about these unexpected attitudes have not yet been clarified.

Another study conducted at the University of Illinois suggests that advertising campaigns to promote physical exercise have opposite results: people tend to eat more. The secret seems to be hidden in the subliminal message that reaches people through the words, as identical posters with messages “make friends” or “share with the group” did not produce these behaviors, while those whose pictures that were accompanied with quotes like “go to the gym” or “have a stroll” led people to eat 1/3 more food.

Thus, further researches in this field are changing all existing theory about subliminal messages. Personally, I think that regardless the quality of the subliminal images or content, our conscious always play a decisive role. As persons, we all have certain needs and pulses, but we can control them and give our preference to other activities. Where there are strong beliefs, ideas and well-founded thoughts the subliminal advertising will have little incidence.

University of Illinois at Urbana-Champaign (2009, Marzo). Health Campaigns That Promote Exercise May Cause People To Eat More. ScienceDaily.