Home » Psychological Reactance: Why we don’t like to be told what we have to do 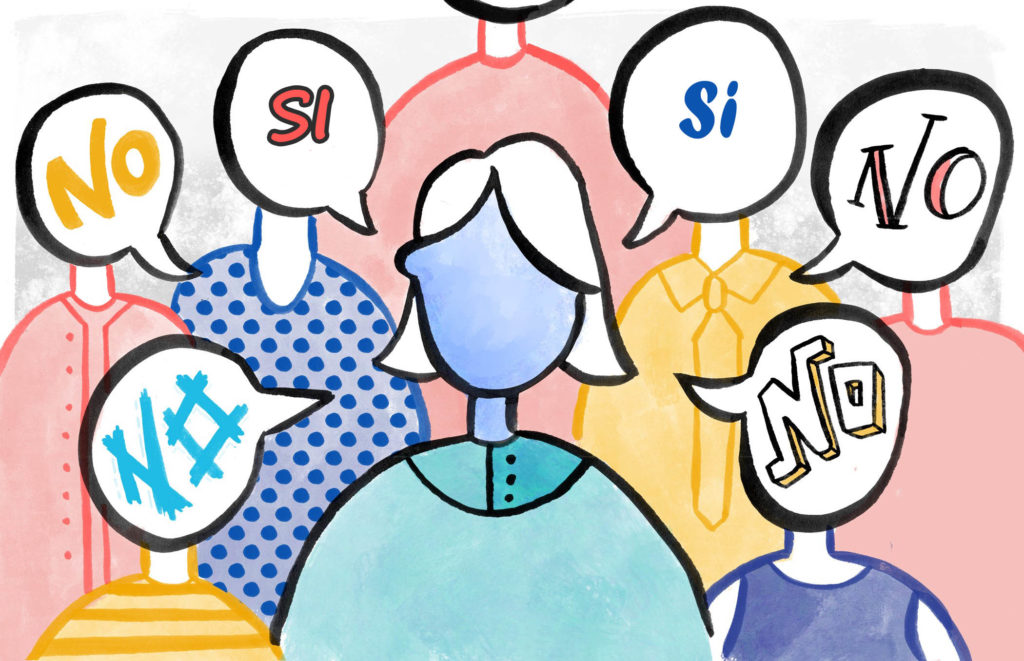 Imagine that you have gone on a diet and you ask your partner to support you and help you eat in a healthier way. After a few days, having a dinner at a restaurant, you order a very unhealthy dessert. Your partner tells you: “I thought you were on a diet!”

It is a simple observation. It is likely that he only tries to help you, but instead of thanking him for reminding you of your goals, you feel that anger is growing inside you. Do you think: “How dare you tell me what I can eat ?!”

If that situation is familiar, you are not the only one. We are all bothered to be told what we have to do. It is due to psychological reactance.

What is psychological reactance?

The concept of psychological reactance comes from a study carried out in 1966, when the psychologist Jack Brehm discovered that at an age as early as 2 years old, we are often struck by the forbidden or difficult to reach.

Brehm found that young children did not show a special preference for toys that were within their reach, but they showed three times more interest in those that were placed behind a transparent plexiglass barrier.

By continuing to study this phenomenon, he discovered that when we perceive that our freedom of behavior is being threatened, we develop an intense emotional response, which he called psychological reactance, which would be the result of a limitation or restriction – real or imagined – of our behavioral options and ability to make decisions.

Psychological reactance usually occurs when we suffer great pressure to accept a certain point of view or attitude. As a result, a resistance is generated that leads us to react in the opposite direction, reinforcing the opposite point of view or inverse attitude. Basically, reactance is a strategy of counterforce to maintain or regain our freedom. We rebel. Plain and simple.

Sometimes we accept quite well the limitations or prohibitions that come from the environment or from other people, but other times we react by rebelling strongly. What does the intensity of our reaction depend on?

1. Expectation of freedom. In order for the psychological reactance response to be activated, it is imperative that we be aware of our freedom, that we perceive that we have the power to make our decisions and we are able to guide our actions. Paraphrasing George Orwell, until we are aware of our strength, we will not rebel. That means that the freer we think we are, the more intense our reaction will be when someone or something tries to limit that freedom. If we aspire to decide for ourselves and take the reins of our lives, any attempt to decide in our place or to limit our options will be perceived as a great threat to our freedom.

2. Importance given to freedom. The more important freedom is for us, the more threatened we will feel and the stronger our reaction will be when they try to forbid something or dictate what we should do. Of course, also freedom under threat must be taken into account. In general, the more important the threatened freedom, the more intense the psychological reactance will be. It is not the same preventing us from having a dessert – as much as we like it – than decide for us which career we should study.

3. Amount of freedoms threatened. If a situation threatens different freedoms, it will cause a greater reactance. The future implications of prohibitions or limitations also influence our emotional response. The implications of not eating a dessert after dinner are not the same as choosing a career, to which we will probably devote much of our lives, for example. Therefore, psychological reactance depends on the consequences of our renounce.

4. Intensity of the threat. Not all threats trigger a psychological reactance response. The more they threaten our sense of freedom, the stronger our response will be. In fact, direct threats often result in more intense rejection. It is not the same that they tell us in an authoritative voice that we cannot eat a dessert than suggest that we should not eat it, for the sake of our health. In fact, different studies have found that telling people who are free to decide for themselves what is good for them, after indicating them a health behavior, is usually enough to reduce psychological reactance since we do not perceive a suggestion as a threat to our ability to decide.

5. Legitimacy of the threat. Reactance also depends on the legitimacy of the source that threatens our freedom. If the threat comes from a source of authority that we consider relevant, important and significant in our lives, the reactance is usually less. In other words, if it is an important person, who exercises some authority on us, we will be more likely to listen to his words without reacting by becoming defensive.

How do we react to psychological reactance? Lights and shadows

There is no doubt that, given an important limitation of our independence, psychological reactance is a mechanism that drives us to defend and preserve that freedom. Fighting for what we believe and, above all, for our right to decide, we take the reins of our life and preserve our identity. However, not everything is rosy. Psychological reactance also has shadows.
The emotions that usually trigger the reactance do not always help us make the best decisions or achieve our goals. In some cases they can even become counterproductive, proving to be an immature reaction. Why?

We cannot forget that the reaction when we feel that our freedoms are threatened has two components: cognitive and emotional. When negative thoughts are triggered, we often feel anger, hostility, frustration and rage. Those feelings push us into action. We feel we need to do something to defend our freedom.

Then we can choose different paths. We can respond with a direct restoration, in which case we try to recover the threatened freedom by developing precisely the prohibited conduct, an option that often creates more conflicts and confrontations.

Another alternative is the indirect restoration, which consists in carrying out a behavior that is equivalent to the threatened one, as for example, we do not eat the dessert but instead ask for a coffee with extra cream and a liquor, which would be the equivalent in calories. The problem with this alternative is that it is rarely satisfactory.

Finally, a third way is what is known as a subjective response, which involves implementing a mechanism of cognitive restructuring of the situation that triggered the reactance, such as: finding the positive aspects of the possible alternatives and changing your mind.

How to use psychological reactance in our favor?

The negative thoughts and emotions that often accompany psychological reactance make it worthwhile to take the necessary time to assess – with more objectivity – how threatening the situation really is. We simply need to take a few seconds, minutes or even days before reacting, in order to weigh the pros and cons, rethinking the experience in a more rational light.
Some studies have found that, trying to put ourselves in the place of the person who is supposedly restricting our freedom and feeling empathy, can help us reduce psychological reactance. That does not mean that we will necessarily do what he asks us or that we will accept that he restricts our freedom, it just means that we can decide, with maturity and objectivity, what is best for everyone, including ourselves, breaking the threads of the emotional hijacking that unleashes the reactance.

Steindl, C. & Jonas, E. (2012) What reasons might the other one have?—Perspective taking to reduce psychological reactance in individualists and collectivists. Psychology (Irvine, Calif.), 3(12A): 1153.