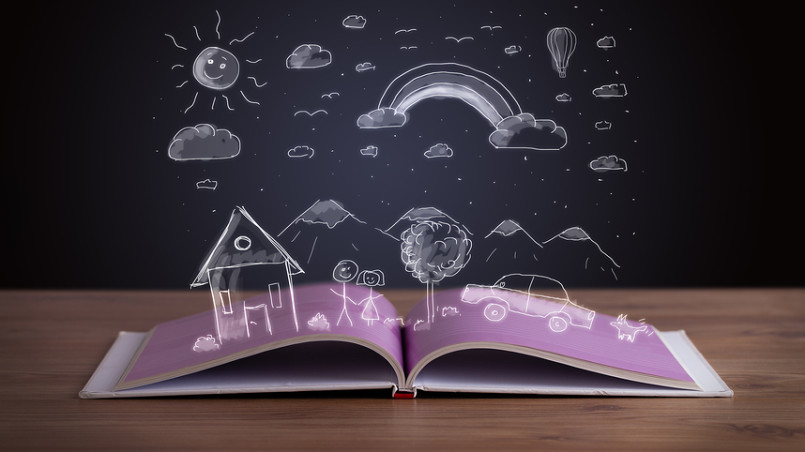 We all love stories, not only those that make us dream but also the psychological short stories to reflect that touch our most sensitive fibers. It is no coincidence that for centuries, the great spiritual leaders of the tribes resorted to wise stories to make reflect the rest of the tribe.

Milton Erickson, an American psychologist and hypnotherapist, realized the enormous power of the psychological short stories and began to apply them in hypnosis and psychotherapy. Erickson realized that the stories come to our subconscious, circumventing the barriers of the conscious mind, so that they can cause a positive change more radical than the best discourse, however logical or stilted it may be.

The power of psychological short stories is that they do not try to convince us, so we do not assume a defensive attitude a priori but we show ourselves more receptive, listen to their message and then reflect on it.

Therefore, reading psychological stories is also a way to prepare ourselves for life and to grow emotionally as they sometimes allow us to understand at once, by insigth, where we are wrong and what we should do to develop inner peace.

A psychologist was developing a group session when, suddenly, he raised a glass of water. Everyone was waiting for the typical question: “Is it half full or half empty?”

– How much does this glass weigh?

The answers varied between 200 and 250 grams. The psychologist replied:

– The absolute weight is not important. It depends on how long I hold it. If I hold it for a minute, it will not be a problem, but if I hold it for an hour, it will hurt my arm. If I hold it one day, my arm will become numb and paralyzed. The weight of the glass has not changed, it is always the same. But the longer I hold it, the heavier and more difficult to bear it becomes.

In a distant kingdom, a king once placed a large rock in the middle of the main road that led to the kingdom, blocking the way. Then he hid to see what his subjects did when they passed by.

He did not have to wait a long time. Soon some of the wealthiest merchants and courtiers of the kingdom passed, who simply surrounded the rock. Many stayed a while in front of the rock complaining and blaming the king for not keeping the roads clear, but none did anything to remove the obstacle.

After a while a peasant arrived carrying a load of vegetables. He stood for a moment observing it and then placed his burden on the ground at the edge of the road. He tried to move the rock with only his hands but could not, so he used a trunk to leverage. After a great effort, he finally managed to push aside the rock.

As he bent to pick up his load, he found a bag, just where the rock had been. The bag contained a good amount of gold coins and a note from the king, indicating that it was the reward for who cleared the way.

Moral: This psychological short story reminds us that overcome obstacles represent an opportunity to grow as people and improve our condition. Many times problems are opportunities to change, to reflect on our ways of doing or even calls for attention. The final result will depend on the way we approach them.

Near Tokyo lived an old samurai who was dedicated to teaching Buddhism to young people. Although he was of an advanced age, there was a legend that he was capable of defeating any adversary.

One day, a warrior known for his lack of scruples went through the house of the old samurai. He was famous for provoking his opponents and, when they lost patience and made a mistake, he counterattacked. The young warrior had never lost a battle.

He knew the reputation of the old samurai, so he wanted to defeat him and further increase his fame. The disciples of the master opposed but the old man accepted the challenge.

They all went to the town square, where the young warrior began to provoke the old samurai:

He insulted him and spat in his face. For several hours he did everything he could to make the samurai lose his composure, but the old man remained impassive. At the end of the afternoon, exhausted and humiliated, the young warrior withdrew.

Disappointed by the fact that their master accepted so many insults and provocations without answering, his disciples asked him:

– How could you have endured so much unworthiness? Why you did not use your sword, even though you could lose instead of showing yourself as a coward before all of us?

– If someone comes to you with a gift and you do not accept it, to whom does the gift belong?

– To who tried to deliver it, of course – replied one of the disciples.

– Well, the same goes for envy, anger and insults – explained the teacher – When you do not accept them, they still belong to whoever carried them with them.

Moral: This psychological story teaches us that we must measure our reactions because when we get angry or frustrated with the others, in reality what we are doing is giving them the control. Many people behave like garbage trucks, willing to leave their frustrations and anger where they allow it.

A teacher wanted to teach his students something that encourages them to reflect on life. Standing in front of them, he took a large jar from under the table and placed it on it. Then he pulled out a dozen golf balls and began placing them one by one inside the jar.

When the jar was filled to the brim and he could not place more balls, he asked his students:

– Is this bottle full?

Everyone said a resounding yes.

Then he asked them:

And he pulled out a small stone bucket from under the table. He threw them into the jar and moved them, so that the stones were accommodating in the empty space between the golf balls.

When he finished, he asked again if the bottle was full.

This time the audience was already guessing what was coming and one of the attendees said aloud: “Probably not.”

Very well, the teacher answered. He pulled a bucket full of sand from under the table and began throwing it into the jar. The sand settled in the space between the large balls and the small stones.

Once again he asked the group: Is this jar full?

That time, the students thought it would be full, it was impossible to put anything else!

– What do you think is the teaching of this little demonstration?

One of the students raised his hand and said:

– The teaching is that no matter how full your schedule is, if you try, you can always include more things.

– No! – the teacher replied – the teaching is that if you do not put the big balls first, you will not be able to put them in another moment.

Moral: In life, as in the jar, we must worry about those things or people really important, which represent those golf balls. If we waste our time in trivialities or in projects that do not give us satisfaction or are significant, in the end we run the risk of not having space for the really important things.

A great Zen master was in charge of teaching the young disciples who had arrived at the monastery. One day the guardian of the monastery died and had to be replaced.

The teacher gathered all his disciples, to choose the person who would have that honor.

– I will present you a problem – he said – He who solves it first, will be the new guardian of the monastery.

He brought a bench to the center of the room and placed on top of it a huge and beautiful porcelain vase in which was a beautiful red rose.

– This is the problem.

The disciples looked bewildered at what they saw: the sophisticated and rare designs of the porcelain, the freshness and elegance of the flower … What did that represent? What to do? What was the enigma? All were paralyzed.

After a few minutes, a student stood up, looked at the teacher and the other disciples, walked to the glass with determination, removed it from the bench and put it on the floor.

– You are the new guardian – the master told him, and explained- I was very clear, I told you that you were facing a problem. No matter how fascinating or rare, problems must be solved.

Moral: This psychological story warns us of the dangers of being stuck in the contemplation of the problem, something that often happens in everyday life, when we remain ruminating about the situation to be solved, postponing the solution, often out of fear. Instead, we should only learn to face them. We must remember that many times the weight of unresolved problems is havier than the consequences of it.